The Lessons From El Nino

Patrick Michaels
|
Posted: Mar 24, 2016 12:01 AM
Share   Tweet
The opinions expressed by columnists are their own and do not necessarily represent the views of Townhall.com. 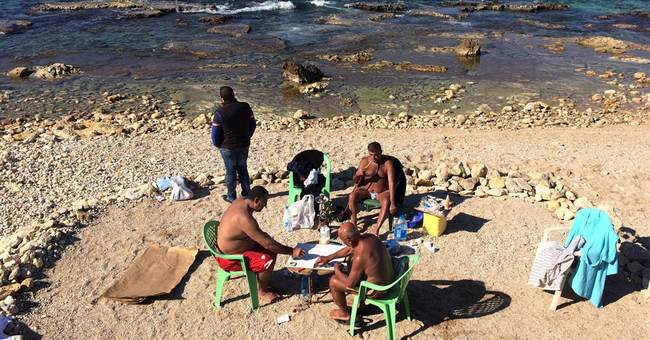 As noted in a March 18 Reuters article by Karen Braun, the very strong El Niño event is showing signs that it is rapidly unwinding, and when it does, there could be some major changes in global temperature.

El Niño is a periodic weakening—or even a reversal, as is the case with this one—of the easterly trade winds across the tropical Pacific.  In their more common configuration, they diverge massive amounts of water away from the coast of South America, forcing a huge upwelling of cold water, which is one of the reasons that Lima, Peru, is one of the coolest tropical cities on the planet.  By changing the winds, El Niños keep all the chilly water under the surface.  As a result, global temperatures often show a profound peak when El Niño rages.

El Niños have come and gone for eons, and contrary to the breathless reporting about their horrors, they are pretty compatible with the biosphere.  Yes, El Niños are associated with flooding rains in California.  They’re also a pretty nifty way to replenish the snowpack out there, and many desert seeds will only germinate after being jostled around by the large-scale overland flooding that they often cause. They literally make the desert bloom.

The wind reversal tends to peter out after about a year, and then all the cold water that should have surfaced appears with a vengeance, and average global temperature tanks, often to values lower than before the event began. That situation is called La Niña, which tends to associate with particularly nasty winters in eastern North America.

The current El Niño is about as strong as one gets, comparable the big one that peaked in 1998, and a look at the lower atmospheric satellite data may be revealing what is about to happen.  You can find it here.

The similarities are striking.  The 1998 event was so toasty that Tom Karl, the head federal climatologist, proclaimed it a “change point”, and that from then on, global warming would occur at a much faster rate that before.  In reality—until he changed the data last summer—global warming promptly stopped.

You can still see the “pause” in the satellite data that provides the closest match to calibrated weather balloon readings taken twice daily.  Even with the current peak, there’s no statistically significant warming trend over the last 19+ years.

Note what happened after the 1998 peak.  Global temperatures dropped nearly a degree Celsius (1.8°F) in less than a year.  There was another El Niño that peaked in early 2010 in the satellite data,  followed by a rapid fall of about 0.7°C (1.3°F).  These are highlighted in the graph linked above.  In fact, each of the strong El Niños of the last 35 years was followed by a big temperature drop.

There’s been a lot of debate in climate circles about where temperatures are going to settle in the next year or two.  If they drop back down to where they were before it all began, will our beneficent federal scientists find something else “wrong” with the data?  Or, will temperatures settle down at a higher level (but with no trend going forward)?  There’s some evidence—and no one has a clue why this is so—that global warming really isn’t smooth at all, but is characterized by jumps after a strong El Niño-La Niña cycle. Or will a statistically robust warming trend finally appear after La Niña?

Climate models, which are very poor at representing El Niños, have said forever that the last one is what should have been happening all along.

But the lesson from El Niño is that they have it all wrong.  Apparently the only thing they are good for is to serve as the basis for the US and the UN’s plans to dramatically change the way we live.