When Will Climate Scientists Say They Were Wrong? 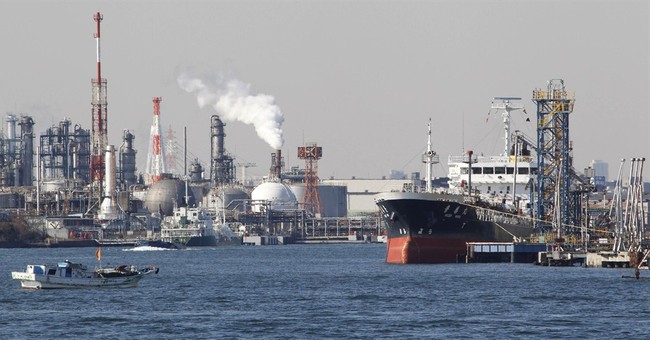 Day after day, year after year, the hole that climate scientists have buried themselves in gets deeper and deeper. The longer that they wait to admit their overheated forecasts were wrong, the more they are going to harm all of science.

The story is told in a simple graph, the same one that University of Alabama’s John Christy presented to the House Committee on Natural Resources on May 15.

The picture shows the remarkable disconnect between predicted global warming and the real world.

The red line is the 5-year running average temperature change forecast, beginning in 1979, predicted by the UN’s latest family of climate models, many of which are the handiwork of our own federal science establishment. The forecasts are for the average temperature change in the lower atmosphere, away from the confounding effects of cities, forestry, and agriculture.

If you look at data through 1995 the forecast appears to be doing quite well. That’s because the computer models appear to have, at least in essence, captured two periods of slight cooling.

The key word is “appear.” The computer models are tuned to account for big volcanoes that are known to induce temporary cooling in the lower atmosphere. These would be the 1982 eruption of El Chichon in Mexico, and 1992’s spectacular Mt. Pinatubo, the biggest natural explosion on earth since Alaska’s Katmai in 1912.

Since Pinatubo, the earth has been pretty quiescent, so that warming from increasing carbon dioxide should proceed unimpeded. Obviously, the spread between forecast and observed temperatures grows pretty much every year, and is now a yawning chasm.

It’s impossible, as a scientist, to look at this graph and not rage at the destruction of science that is being wreaked by the inability of climatologists to look us in the eye and say perhaps the three most important words in life: we were wrong.