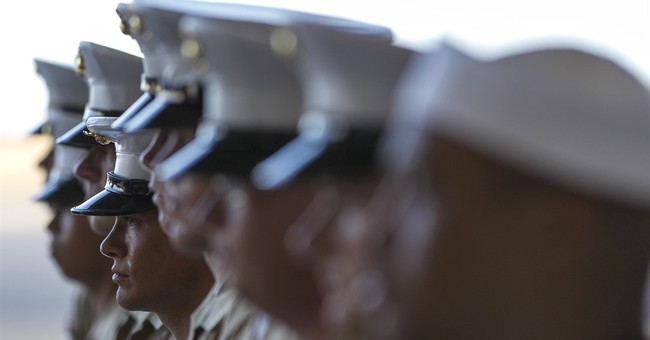 Americans do well with moderation. It is in our national DNA. It is also a by-product of the freedom of expression and allowing different perspectives in the public forum.

In foreign policy, non-interventionism is the moderate stance, and it has served Americans well in her four hundred or so years.

As British subjects, American colonists were compelled to fight for the British crown, until they felt compelled to defend themselves against the king’s army. After centuries of European conflicts dragging Americans into war, national independence yielded a non-interventionist foreign policy for the infant nation. George Washington advised in his farewell address to avoid longterm alliances with foreign powers and maintain neutrality, referring to the on-going battle between England and France and its effects on the political climate in America.

John Quincy Adams crafted the Monroe Doctrine in response to Europoean threat in the Western hemisphere, establishing an assertive U.S. national defense policy by drawing a metaphorical line in the sand along the Prime Meridian. In response to the 1848 nationalistic revolutions in Europe, President Millard Fillmore expressed the prevailing American view that the U.S. must grant to other nations what it wanted for itself, the right to establish “that form of government which it may deem conducive to the happiness and prosperity of it own citizens.”

For 122 years, America remained primarily a non-interventionist country, teetering between isolation and intervention, but striking a balance, as Americans are wont to do. U.S. foreign policy shifted to intervention with the 1898 Spanish-American War, signaling the U.S.’s foray into imperialism, albeit limited compared to her European cousins and rising economic rivals in Asia.

As European cycles of conflict culminated into the outbreak of the Great War in 1914, America and her piddling military force maintained a policy of neutrality, with calls for isolationism, until entering the world war in 1917 for the sake of world democracy and Woodrow Wilson’s “war to end all wars” -- an ironic propaganda slogan if ever there was one. World War I’s near destruction of Western culture snapped the U.S. back into its non-intervention stance and calls for isolation, until the next world war, that is.

Geographical buffers protected the U.S. from imperialistic communism and fascism in Europe and Asia until Japan shattered them, and America’s psyche, at Pearl Harbor in 1941. The unprepared U.S. was propelled into another world war seven times more destructive and forever changing her role in the world. After nearly a year of building the neglected armed forces, the U.S. emerged as a leading military and economic power in World War II and thereafter, rivaling the Soviet Union in international relations and influence.

The futility of military intervention in Vietnam revived a non-interventionist spirit, but also yielded a depleted and demoralized military under President Jimmy Carter.

The 1979 Iranian revolution rearranged the pieces on the chess board of ancient rivalries little understood by most nations outside the region. The volatility of the Middle East required a consistant U.S. policy of non-intervention: counter Soviet influence, seek alliances with moderate Arab leaders, and reduce the influence of radical Islam. President Ronald Reagan’s foreign policy of “peace through strength” also required rebuilding the military and diplomatic services.

Twenty-four years later, the Soviet Union no longer exists, but the fallout of their intervention in the Middle East is playing out in Iran, Iraq, and Afghanistan. In its absence, various tyrannies have risen and taken hold. Since the end of the Cold War and with the rise of Radical Islamic terrorism, American foreign policy has struggled to find its anchoring principle: When does national defense justify intervention into the affairs of other sovereign states? President George Bush effectively applied a functional principle for the 1992 Gulf War: When one power invades the sovereignty of another and threatens the stability of the region and beyond, similar to the Containment theory against Soviet expansion. The international force of Western and Arab powers reinforced the validity of the intervention.

Radical Islam continued to foster anti-American passions in underground terrorist groups in Saudi Arabia and Afghanistan, most notably led by wealthy Saudi Osama bin Laden. Out of a false, sacred loyalty, Radical Islam cannot criticize and hold accountable their own failed leaders, so they must redirect their anger. Radical Islam blames America rather than their own inept, tyrannical leaders, for what they perceive as infidelity to Allah.

When Al Quaeda achieved ultimate infamy with their attacks on September 11, 2001, President George W. Bush retaliated immediately with a bombing campaign and invasion of Afghanistan, quickly breaking the Taliban’s hold on power, and pushing Al Quaeda into seclusion in the mountains. His controversial decision to invade Iraq in 2003 diverted needed resources from Afghanistan and changed mid-game the goal and strategy of U.S. foreign policy from non-intervention to intervention. President Bush prematurely declared victory in May 2003 and shifted policy from a military mission to state-building and reconstruction, an extreme shift at a great cost to Americans and consequently enlongating both wars.

Justified or not, the invasion of Iraq has proved that interventionist policy is risky and most difficult to execute effectively without a clearly defined goal and strategy, particularly an exit strategy. After almost fourteen years fighting in Afghanistan and twelve years in Iraq, President Barack Obama has no clear strategy to bring either to an end. Haphazard timetables and undisciplined foreign policy keeps the U.S. in a quagmire, fighting the longest war in her history.

The Obama administration’s intervention in Libya under Secretary of State Hillary Clinton created more chaos. Talk of intervening in Syria’s civil war lacks a clear definition of America’s interests in taking action, leading war-weary Americans increasingly to advocate a non-interventionist policy. Perpetual war does not work in the best interests of the U.S.

The rapid rise of the Islamic State (I.S.I.S.) since 2011 presents the world with yet another new, international chess board, with their taking over eastern parts of Syria and western sections of Iraq, a consequence of the U.S.’s unclear exit strategy. Meanwhile, billions of dollars worth of U.S. military equipment sits rusting in the Afghan dessert. One billion dollars worth of U.S. military equipment is now in the hands of I.S.I.S. as they terrorize and capture more territory, controlling the city Raqqa in Syria and Mosul, Iraq.

Echoing Fillmore in 1848, moderate Sen. Rand Paul states, “I don’t see war as just a chess game . . . We’ll topple this government and replace it with American-style democracy. We should only go to war to defend ourselves and our interests.” The Obama administration has failed to define America’s interests abroad, and weakens international relations with When we do go to war, we should equip, support, and prepare our soldiers, seamen, and flyers with the best the U.S. produces and halt foreign aid to countries that work against us.

The U.S. needs a foreign policy that protects American interests, yet, allows other sovereign states to find their own style of government that suits their own citizens, which explicitly would prohibit decapitations and live burnings. Before the U.S. intervenes, moderate Islamic states should lead the way with their own interventionist policies follow the example of the Kurds and put their own “boots on the ground.”