And in Other News 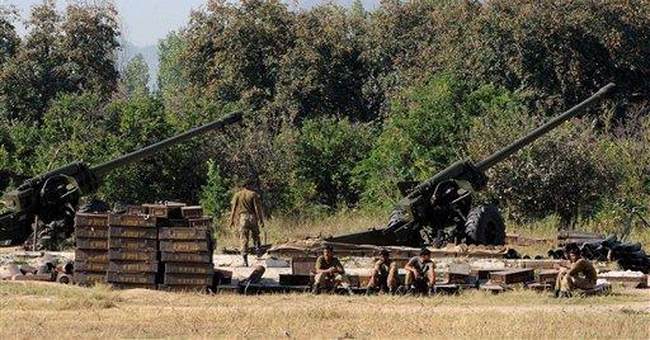 WASHINGTON -- The potentates on the Potomac have been so busy ranting about an imminent financial "catastrophe," dissecting Sarah Palin's debate debut and prognosticating John McCain's political demise that other news -- particularly about the war being waged against radical Islam -- has been hard to find. Here are some facts about the campaigns in Iraq and Afghanistan that haven't captured the attention of our so-called mainstream media:

First, and most importantly, the campaign in Mesopotamia is all but won. This week, the 2nd Battalion, 9th Marines arrived in Anbar province -- once the bloodiest place on the planet -- to assume the mission of honing the skills of Iraqi forces, who are now responsible for security in the largest of Iraq's 18 provinces. Iraqis -- instead of Americans -- now are conducting most combat operations against al-Qaida remnants and Shiite militias throughout the country.

Second, despite predictions that "it couldn't be done," the al-Maliki government has announced plans for provincial elections before year's end. The Iraqis also are completing an oil-revenue-sharing plan and quietly are concluding a status of forces agreement with the U.S. on the disposition of American troops. Though Iranian interference in Iraq's internal affairs continues, U.S. and Iraqi special operations forces quietly have been rolling up terror networks set up by Iran's Islamic Revolutionary Guard Corps.

Gen. Ray Odierno, the new U.S. commander in Iraq, demurs from describing the current situation a "victory" because bloodshed still occurs. This week, Sunni suicide bombers in Salahuddin province and Baghdad killed 28 and wounded more than 30 Shiite worshipers celebrating Eid al-Fitr -- the end of their Ramadan fast. Rather than pushing the country toward "civil war," events such as these increasingly have alienated insurgent groups from the civilian population. Despite these attacks, violence is at a four-year low. Though widely unreported, U.S. military and diplomatic officials express quiet confidence that Iraq is well on its way to becoming our closest ally in a part of the world where we need reliable friends.

There is also good news from Afghanistan that generally is ignored by our political and media elites in their efforts to find only gloom and doom in the campaign against a resurgent Taliban and the remnants of al-Qaida. On Tuesday, U.N. Secretary-General Ban Ki-moon reported that this year, 30 aid workers have been killed, 92 have been kidnapped and 22 World Food Program convoys have been attacked. On Wednesday, President Bush met with Gen. David McKiernan, the senior U.S. military commander in Afghanistan. Both men acknowledged the current spike in violence in Afghanistan, which was precipitated by cross-border activity from Pakistan and Iran. Though they also observed that there have been improvements in health care, education and transportation, press reports of the meeting emphasized that 2008 has been the bloodiest year for U.S. troops in Afghanistan since 2001.

Gen. McKiernan made clear that he needs more troops, military hardware and reconstruction aid "as quickly as possible" in order to prosecute an effective winter campaign against a "surge" in foreign terrorists, which includes Pakistanis, Chechens, Saudis, Uzbeks and Europeans. It is a point we made repeatedly in our Fox News Channel reports from Afghanistan in August and September.

We also noted that relying on our "NATO partners" -- the consequence of a United Nations resolution -- has not worked. Today there are 33,000 U.S. troops in Afghanistan, but only 20,000 of them are under direct U.S. operational control. The rest report to NATO's International Security Assistance Force -- 31,000 personnel from 39 other countries. With the exception of the British and Canadians, most ISAF troops have so many "national caveats" on how and where they can be employed that they are effectively noncombatants.

Unlike Mesopotamia, where U.S. troops have trained and equipped more than 400,000 members of the Iraqi security forces since 2003, the Afghan National Army and Afghan National Police -- supposedly advised and outfitted by ISAF -- still number fewer than 60,000. None of this is good news, but it is about to change.

Gen. David Petraeus has ordered Central Command to review the disposition of U.S. forces in his theater and -- equally important -- NATO roles and missions in Afghanistan. In the aftermath of the Sept. 20 suicide bombing at a Marriott hotel in Islamabad, Pakistan, the Pakistani government is renewing efforts to rein in Islamic radicals. Last week, Afghan Defense Minister Abdul Rahim Wardak called for the creation of a combined Afghan, Pakistani and U.S. security force for the porous, mountainous and largely ungoverned Afghan-Pakistani border region, where 10,000-15,000 al-Qaida and Taliban insurgents have havens. Pakistan's new president, Asif Ali Zardari, apparently likes the idea, as do U.S. commanders in the field.

Meanwhile, Baitullah Mehsud, titular head of the Taliban in Pakistan, is dead, and the Pakistani army is prosecuting a successful campaign against al-Qaida militants in Bajaur agency, in Pakistan's Federally Administered Tribal Area. Though Defense Secretary Robert Gates predicts that it will be springtime before an additional 10,000 U.S. troops will arrive in Afghanistan, Gen. McKiernan already has received some of the aviation assets he needs to support his planned winter offensive.

In their constant effort to paint a dismal picture of the war, the masters of our media failed to report all this. Perhaps they will do better next week.