You Paid For It: Vivaldi-listening Cats, Coked-up Quails, and Monkey Marriage Proposals

Noelle Callahan
|
Posted: Feb 02, 2019 12:01 AM
Share   Tweet
The opinions expressed by columnists are their own and do not necessarily represent the views of Townhall.com. 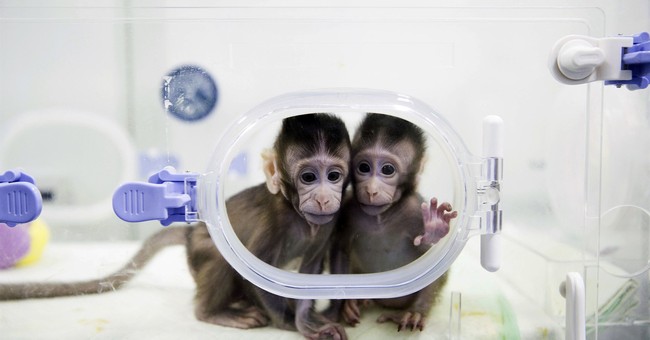 As Sen. Ernst explains in her press release: “The [NIH] supported ten different cat studies—funded from grants totaling $1.3 MILLION of your money—that concluded  classical music has an effect on cat behaviors. For example, a study found that after playing classical music for cats every day, they were less likely to poop outside of the litter box or cough up hairballs.”

Kudos to Sen. Ernst for letting the cat out of the bag about this boondoggle. Her report provides yet another a case study for why more transparency and accountability about federal spending on animal experiments are so badly needed.

NIH is especially deserving of Ernst’s dishonorable distinction. The agency squanders an estimated $15 billion annually on questionable animal experiments like these, roughly half of its entire research budget. At the same time, NIH’s own awardees report that 87.5 percent of biomedical research—especially animal experiments—is wasteful. Our two-million-member taxpayer watchdog group is the only organization dedicated to defunding the rampant waste and abuse in government animal laboratories.

Recently, in his holiday-time Waste Report, Sen. Rand Paul (R-KY) wrote, “Sometimes, there are federal grants that perfectly encapsulate everything broken with the federal scientific research subsidization industry. One such grant is the much-popularized “quails on cocaine” study….” He was referring to an NIH-funded project in which quails were given cocaine and their sexual habits were observed in order to study “cocaine use and risky sexual practices” that have already been observed in humans. The cost to you and me? A cool $874,000.

It gets worse. As we documented in our “Ivy League Flunkers” report co-authored with former Sen. Tom Coburn’s (R-OK) organization Pursuit, Princeton University experimenters have spent over $3.7 million and counting in taxpayers’ money to study why humans can talk and monkeys can’t. Their proud achievement?Creating a computer simulation of what it might sound like for monkeys to say “Will you marry me?” Hard to believe taxpayers are funding this, right? Listen to the primate proposal that you paid for.

At an event we co-hosted last year with Congressman Matt Gaetz (R-FL), he skewered other wasteful and bizarre NIH animal experiments, including what he called “ghoulish and horrifying” tests where pregnant animals were force-fed massive doses of herbal supplements used to induce “homemade abortions” to see if it harmed the mothers and their unborn babies.

We also highlighted with Rep. Gaetz how the NIH has spent over $30 million, 10 years, and 3,000 animals on outlandish tests in which animals were locked in chambers and exposed to large blasts of cell phone radiation—greater than ten times that of an iPhone—all day long for two years, from before birth until they were killed. NIH researchers told reporters, “Given the inconsistent pattern of the findings, the fact that the subjects were rats and mice rather than people and the high level of radiation used, [NIH] could not extrapolate from the data the potential health effects on humans.” Even the lead experimenter on the project admitted, “I have not changed the way I use a cellphone.” Yet, in typical government fashion, in November the agency announced plans to continue the reckless project.

Senior House appropriator Rep. Ken Calvert (R-CA) has just re-introduced bipartisan legislation that would improve transparency and accountability about these and other NIH animal tests, stating, “I am reintroducing the FACT Act in order to protect animals and taxpayers from unnecessary animal tests funded by the federal government.”

Last Congress, Republicans led the charge to combat this waste and abuse. WCW’s work with GOP lawmakers was responsible for restricting wasteful testing on dogs at the Department of Veterans Affairs, shuttering monkey nicotine addiction tests at the Food and Drug Administration and improving oversight of taxpayer-funded animal experiments at the NIH, and other agencies like the Environmental Protection Agency and U.S. Department of Agriculture.

There’s more work to be done, but thanks to waste warriors like Sens. Rand Paul and Joni Ernst, we’re starting to send wasteful and stupid experiments on cats and other animals to the litterbox of history where they belong.