Iran to the Rescue 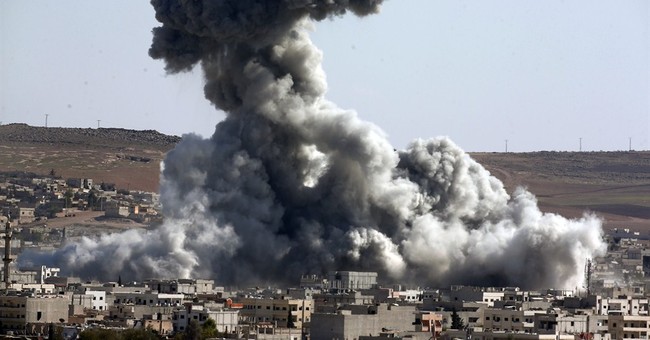 North Korea-Sony Pictures: The spokesman for the Policy Department of the National Defence Commission (NDC) of North Korea (DPRK) Sunday gave the following answer to the question put by the Korean Central News Agency (KCNA) concerning a wild rumor spread by South Korea that linked "the recent extra-large hacking in the US with the DPRK."

"The SONY Pictures, a film producer in the U.S., has reportedly been attacked by hackers. The hacking is so fatal that all the systems of the company have been paralyzed, causing the overall suspension of the work and supposedly a huge ensuing loss."

"Much upset by this, the US mobilized many investigation bodies including FBI, CIA and the Department of Homeland Security for urgent investigation and recovery of the system."

"We do not know where in America the SONY Pictures is situated and for what wrongdoings it became the target of the attack nor do we feel the need to know about it."

"But what we clearly know is that the SONY Pictures is the very one which was going to produce a film abetting a terrorist act while hurting the dignity of the supreme leadership of the DPRK by taking advantage of the hostile policy of the U.S. administration towards the DPRK."

"We already called upon the world to turn out in the just struggle to put an end to US. imperialism, the chieftain of aggression and the worst human rights abuser that tramples down the universal rights of people to peaceful and stable life and violates the sovereignty of other countries, as well as its followers."

"The hacking into the SONY Pictures might be a righteous deed of the supporters and sympathizers with the DPRK in response to its appeal…..The U.S. should also know that there are a great number of supporters and sympathizers with the DPRK all over the world as well as the "champions of peace" who attacked the SONY Pictures. The righteous reaction will get stronger to smash the evil doings."

Comment: Most news coverage of the above statement judged that it constituted a denial of North Korean involvement in the cyber-attack against Sony Pictures. It contains no words of admission ordenial.

India-Jammu and Kashmir State: On 8 December Prime Minister Modi will hold an election rally in Srinagar in northern Jammu and Kashmir State, to campaign for candidates from his Bharatiya Janata Party (BJP) in legislative Assembly elections. India press said this will be his first campaign visit to Srinagar. In response to a recent increase in militant terrorist attacks, security was extremely tight.

For his rally, Prime Minister Modi has chosen the same spot from which former BJP Prime Minister Atal Bihari Vajpayee reached out to the people of Kashmir in 2003. The BJP holds only 11 seats in the assembly, but has a goal of winning 44 of the 87 constituencies.

Background. On 9 December, voters in Jammu and Kashmir State will participate in the third phase of a five phase legislative assembly election process. The first two phases, on 25 November and 2 December, featured turnouts that ranged from 60% to 81% of registered voters.

Militant Kashmiri separatists have tried to disrupt the elections, or at least call their legitimacy into question, by means of a surge in terrorist attacks. Most of the attacks have caused little loss of life. The terror campaign has failed to keep Kashmiris from voting.

The most serious attack to date occurred on 5 December at an army camp in the Uri area in north Kashmir. Militants killed 16 people, including eight soldiers and five policemen. Government forces killed six militants. The Army called the militant attack a suicide mission and said that they are carrying out a combing operation to find any remaining militant in the area

"Six terrorists entered the Mahura Army camp in Rampur area of Uri at three in the morning. We have killed all six of them, and in the encounter eight of our soldiers and five policemen lost their lives too," an Army spokesperson said. One of the dead terrorists was a Pakistani national who was wanted for multiple crimes. The government judges that all six men came from Pakistan.

Comment: Low level drive-by attacks have occurred almost daily during the election period and are likely to continue. They have failed to deter voters.

The issues are local, but the ruling coalition, which includes the Congress Party, is likely to be voted out of office, according to Indian political experts. They wrote that the mood of the country favors development over entitlements, evidenced by the election of Prime Minister Modi. They expect the national sentiment to be reflected in the election results in Kashmir, but doubt that the BJP can reach its elections goal.

Iran-Iraq: A senior Iranian official confirmed that Iran has executed air strikes in Iraq against Islamic State of Iraq and the Levant targets, at the request of Iraqi officials.

Iranian Deputy Foreign Minister Ebrahim Rahimpour said Iran did no coordinate the air attacks with the United States. He also said the purpose of the strikes was to "defend the interests of our friends in Iraq….We did not have any coordination with the Americans. We have coordinated only with the Iraqi government….In general, every military operation to help the Iraqi government is according to their requests."

"We will not allow conditions in Iraq to descend to the level of Syria, which has been created by foreign players….And certainly our assistance to Iraq is stronger than our assistance to Syria, because they are nearer to us."

Comment: Iranian officials consistently have denied that Iranian aircraft conducted tactical air strikes in Iraq. The news service video images of an Iranian F-4 fighter in Iraqi airspace apparently made further denials futile. Besides, this proof of Iran's willingness to use force to support its allies serves multiple purposes. Most importantly it emphasizes the importance of a neighboring Shiite-dominated government.

Rahimpour's statement that Iran will not allow conditions in Iraq to descend to the level of Syria indicates Iran is prepared to intervene more openly and in larger force, to prevent ISIL from capturing Baghdad. This appears to be the first time that a senior Iranian official has expressed Iran's strategic interest in Iraq in such frank and stark terms.

Syria: Over the weekend, fighting continued at the Syrian air base near Deir el Zour. On Saturday morning, fighters from the Islamic State of Iraq and the Levant (ISIL) appeared to have the initiative. In dawn attack, ISIL fighters entered several areas of the base. Later government forces counterattacked and drove out the attackers. News services reported heavy casualties on both sides but none reported casualties.

Comment: The ISIL fighters reportedly withdrew beyond the base perimeter, which suggests they dominate the area outside the base. They will attack again.

Israel-Syria: "This afternoon, the Israeli enemy targeted two safe areas in Damascus Governate, namely the Dimas area and the Damascus International Airport," the military statement said. Some installations had been damaged, it added, without elaborating on what had been hit.

It described the air strikes as "direct aggression" carried out to help the Syrian government's opponents.

The UK-based Syrian Observatory for Human Rights reported that its sources said that 10 explosions were heard near Dimas, close to the Syria-Lebanon border. The group also said that there had been eight air attacks against targets in the eastern outskirts of Damascus, and that a warehouse near Damascus airport had been hit.

Comment: The usual reason for an Israeli attack against Syrian targets is to stop arms transfers to Hizballah forces. The limited description of the targets and the locations suggest these attacks had a similar purpose. Significantly, Syrian official media made no mention of attacks against Syrian military targets or of Syrian military casualties.