On Occasion, Even the Russians Get it Right in the News 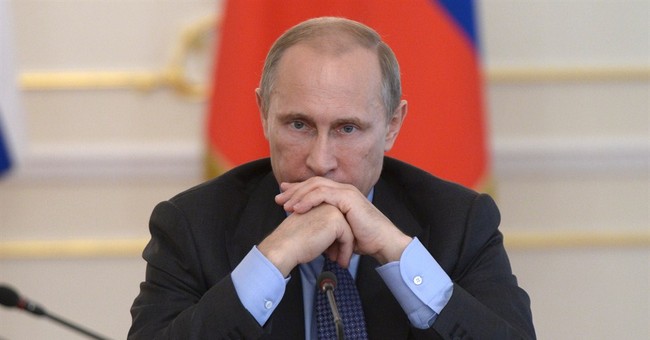 Afghanistan: Over 400 Taliban attacked army and police checkpoints in Hesarak District of Nangarhar Province in eastern Afghanistan. They killed six government personnel and wounded eight. The government claimed 60 Taliban were killed. A spokesman for the Interior Ministry said this attack was similar to that in Sangin District in Helmand Province in southern Afghanistan.

Comment: The government's figure for Taliban casualties normally is exaggerated by a factor of ten. The key point not mentioned in the press accounts is that the government forces apparently held the district center against a superior Taliban force, at least for a day.

This is the fourth district to be attacked by large Taliban forces in four provinces that are not adjacent. The Taliban are trying to achieve sensational effects that weaken confidence in the national government.

A more significant issue for the government is that Taliban commanders in widely separated areas are capable of assembling fighting forces in battalion strength to execute sensational attacks. The Taliban do not have to hold districts to undermine confidence in the government. They just need to keep attacking to prove that no district is secure.

Ukraine: US sources reported that Ukrainian forces have begun using short-range ballistic missiles with conventional warheads against separatist targets in eastern Ukraine. The Kyiv regime claims continued progress in securing the crash site of the Malaysian airliner and in the offensive to capture the city of Donetsk.

Comment: The western news media continue to cheer lead for Kyiv's forces, hindering an accurate sense of the security situation in eastern Ukraine. The separatists always appear to be on the verge of defeat, but somehow manage to hold on. Russian media also is heavily biased, but occasionally contains useful factual information. Today it reported that parts of Donetsk received artillery fire from Ukrainian forces.

The shelling reports represent admissions against interest, making them believable. Those reports indicate Ukrainian forces have made progress towards Donetsk. The Ukrainian generals hope to divide the separatist territory by capturing Donetsk.

If the Russians are providing military assistance to the separatists as the US government asserts, it appears to be making no difference in the fighting. If Ukrainian forces capture Donetsk, the secession will devolve into an insurgency, unless Russian forces intervene.

Cameroon: President Paul Biya fired two senior officers in northern Cameroon because of the recent attacks by Boko Haram. They were responsible for stopping Boko Haram attacks, but failed.

Today, a force of Cameroonian soldiers rescued the wife of a deputy prime minister whom Boko Haram kidnapped on Sunday. There are few details of the operation, but 16 terrorists were killed. The Cameroonian government also announced that it has now deployed 3,000 soldiers to the north to fight Boko Haram and has ordered a review of its military strategy in light of the kidnapping.

Comment: The press account of the rescue did not specify the location of the raid or provide other details, but apparently it was in Nigeria. What has not yet been explained is how Cameroonian soldiers could accomplish in 48 hours what the Nigerians have never succeeded in doing - rescuing a hostage without killing the hostage.

Libya: Retired general Hifter's forces in Benghazi sustained a setback today. Ansar al-Sharia and other Islamist fighters overran the base of a special forces unit that sided with Hifter in fighting the terrorists.

A special forces officer said, "We have withdrawn from the army base after heavy shelling," Saiqa Special Forces officer Fadel Al-Hassi told the press. At least 30 people died in the fighting.

Fighting at the airport in Tripoli was reduced today.

Comment: Most Libyan analysts judge that Hifter and his allies have lost their momentum for now. Nevertheless, his campaign against the terrorists has tied them down and limited their ability to export fighters to Iraq, Syria andother Islamist insurgencies.

NightWatch is brought to readers of Townhall by Kforce Government Solutions, Inc. (KGS), a leader in government problem-solving, Data Confidence® and intelligence. Views and opinions expressed in NightWatch are solely those of the author, and do not necessarily represent those of KGS, its management, or affiliates.