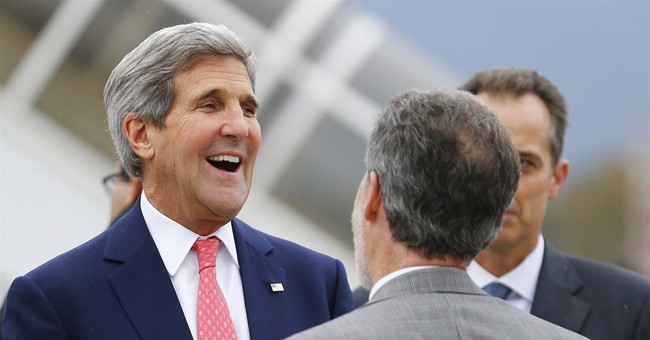 Pakistan-Pakistani Taliban: The Pakistani Taliban rejected peace talks with the government on Thursday after electing hardline militant Mullah Fazlullah as their new leader.

Earlier this month militant sources said that the consultative Shura council of the Tehrik-i-Taliban Pakistan (TTP) chose Khan Said Mehsud known as Sajna as the new leader. But the election of Sajna, who leads the Pakistani Taliban in South Waziristan, reportedly was opposed by Taliban's other groups. Fazlullah was reported to have strongly objected to the choice of Sajna.

Shahidullah Shahid, the main spokesman for the TTP said talks with the government were a "waste of time" and the new chief Maulana Fazlullah was against them. "Holding of peace talks is not even an issue to discuss -- this government has no authority, it is not a sovereign government, it is a slave, a slave of America. Holding peace talks is a waste of time."

Comment: Fazlullah's election does not necessarily mean that negotiations will never occur. Hardline leaders often are the only ones capable of negotiating with credibility. But that is for the future. Meanwhile, no peace talks are likely in the near term. Pakistani Pashtun savagery against Pashtun women will increase, including murder attempts against Malala in the UK.

Fazlullah's election signifies rejection of Prime Minister Sharif's peace overture. It also highlights a degenerative leadership pattern resulting from the US program of leadership decapitation. First, there is always someone waiting for the chance to be leader. Second, the new leaders are less experienced and wise than the men they replace. Third, the new generation of leaders is more extreme and theologically rigid than its predecessors. Finally, the new leaders tend to be unknown to intelligence relative to their predecessors. Decapitation is not a permanent solution to an insurgency or an uprising.

Iran-Geneva Talks: Iran and the P5+1 powers (US, Russia, UK, France, China and Germany) opened a two-day session of talks in Geneva Thursday about Tehran's nuclear program. Spokesmen from the six powers and the international press conveyed optimism that a deal might finally be attainable.

This was their second meeting in Geneva in less than a month.

Comment: The six powers have relaxed their position significantly. The previous, longstanding position - as recently as last summer -- was that Iran must halt its nuclear program in return for sanctions to be lifted.

Neither Israel, Saudi Arabia nor Saudi Arabia's Persian Gulf allies support the changed US position. On the other hand, President Ruhani's past as a top nuclear negotiator suggests he would agree to a temporary freeze.

While sanctions have stressed seriously the Iranian population, key Iranian strategic programs are financed through channels that the sanctions do not impair, according to exceptionally well informed and Brilliant Readers who have tracked the money.

The implications are that Iran is giving little in return for a wholesale compromise of the US' and other powers' position. Meanwhile, none of the persiflage in Geneva would inconvenience, much less alter, Iran's nuclear program. It would provide relief to Iran's populace, while defeating the coercive purposes of the sanctions in the first place.

Saudi Arabia-Nuclear Weapons: A BBC Newsnight correspondent, Mark Urban, has written a lengthy article reviewing the circumstantial evidence that Saudi Arabia already is the first Arab country to own nuclear weapons. The backdrop of the article is the diluted US position in the Geneva talks with Iran.

The thesis is that Saudi Arabia already has made arrangements to target nuclear weapons delivered by ballistic missiles to either Tehran or Tel Aviv. The author argues that Pakistan is the likely source of Saudi nuclear warheads and would supply them rapidly on request.

Comment: A quick search of the Web will show that Saudi Arabia has possessed multiple batteries of Chinese CSS-2 intermediate range ballistic missiles since before the first Gulf War in August 1990. These missiles can carry nuclear warheads.

Since then, multiple sources have reported that Pakistan consistently has refused to sell or otherwise provide nuclear warheads to Saudi Arabia. No sources suggest that Pakistan's position has changed. Pakistani warheads would not fit Saudi Arabia's Chinese-supplied missiles without significant modifications. That is a point the Newsnight article does not address.

China's position on selling missiles and a missile-launching infrastructure to Saudi Arabia is well established, as demonstrated in the Newsnight article. Multiple open sources also report that in 2003 China sold CSS-5 ballistic missiles to Saudi Arabia to replace the CSS-2s.

What is not known is whether China would also sell to Saudi Arabia or otherwise make available nuclear warheads for the CSS-5 which is a nuclear-capable ballistic missile. What is known is that Pakistan does not have CSS-5 missiles and that China makes warheads that fit the CSS-5, but Pakistan does not.

In summary, NightWatch considers Pakistan's denials more credible than the circumstantial argument that the Newsnight article assembles. On technical grounds, more credible is the hypothesis that China would be willing to sell or make available nuclear warheads for Chinese missiles under extreme conditions in return for Saudi oil.

Nevertheless, the Newsnight article appears to be crediblein its thesis that Saudi Arabia is the first Arab country to own nuclear weapons, even though they might not be stored in Saudi Arabia.

Syria-Organization for the Prohibition of Chemical Weapons (OPCW): Update. OPCW inspectors using footage from sealed cameras have verified one of two remaining sites declared by Syria.

OPCW now has verified 22 of 23 sites declared to the agency last month. "The additional site inspected is in the region of Aleppo and was one of the two sites that could not be visited earlier due to safety and security reasons," the document said.

"As per the declaration by Syria, the site was confirmed as dismantled and long abandoned with the building showing extensive battle damage."