October Might Be Most Violent Month in Iraq Since 2006 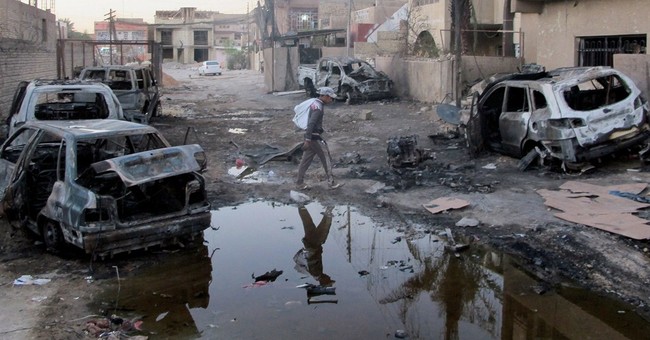 Later, the Chinese aircraft returned on the same route. Japanese officials said it is the third time that Chinese military planes have been spotted flying over waters between the Okinawa main island and Miyako Island.

Last Wednesday, five Chinese navy ships passed between the two islands and headed for the Pacific.

Comment: The Chinese are establishing their right of passage based on routine practice. Thus far they appear to be avoiding Japanese airspace and territorial waters, but that will change in time.

Iraq:Update. This weekend featured another surge in attacks, mainly against Shiites.At least 88 people were killed and 203were wounded in a series of coordinated bombings and other attacks on 27 October. Eight attacks occurred in Baghdad; six in Mosul and 10 in other towns.

Comment: October is on track to be one of the most violent and deadly months since 2006.

Syria-Organization for the Prohibition of Chemical Weapons (OPCW):For the record. The Syrian government has submitted a formal declaration of the chemical weapons in its possession and a plan for their removal.

The OPCW made the announcement Sunday, saying Syria had submitted its declaration last Thursday, three days before the Sunday deadline. The OPCW governing council will review Syria's plan by 15 November.