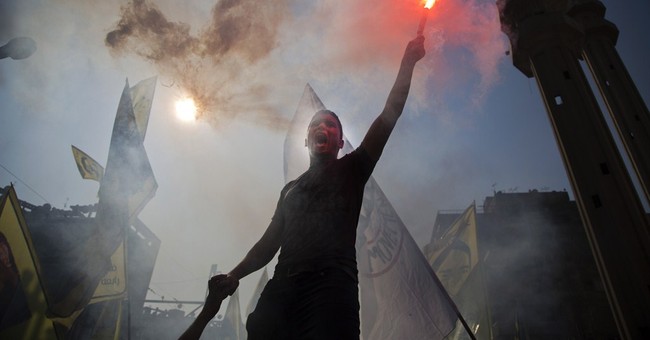 Afghanistan: On 14 October, on the eve of the Muslim observance of Eid al Adha, Afghan Taliban leader Mullah Omar published his annual greeting for this occasion. Omar always uses his greetings for religious exhortation as well as political guidance. Excerpts on political guidance follow.

"We are celebrating these days of festivity of Eid-ul-Odha in a time that, at world's level, the Islamic Ummah as well as our country are facing many problems. On the one hand, the invasions, machinations and brutal activities of the enemies are continuing against the Ummah, on the other hand, the diseases of internal frictions, aversions, dispersion, betrayal and entanglement in the cobwebs of the enemies have reached the very fabric of the body of the Ummah…"

"If God willing, the moment of victory is coming ever near with the passage of each day. Celebrate these moments by rendering thanks to Allah (swt) and service to your people. Thus we'll become eligible for more Divine blessing. My advice to all Mujahideen is to stand up to the enemy firmer than before; deal them a crashing blow and woo people to your side on an unprecedented manner, so that, we will attain the lofty goal of liberation of the country and an all Afghans -inclusive Islamic system, consisting of qualified individuals-a system for which we have been waging the holy Jihad for years on."

"The Afghan people could not be enticed (also translated asdeceived) by the current conspiracy of misleading people under the name of elections in the shade of the occupation in the country because those figures are active in these elections who are catering only to personal interests and the interests of the invaders rather than the Islamic and national interests. Even some of them are trying to distort the very principles of the sacred religion of Islam in order to reach the corridor of power and to please the non-believers."

"The people know that some foreign stooges are playing with their destiny. The votes of the people have no value in the elections nor will participation benefit. Therefore, the Islamic Emirate rejects these elections and urges the people to avoid participation in them because this is only a drama being played by the invaders to attain their goals."

Comment: The greeting lacks the fire of some of his past statements and contains significant admissions of internal problems. Its fundamental message is for the body of believers to remain firm because victory is near - a reference to the drawdown of Western combat forces.

Nevertheless, Omar is worried about the unity of the Taliban. In the opening paragraph he listed five "diseases" that have reached into the "very fabric" of the body of believers. In short, the core leadership is fractious.

He implies that the prospect of elections in April 2014 is eroding loyalty. His attack on elections is weak - they won't count because the invaders remain in Afghanistan. His solution is trite - boycott them.

The statement is significant for what it omits. It does not call for a national uprising to prevent elections. It does not encourage more violent attacks. It does not denounce or reject peace talks. Instead it provides guidance on "contacts with the world," as follows.

Omar is concerned about false agents because he is open to talks - "contacts with the Opposition" -- but seems to be having trouble maintaining control of a fraying movement. He must have a clear channel for negotiations, but it is being occluded by poseurs and self-promoters. He might need to return to Afghanistan to prevent becoming marginalized by betrayals and factional splintering.

His statement of concerns suggests the various peace initiatives and particularly the election process are undermining the integrity and the behavior of his followers.

Iraq: Comment on the violence. The surge in bombings and shootings continues, though it appears to have declined to a sustainable level of lethality. On the 13th, a series of multiple bombings across Baghdad and Shi'ite cities in the south killed at least 61 people and wounded 171 more. Attacks occurred in a dozen cities.

In the six days between 8 and 13 October, deaths averaged 40 per day and 66 wounded each day. That appears to be the latest sustainable norm. Each month the casualty toll appears to be rising. Most attacks target Shiites.

Egypt: In a statement, the Muslim Brotherhood-backed Freedom and Justice Party called for boycotting the government's financial and economic agreements, products from countries that support the current government, and companies and businessmen that finance and support the "coup."

Comment: Reaction to the call has been mixed according to alJazeera, which tends to be against the military-backed government. Still, macro-economic mismanagement and micro-economic hardship were key factors in the overthrow of Mursi and his Brotherhood supporters. Signs of economic revival are tentative and fragile. Growth is slow at just over 2%, but the decline has stopped. The stock market is making some gains and protests over fuel shortages have stopped.

Limited economic improvement is a function of $12 billion in financial aid from Saudi Arabia, Kuwait and the UAE. Nevertheless, serious problems remain, including the decline in tourism, unemployment, the budget deficit and a high national debt. As long as violent protests disrupt the security environment, foreign investment will remain deterred and economic growth will be slow.

The Brotherhood has shown that it has a tin ear when it comes to the importance of economics in internal stability. Its strategy evidently is to impose more hardship on Egyptians.

Biden Said What Now About 12-Year-Olds During an Address to Teachers' Unions
Townhall
If the 'My 401k' trend is ANY indication, Democrats are in seriously DEEP crap come November (here are some of the ANGRIEST tweets)
Twitchy
Lead Prosecutor for Robert Mueller Rips the Mask Completely Off in Insane Display
Redstate
Trump's on Fire: Nukes 'Racist' AG Letitia James During Massive NC Rally
PJ Media