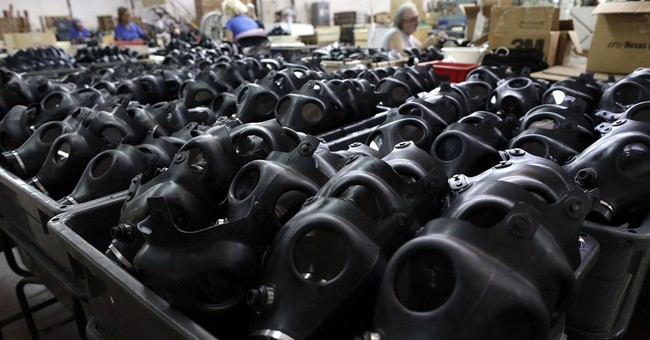 Business owners spent the day checking machinery and facilities that have been idle since their shutdown by North Korean government order on 3 April. Work is expected to continue over the Chuseok holiday (i.e., the Korean harvest festival), which runs from Wednesday to Friday this week.

Some business owners said they expect it to take many months before production returns to normal. Firms working in textile and clothing industries are expected to require less timethan those in electronics and machinery sectors.

Comment:The two immediate problems are the North Korean work force and getting new orders. One company owner said, "We have received notice from the North that 10% of workers will not be returning as they have married, retired, or passed away." Work at Kaesong is highly prized because it is well paid by North Korean standards. Workers have to pay bribes to local communist party bosses to get the necessary permits to work there. Most businesses are counting on the return of the previously trained workers to keep costs down.

Rebuilding the customer base will require communications outside North Korea. That is another significant challenge because of North Korean restrictions on internet and phone service. Nevertheless, leaders in both countries seem to want the complex to become profitable again and that is essential for success.

Syria-UN: The report of the UN investigators found, "On the basis of the evidence obtained during the investigation of the Ghouta incident, the conclusion is that chemical weapons have been used in the ongoing conflict between the parties in the Syrian Arab Republic, also against civilians, including children, on a relatively large scale."

"In particular, the environmental, chemical and medical samples we have collected provide clear and convincing evidence that surface-to-surface rockets containing the nerve agent sarin were used," it said.

Comment: The methods and techniques described in the report appear careful and professional. One problem is the size of the samples really do not support the sweeping conclusions repeated above. Another is the lack of sufficient time for the investigators to do much more. A third is the security conditions that prevented wider travel. They acknowledge these limitations in the appendices.

The limitations are particularly evident with respect to the finding about munitions. The team investigated five sites but could only examine the remains of two rockets. The shape and appearance of one of the artillery rockets look like the Soviet M14 artillery rocket, which the report suggests. The investigators wrote they could not tell much about the warhead design, specifically whether it was improvised. They did not elaborate on that point. The other rocket examined was not identified in the report.

The comment that the rockets were of a type not known to be in the possession of the rebels is somewhat misleading because no open or leaked sources have ever described in detail the weapons held by the rebels. The rebels, however, regularly have boasted about overrunning government bases and capturing military weapons and stores.

The inspectors wrote in Appendix 5 on munitions that, "The sites have been well travelled by other individuals both before and during the investigation. Fragments and other possible evidence have clearly been handled/moved prior to the arrival of the investigation team.

In another paragraph the inspectors wrote, "During the time spent at these locations, individuals arrived carrying other suspected munitions indicating that such potential evidence is being moved and possibly manipulated."

The report is helpful but the evidence is still too limited to be more than circumstantial. "Clear and convincing" is a legal term of art in US jurisprudence that indicates a very high standard of proof. No one disputes the finding that sarin was used, but there remain so many other open questions that the scope of the findings beyond the use of sarin tends to undermine the quality of the limited field work done. The other findings are too broad for the body of evidence and that always suggests choice rather than inference in drawing conclusions.

Syria-US-Russia: For the record. The Syrian government described the US-Russian agreement on chemical weapons a victory because it averted a US attack.

Comment: It is a victory in the sense that the timing of its announcement overwhelmed news coverage of the UN report which strongly implies Syria launched the 21 August sarin attack.

Egypt: On 16 September, Egyptian army troops recaptured the town of Delga in Minya Governate, some 250 miles south and upriver from Cairo. Islamist militant supporters of Mohammad Mursi controlled the town of 120,000 people since 30 June, when Mursi was ousted, and imposed a strict form of Sharia on it, including on its 20,000 Christians.

Extremists looted and burned three churches and the homes of Christians, according to the Egyptian Initiative for Personal Rights, apparently in reaction to the government's eviction of the Muslim Brotherhood from its protest sites in Cairo on 14 August.

Security forces surrounded the town, closed all points of entry and drove out the militants with tear gas. They arrested 56 suspects and seized weapons, an official told the Egyptian news agency MENA.

In North Sinai the government is continuing stepped-up operations, but in Cairo it relaxed the daily curfew which is now in effect from midnight to 0500.

Comment: Most of the damage in Delga appears to have been the work of thugs and unemployed youths egged on by militant Islamists. The governate is considered conservative and voted for Mursi in last year's elections. The Egyptian National Council on Human Rights reported that similar conditions exist locally in Luxor, North Sinai, Port Said and Marsa Matruh. Nevertheless, security conditions appear to be improving slowly.