Syrian Rebels Try to Con the West Out of Diplomacy 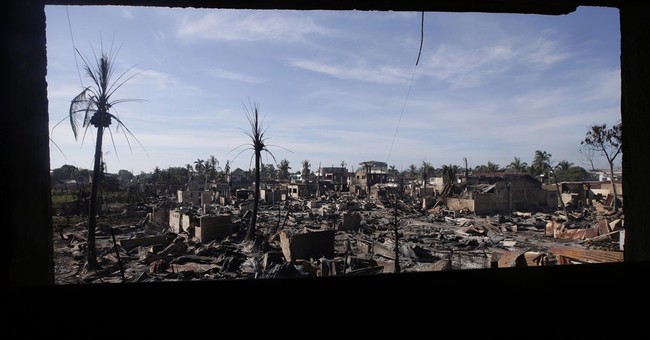 Russia-North Korea:Russian officials said they interpret the white vapor plume at Yongbyon to signify testing of the electric power generation system, not a sign the reactor is nearing operational status. Their main point is that the reactor is in such a state of disrepair that it cannot be started safely.

Comment:The Russian argument is a good reason to not try to restart the reactor, but it does not mean the North Koreans won't try just the same.

Russia-Iran:Update.The Office of the Russian President said the report in yesterday'sKommersantwas untrue. At this time President Putin is not planning to offer the S-300 system to Iran.

According toKommersant, the Russians were to provide the S-300 system in return for Iran's agreement to halt its breach of contract lawsuits against Russia for canceling a sale of the same system in 2010 in order to comply with UN sanctions.

Syria:Syrian ambassador to the UN Jaafari said, "Legally speaking Syria has become, starting today, a full member of the (chemical weapons) convention." He made the statement after submitting relevant documents to the United Nations.

He said President Bashar al-Asad signed a legislative decree on Thursday that "declared the Syrian Arab Republic approval to accede to the convention" and that Syrian Foreign Minister Walid al-Mu'allim had written to the Organization for the Prohibition of Chemical Weapons (OPCW) to notify it of Syria's decision to join the convention.

"The chemical weapons in Syria are a mere deterrence against the Israeli nuclear arsenal," Jaafari said as he waved a document he said was a CIA report on Israel's chemical weapons program.

"It's a deterrent weapon and now the time has come for the Syrian government to join the (convention) as a gesture to show our willingness to be against all weapons of mass destruction," he said.

Comment:Syria has to comply with other provisions of the convention before it is considered a signatory to the convention, but it has taken the first step that leads to international control and destruction of its chemical weapons. That is a breakthrough in its own right. Israel should be pleased and relieved, just a bit. Israel is not a signatory to the Convention nor a member of the OPCW.

Syria did not take this step gratuitously. It expects the US to agree to not attack Syria. At this moment Syria has the moral high ground.

If no agreement is reached, Syria could join Iran in shooting missiles at Israel in retaliation for a US attack. If the Ba'athist government is overthrown, the opposition has made clear it will attack Israel with chemicals. At least, that is what some said this week.

The conclusion is that the Syrians know they can beat the opposition unless they get US assistance. Syria is holding Israel hostage to the threat of chemical fires to keep the US out.

More gas.Syrian opposition websites have posted pictures of what they claim is a fresh chemical weapons attack on Damascus, this time on the suburb of Jobar. The alleged attack resulted in casualties, activists toldal Arabiyaon Thursday. One account said this was the second attack in this suburb this week.

Comment:The opposition blamed the government for using chlorine gas. They also claimed the Syrian air force bombed a hospital too. Somebody might be overplaying his hand.

Egypt:Egypt's interim president on Thursday extended a nationwide state of emergency for two more months, citing continued security concerns. A senior Egyptian official warned of more terrorist attacks in the wake of a failed assassination attempt against the interior minister and suicide bombings in the Sinai Peninsula.

Comment:The state of emergency was to expire in a few days.