Only DC Wants a US Attack in Syria 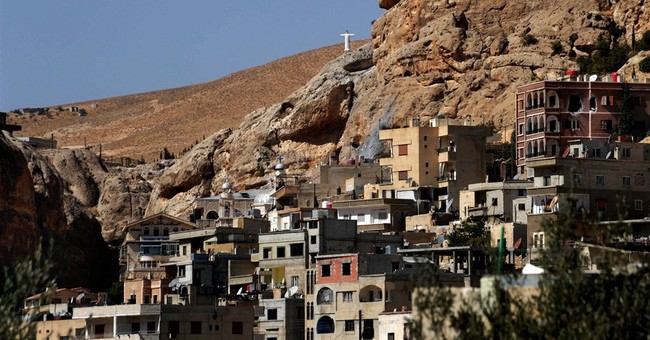 The Japan Air Self-Defense Force scrambled fighter aircraft, the ministry said. It was the first time the ministry has made an announcement after confirming the passing of Chinese bombers through the Ryukyu Islands off the southwest coast of Japan.

Comment:In July a Chinese early warning aircraft made the first flight through the Ryukyus near Okinawa, but in international airspace. This is the first familiarization flight by Chinese bomber crews. China just updated its base line information on Japanese detection and reaction times.

Pakistan: President Asif Ali Zardari completed his five-year term as president and stepped down from office at midnight 8 September. On 9 September Mamnoon Hussain will take the oath of office of President of Pakistan.

Comment:Zardari is the first duly elected Pakistani president to serve a full term under the Constitution … in 66 years. He now faces all the criminal charges of corruption that were suspended while he served as president. Only his official immunity from prosecution as president prevented more charges from being filed.

Russia:Russia will send another large landing ship, the Nikolai Filchenkov, toward Syria's coast, a Russian navy source said Sept. 6, Reuters reported, citing Interfax. The ship will take special cargo on board in Novorossiysk before heading to Syria. No details about the cargo were provided.

Comment:This is the sixth large landing ship that Russia has deployed to the Syrian coast. That makes nine ships mentioned by name since 4 September and moving to Syria. Russia does not want a naval engagement with the US, but might not be averse to a non-shooting confrontation.

Russia is evacuating by air Russian passport holders who wish to leave. An aircraft arrived at Latakia for that purpose on 8 September.

Comment:In August Russia sent two flights to evacuate 116 Russians and citizens from ex-Soviet states. The large landing ships would be essential for a large scale evacuation, which Russia denies it has ordered.

Lebanon:The US ordered the evacuation of non-emergency official personnel and families from Beirut and offered to evacuate Americans from Adana, Turkey on Friday. It advised against travel to Lebanon and southeastern Turkey and for residents to be alert for violence in light of tensions in the region..

Comment:This evacuation aims to put the most vulnerable Americans beyond the reach of Hizballah which vows retaliation for any US attack against Syria. It also supposedly is a safety precaution before the anniversary of 9/11.  Senior American officials have argued in public that Syria, Iran and Hizballah will not retaliate. On the other hand, spokesmen from each entity have vowed they will.

The inclusion of Adana in the order provides a little insight into the US war plan. Americans in Adana will be a risk from US operations. apparently. That implies that more than cruise missile launches will be involved.

Reassurances are fine as political science theory, but the vows of retaliation are real threats because they are backed up by capability. More evacuations and many more precautions will be necessary.

Egypt:Authorities reported 2 people died in clashes on Friday after prayers. Demonstrations for and against the government were moderate.

Comment:The threat of a US attack against Syria has tended to work in favor of order in Egypt. Nobody wants such a US attack on Syria.

Clarification:The Egyptian government has not made a decision to outlaw the Muslim Brotherhood, yet, but is close to making a decision to revoke its status as a non-governmental organization (NGO). The Ministry involved used the language of disbanding the Brotherhood as an NGO.