The Voting Is Far From Over 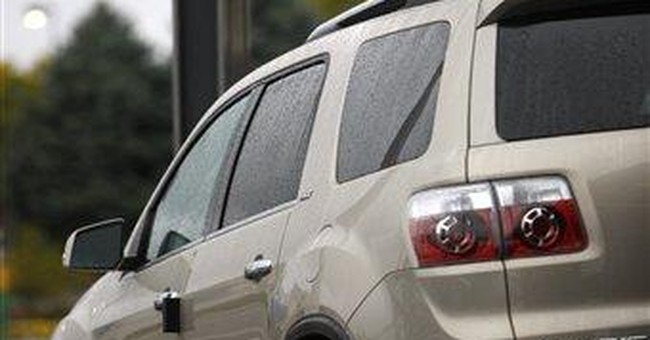 You might think that the election is over -- has been for two weeks now. Not so. There’s another election tomorrow; and then one the day after tomorrow followed by yet another one. Every day is Election Day in America. Every day we cast ballots. Every day when the tens of millions of ballots are added up we find winners and losers. And you’re right in the thick of it. Yeah … you.

This crucial election process is running 24/7 as American consumers cast votes with paper ballots adorned with pictures of presidents. The more votes you get, the longer you get to stay in business. The votes dry up and it’s time to go home or come up with another candidate.

I know I’m a bit obtuse here, so if you haven’t figured it out yet, I’m edging up to a little discussion of this idea of bailing out the automobile manufacturers. Now first, let’s get this little fact out of the way. What the political types in Washington are discussing right now is not really a bailout of the automakers. It’s a bailout of the United Auto Workers. It’s a union bailout. It’s payback for the millions of dollars and thousands of hours union volunteers have poured into (almost exclusively Democrat) political campaigns. These politicians are trying to save union jobs at the current inflated rate .. nothing less.

Just why are these U.S. auto makers in trouble? They’re on the ropes because they’ve been losing elections. Automobile buyers have been casting their ballots for the other candidates. They looked at the field, talked to their friends, watched endless campaign (car) commercials on television, and voted. They voted for Toyota and Honda. If they had a pant-full of ballots to cast the vote went to Jaguar, Mercedes and Lexus. True, some voters liked the Big-Three candidates, but not enough. The buyers cast their votes for performance, styling, warranties and value. Somehow they intuitively knew that they would get more value from a manufacturer paying $40 per hour for labor than from one spending almost twice that much. When one automaker spends $17 million on Viagra to enhance worker rather than product performance the product suffers, and the votes go across the aisle.

Comes now the bailout. It would seem that the political class in Washington is not happy with the way you are casting your votes. You’re exercising a little too much independence here. Those foreign automakers building wonderful cars in non-union Southern states are doing just fine, thanks to your votes. Those tired automakers building some wonderful cars and trucks – but a lot of junk as well – in the upper Midwest with overpaid union labor are suffering. They’re paying 12,000 former union employees to sit on their cans and do crossword puzzles all day long while being paid $31 per hour. Oh come on, you’ve heard of theJobs Bank program, haven’t you? Do you want to pay for that nonsense? Of course you don’t, and you let them know it when you cast your consumer votes.

Well, what happens when the politicians in Washington aren’t happy with the way you’re casting your economic ballots? It’s very simple, really. They just use the police power of government to take those ballots away and cast them for you; cast them the way they think you should. You might want to vote for BMW or Honda. They know better. Your vote should go to Chevy or a Ford.

Through this wonderful economic process the world’s consumers pick the winners and losers. They base their choices not on political considerations, but on quality and value. When consumers cast their monetary ballots they’re not trying to preserve union jobs or please campaign contributors. They have no political axe to grind. They just want honest value .. and $1600 worth of union health costs, paying people not to work and inflated pay for those who do plowed into the price of every car doesn’t fit the bill.

Now, with the impending $25 billion-plus bailout of these union engorged automakers the choice will be taken away from the consumers. Now the ballots will be cast based on politics. The automakers will be told to build the cars the politicians want, not the cars consumers will buy. Billions of taxpayer money will be poured down what could be one of the most expensive rat holes in history .. only to delay what may be the inevitable.

Just hold on my friends. This may just be the beginning. In about nine weeks we’ll have a president who has shown no love whatsoever for capitalism; a president who truly believes that America is great not because of the dynamic of a free people interacting with one another in a free, market-based economy … but who believes that America is great because of government.

The historians will let future generations know how that worked out for us.