An All-Female Democratic Ticket in 2020: Should GOP Laugh, Fear or Dismiss?

Myra Kahn Adams
|
Posted: Oct 04, 2018 12:01 AM
Share   Tweet
The opinions expressed by columnists are their own and do not necessarily represent the views of Townhall.com. 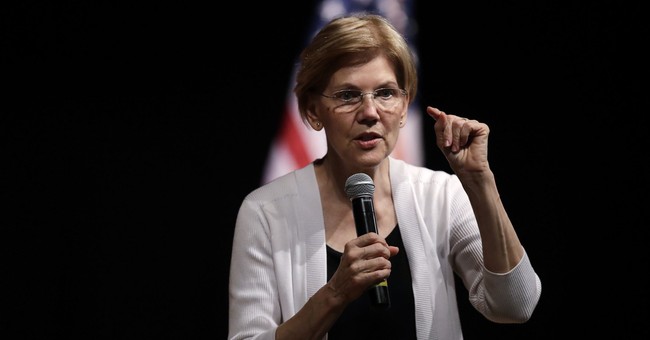 Who does President Trump think will be his 2020 opponent? Axios reported on Wednesday that Trump ‘“talks the most”’ about facing Sen. Elizabeth Warren and “’seems to think she’s going to be the nominee.’"

In ancient pre-Trump political times, December 2014 to be exact, I penned a piece on a conservative site entitled Clinton/Warren 2016. It was prompted by Massachusetts Sen. Elizabeth Warren’s growing stature in the Democratic Party as a fighter “‘for the people.’” I opined that Warren’s increasing influence and grassroots popularity with her then-“fresh faced” and “rising star” credentials propelled her — as a yet-undeclared presidential candidate — to push lackluster and presumed 2016 presidential candidate Hillary Clinton further to the left. Warren’s leftward momentum was good news for the GOP’s 2016 chances of winning the White House.

Moreover, in 2014 the prospects of a Clinton/Warren “‘all chick tick’” signifying “‘girl-power’” prompted my opening question, ‘”Should Republicans laugh, fear, or dismiss?’”

Ultimately, Sen. Warren declined to seek the 2016 Democratic presidential nomination. Now, four years after my piece, Warren has achieved iconic status as a liberal ideologue and heroine to the Democratic Party’s left wing that now dominates the party and is widely considered its “mainstream.”

That helps explain why CNN has Warren at the top of the ever-expanding list of Democratic 2020 wannabees with, as noted above, California Sen. Kamala Harris in second place.

Meanwhile, Harris leads the pack at the most popular political betting site and because there is constant buzz about her favorable 2020 prospects, I am prompted to again   discuss the potential for a Democratic “all chick tick.”

But, unlike in 2014 when Hillary Clinton was clearly number one, 2020 could portend a vicious fight between Harris and Warren who, at this juncture are equally likely to win the nomination.

By every new and traditional political metric, both women appear to be actively seeking the 2020 nomination. It is also safe to assume that the Democratic ticket will include at least one woman and I will argue possibly two, depending on the size and strength of a “pink wave” in the midterm elections.

Therefore, if record numbers of Democratic women win seats in the Senate, House, and Governors’ mansions, it would greatly increase the chances of a Warren/Harris or Harris/Warren 2020 ticket. (And don’t count out Senators Amy Klobuchar (D-MN) and Kristin Gillibrand (D-NY) because early polls and rankings are notoriously wrong.)

Close to four years after C-SPAN’s Washington Journal displayed and read aloud  from my Clinton/Warren 2014 piece, (almost as quaint political entertainment) the prospects of an all-female ticket do not appear to be the least bit radical or unlikely. Honestly, even referring to a 2020 female ticket as an “all chick tick” as I did in 2014 sounds dated!

Republicans cannot downplay the long-term policy impact of how women are on an accelerated path to dominating and controlling all aspects of the Democrat Party. The progress is astounding even compared to 2016 when Hillary Clinton won women by a margin of 52 to 41 percent over Donald Trump. Conversely, Trump won white women by a 57 to 37 percent margin.

Worse news for the GOP, women of color, who overwhelmingly vote Democratic along with younger women in general, are growing demographically and showing up to vote in greater numbers while increasing their political activism. Then, combined with white suburban women — who GOP strategists feared (even before the Kavanaugh matter) might help deliver Congress into Democratic hands come November— could also contribute to the creation of a “pink tsunami” resulting in a historical all-female 2020 ticket.

Finally, President Donald Trump is running for reelection with this vast growing gender gap between the major parties. Thus, with an eye towards 2020 and the potential for an all-female ticket, here is a 2018 answer to my 2014 op-ed question — “Should Republicans laugh, fear, or dismiss?”

But after the results of the midterm election, I reserve the right to a more definitive answer.