Trump’s ‘Presidency of One’

Myra Kahn Adams
|
Posted: Mar 21, 2018 12:01 AM
Share   Tweet
The opinions expressed by columnists are their own and do not necessarily represent the views of Townhall.com. 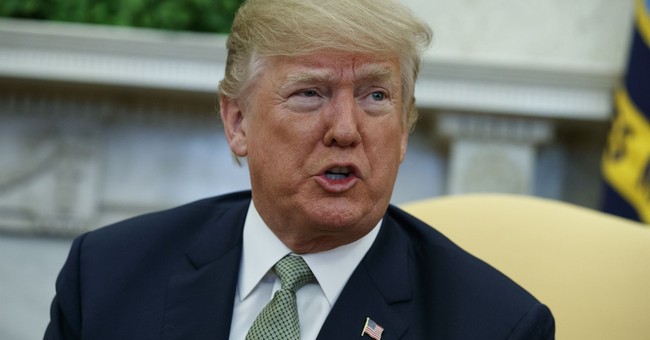 Recently, there has been a barrage of reporting about how President Trump is feeling more “liberated” to make decisions and pronouncements by himself since the departure of several inner-circle White House aides. Adding to this popular storyline is a report by Politico stating, “Trump doesn’t want anyone to stand in his way.”

Within the Post’s report, was this overall characterization of President Trump:

“‘I made that decision by myself,’ Trump told reporters at the White House on Tuesday. Though he was talking about North Korea, it is a mantra that has never rung truer in his nearly 14 months as president.”

Meanwhile, this “mantra that has never rung truer” what I call, a “presidency of one,” overlooks the fact that President Trump’s managerial behavior is 100 percent consistent with how candidate Trump comported himself during the 2016 presidential campaign.

Exhibit A: From June 16, 2015, the day Trump formally announced his candidacy to Election Day on November 8, 2016, the American people had more than enough time to observe, judge, and then vote for, or against, Donald Trump. Was there any doubt that the “real” Donald Trump was always on display?

Supporting that thought, let’s examine some past insight into the decision-making style of Donald Trump from someone who knows him well — "Get Me Roger Stone." (Ironically, this popular Netflix movie title also happens to be the key component of this piece.)

Back in February 2016, I had a lengthy sit-down interview with Roger Stone. During that time, Trump’s longtime associate, friend, and adviser revealed his personal strategy for interacting with Trump’s presidential campaign, telling me he would be “outside throwing bombs.” I also remember being intrigued by Stone’s colorful description of Trump’s entertaining campaign saying, “He is like a man on a high-wire without a net.”

When I asked Stone to describe how Trump was running what looked like a chaotic presidential campaign, his answer was profound — especially when viewed through the lens of today’s headlines:

Stone offered some insight into how Trump’s campaign operation is so radically different, breaking every rule of modern presidential campaigning.

“Trump is his own strategist, his own speechwriter, his own logistician, his own press secretary, and he is entitled to it. It’s his own money, his own name and you can’t argue with how it has worked.” Then Roger proclaimed, “No one puts words in Donald Trump’s mouth, no one. He runs his campaign by telling you what HE thinks.”

And what about Trump’s long-term campaign strategy? “There is none; Trump only takes the campaign a few days at a time.”

What is astounding about Stone’s two-year-old quotes is when the words, “White House” or “presidential” are substituted in place of the word “campaign,” we have an accurate description of Trump’s White House compatible with recent reporting.

Curious if Roger had any new thoughts on his old insights, today I sent him the following email and included his old quotes:

“Can you comment about this February 2016 statement in terms of how Trump is now acting as president?"

“Donald Trump has always had an extraordinary level of confidence in himself. He is instinctual and operates on the basis of his gut. The Korean negotiations are a perfect example of him rejecting the conventional wisdom dished up by his timid Advisors and asserting his own brand of personal deal making. If the president succeeds in denuclearizing North Korea, Trump’s leadership style will be hailed as the new model.”

Only time will tell if Roger’s new quotes will hold up two years from now. Ultimately, Trump’s “presidency of one” will either “be hailed as the new model” as he sails toward reelection, or, use your imagination and complete the sentence.

Finally, always keep in mind Roger Stone’s description of Trump’s campaign as told to me on February 27, 2016, “He is like a man on a high-wire without a net.” And now, that phrase could easily apply to Trump’s presidency.