Mona Charen
|
Posted: Dec 08, 2017 12:01 AM
Share   Tweet
The opinions expressed by columnists are their own and do not necessarily represent the views of Townhall.com. 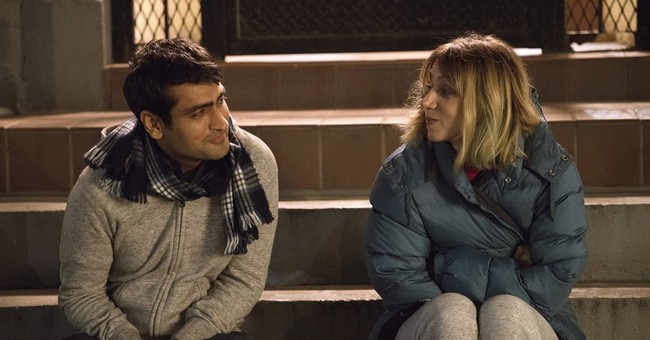 In 2003 a genetics paper revealed that one in 200 men alive in that year was a direct descendant of Genghis Khan (1162-1227). Khan was the Mongol emperor whose armies swept out of the north to conquer pretty much all of Asia. His successors took big chunks of Europe as well. When Marco Polo traveled to China, he met the conqueror's grandson Kublai Khan.

Genghis Khan is thought to have left more corpses in his wake than any other invader. The Mongol hordes earned their fearsome reputation. Khan sent emissaries to the city of Merv in Turkmenistan demanding tribute and the pick of the city's most beautiful women. The Seljuk Turks refused and killed the messengers. Khan's army returned three years later. The city's leaders, perhaps having heard of Khan's ferocity in the interim, surrendered, but Khan's wrath was not assuaged. He ordered the entire city to be annihilated. Each soldier was to behead 300 civilians. Merv, which contained libraries, gardens, and palaces, was razed and made uninhabitable for 100 years.

The Mongol conqueror is supposed to have said:

"The greatest joy for a man is to defeat his enemies, to drive them before him, to take from them all they possess, to see those they love in tears, to ride their horses, and to hold their wives and daughters in his arms."

Roughly 800 years later, his Y chromosome is to be found in 16 million men. Talk about conquests.

Let's just imagine that most of world history is analogous to the Mongol invasions. Great armies or small armies or just neighboring clans sweep in, kill the men and rape the women (or take them as wives eventually, but it's the same result genetically). Whose genes are we all more likely to have inherited -- the conquerors or the conquered? How many of us are walking around with Henry VIII's genes or Casanova's?

It's not just that the aggressors raped their way to success, either. Somewhere in our lizard brains, we admire the strongmen, and yes, that means you, ladies. Every woman who is drawn to the "bad boy" or the "leader of the pack" is expressing a primitive preference that has never been quite squelched.

So, when it comes to oafs like Al Franken and (insert your favorite reprobate here) and people ask, "How could he behave that way?" the answer has to begin with: Men will do what they think they can get away with. And for the last several decades, in matters of sex, it has been more or less anything goes. That may be changing as we speak.

Now, some fear, we are in the midst of a "moral panic." I dislike the term because it's sometimes applied to plain old morality. When Tipper Gore launched a campaign to label lyrics for profanity and other objectionable content, her effort was called a panic. On the other hand, anxiety about Satanic child abuse supposedly rampant at daycare centers was not a moral panic so much as mass hysteria. In any case, some, such as Ella Whelan at Spiked, think they detect some of that: "This is now a witch hunt on social media. ... The panic about harassment and women's safety is spinning out of control. Listening to some feminists, you'd be forgiven for thinking women are in danger every time they step into the street." Others are worried that flirting and office romances may be considered out of bounds in the current climate. Cathy Young notes that a tweet by the singer-songwriter Marian Call telling men "how happy women would be if strangers & co-workers never 'flirted' with us again" became an Internet sensation for a day or two.

I don't speak for Call or the thousands who retweeted her, but it sure seems like the quotation marks around the word flirt was key. The men who are receiving much-deserved comeuppance right now were not flirting. Showing a woman pornography is not a come-on. Grabbing her by the hair and force kissing her is caveman stuff, not a hint of admiration.

These high-profile slobs were doing what they thought they could get away with. Most men, I hope (and I bet most women hope), still know how to flirt without being offensive. Because if we're going to embark on building some sort of counter-counterculture, it's going to have to target grossness, not romance.