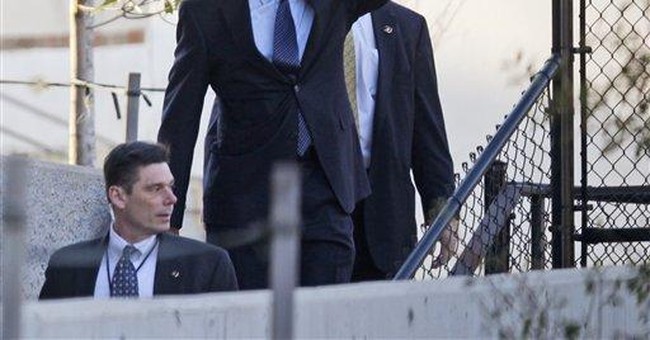 If you were a child in the District of Columbia school system (51st in state rankings for academic achievement, first for school violence), you and your parents probably greeted the election of Barack Obama with great joy. If someone had suggested to you then that the president would attempt to torpedo the scholarship program that permits some District kids to attend the private schools of their choice, you might have thought you were hearing racist smears.

But that is what happened. As he did in previous years, President Obama has once again attempted to zero out funding in 2013 for the D.C. Opportunity Scholarship Program, a small federal outlay that provides scholarships to some 1,600 students to attend private or parochial schools. Since the program's inception in 2004, more than 10,000 families have applied to participate. The average income of OSP participants is $24,000.

The administration claims that it "strongly opposes" the OSP because it "has not yielded improved student achievement." But as the Black Alliance for Educational Options reports:

"The most recent federal evaluation of the OSP showed that students who used their scholarships had a 91 percent graduation rate -- 21 percent higher than those who were offered but did not use scholarships and more than 30 points higher than D.C. public school students. The program has also produced gains in reading."

The president delivers energetic speeches about the "knowledge economy" and the urgent need to improve education for all of America's kids. He's been troubled and adamant about the problem of school dropouts: In a 2010 speech, for example, the president declared: "This is a problem we cannot afford to accept or ignore. The stakes are too high -- for our children, for our economy, for our country. It's time for all of us to come together ... to end America's dropout crisis." But the program in D.C. that cuts dropout rates by 30 points? He's standing in the schoolhouse door saying, "No exit."

At least two students, Sarah and James Parker, were able to attend Sidwell Friends -- the school the Obamas chose for their daughters -- thanks to the scholarships. The Wall Street Journal's William McGurn quoted their mother, who noted that at the public school her kids would be obliged to attend without the scholarships, fewer than half of the students are proficient at reading or math. "I once took Sarah to Roosevelt High School," Deborah Parker recounted, "to see its metal detectors and security guards. I wanted to scare her into appreciation for what she has at Sidwell." Too bad she couldn't take Obama on the same tour.

The last time Obama, who likes to style himself the voice of the 99 percent, attempted to kill the Opportunity Scholarship Program, it was saved by Speaker of the House John Boehner -- just another white Republican who cares nothing for blacks and Hispanics. During tense budget negotiations in 2011, Boehner succeeded in getting the president's approval for a five-year reauthorization of the $20 million program.

Now the president is proposing, as Democrats always do, to increase funding for the Department of Education by 2.5 percent, taking it to $70 billion and once again to eliminate funding for the OSP, moving those funds back to the public schools.

It's easy to see why the president wants to double down on the current system. Ever increasing expenditures have done so much for the kids of the District of Columbia. The District now spends $18,000 per student. More than 60 percent of District fourth graders cannot read at grade level. Only 14 percent of eighth graders are proficient in reading. The Washington Post reports that in math, the District has, "by a wide margin, the nation's highest proportion of fourth and eighth graders in the 'below basic' category -- and the lowest in proficient/advanced." During the 2007/2008 academic year, police received more than 3,500 calls from public schools, 900 of them for violent incidents.

The overwhelming majority of parents who've been able to take advantage of Opportunity Scholarships are happy with them, along with more than 70 percent of District residents generally. Sen. Joseph Lieberman, who has joined Speaker Boehner in attempting to secure funding for the program, said "If Dr. King were alive today, he'd be fighting his heart out for the OSP."

But Dr. King is not alive, and the first black president, whose daughters are in no danger of losing their spots at Sidwell, has turned his back.