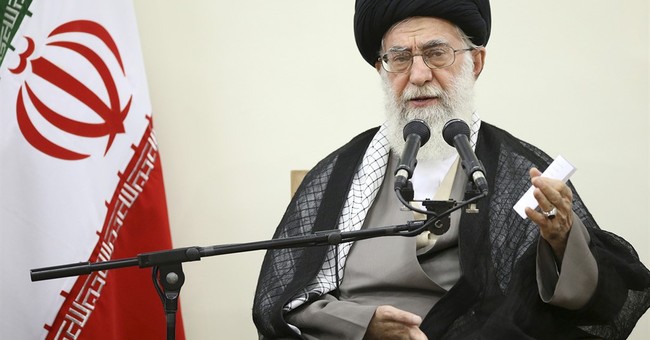 Will the Iran nuclear deal jump-start a wider rapprochement with the West? Some capitals have placed their bets on the strengthening of economic ties as a means to lure the theocracy into respecting international norms. With the expansion of commerce and trade, the theory goes, Tehran will gradually acquiesce to the prevalent international order, moderately changing its behavior and permanently abandoning old destructive habits, including its insistence on nuclear armament. But this overly optimistic assessment is vitally flawed.

Despite the hopeful optimism, Iranian economy and politics are not the epitome of stability and strength, which foreign money needs. With growing popular demands and the ruling clique’s inherent inability to satisfy those demands, political unrest in Iran will only increase. Bickering factions within the regime will not obfuscate or diminish that trend; they will aggravate it.

The bulk of western interest in Iran is motivated by anticipated returns of exports – feeding consumption - rather than direct investment.

Take Germany as an example, which even during the recent oil embargo exported roughly $3 billion worth of goods to Iran. Despite the recent visits by commercial delegations, "Most companies will probably hold back on building up their own production facilities in the country," saysHubertus Bardt of the Institute of the German Economy. In other words, they will primarily push to sell more goods to Iran rather than promising direct investments.

But after decades of economic mismanagement, the purchasing power of the average Iranian consumer has been drastically reduced. If there ever was anything that came close to a middle class in Iran, it has now been all but decimated.

In 2012, the Iranian economy shrank by 6.8 percent, even before sanctions hit. The contraction is unprecedented in Iranian history and has produced irreversible consequences. After years of being coddled by surging oil prices, Iran is now in serious trouble. The economy, which is not even moderately industrialized, needs a whopping 6% growth to overcome the current recession. According to the International Monetary Fund, Iran needs oil prices to reach at least $100 to be able to balance its budget.

The economic downturn has swollen the bourgeoning ranks of the unemployed in Iran to 6 million, and that number is expected to rise to 10 million. State-run media and officials have reported that youth unemployment has now a reached a state of “crisis.”

Over the past 25 years, the inflation rate had not surpassed 25 percent. In the last decade, however, the official rate has peaked at 40 percent, with independent observers putting it closer to 60 percent.

Iran needs massive investments to turn the curve. In the absence of a robust domestic economy, that investment can only be obtained from external sources.

Currently, the Islamic Revolutionary Guard Corps (IRGC) has a monstrous monopoly – equaling an estimated 50 percent of Iran’s gross domestic product – over the country’s economy. The IRGC’s extensive commercial ventures are largely tax-exempt, with a significant bulk of the profits funding terrorism and other foreign escapades, including in Syria, Yemen, and Iraq. That trend is expected to increase after the lifting of sanctions.

So, the July agreement has paved the way for the lifting of sanctions. But promises of potentially vast economic gains in the West as a result are extremely over exaggerated. A game-changing moment in commercial exchange with Iran is entirely unrealistic, at least for the foreseeable future.

Significant economic ties – and by extension rapprochement – with Iran requires a massive overhaul of the economy as well as both political change and stability. Throughout its tumultuous life, the theocracy has projected power thanks to three chief pillars: domestic suppression, export of terrorism, and the attainment of nuclear weapons. With the third source of power now in obscurity – at least for the short term – Tehran’s Supreme Leader Ali Khamenei will have to bolster the first two, which will aggravate political rifts and increase instability.

Not surprisingly, he has insisted that Iran will not abandon its regional “friends” and will block western and especially U.S. infiltration. For their part, western officials like Germany’s Vice Chancellor who travelled to Iran recently, have urged Tehran to change its policies as a precondition for trade. "Questioning this state's (Israel's) right to existence is something that we Germans cannot accept," Sigmar Gabriel said in his visit.

The current government of Hassan Rouhani is unwilling and unable to act as a harbinger of genuine economic reforms, which would translate to political changes threatening the regime’s own survival. Khamenei and the IRGC will continue to grow their expansive financial empires. Terrorist proxies like Hezbollah and others will continue to benefit from Tehran’s largesse. And, Tehran’s postures to the contrary are political theater rather than genuine attempts at change.

To bet on Tehran’s theocratic rulers, who are at odds with popular demands, is to bet on a losing horse. Those who see the nuclear deal as a potential game changer for inducing a fundamental transformation in Tehran have got it seriously wrong.