MA-06: How Could Tierney Not Know 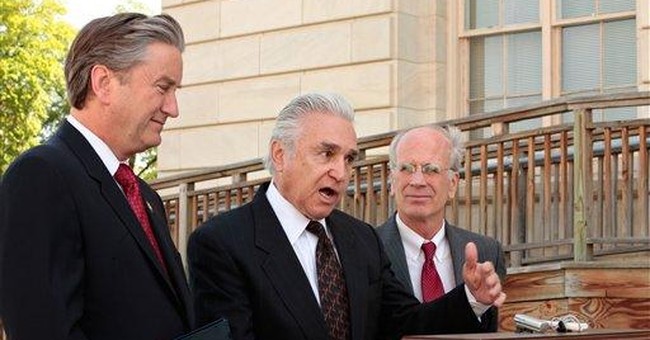 It is not shocking to most voters to find out that a politicians has committed some sort of ethical violation. Sometimes we even become immune to hearing about corruption or an accusation that looks and smells like fishy behavior. But every once in a while we hear about an elected official who has so many ethical questions around them that it reaches a tipping point even with a cynical electorate. That is where we are in Massachusetts’ 6th Congressional District.

Incumbent Democrat Congressman John Tierney has so many legal and ethical questions surrounding he and his family, of such a significant nature, that the ethical storyline is now dominating his race and defining his narrative as a Congressman.

Even before these stories were being discussed Massachusetts’ 6th District was already shaping up to be one of the most closely contested races in New England, with small business owner and former state legislator Richard Tisei is challenging Tierney, an eight term incumbent.

Scott Brown won what is the 6th district with nearly 60% of the vote in his 2010 special election. Tisei won it while running for Lieutenant Governor in 2010, garnering 51% of the votes. Despite Tierney’s long tenure in the seat, clearly it is within reach for Republicans. Democrats recognize Tierney’s vulnerability. Recently, Democratic Congressional Campaign Committee Chairman Steve Israel told a group of lobbyists that Tierney would have a “tougher race” than many of his colleagues.

Over the last few weeks this race has gone from a challenge for the Democrats to an outright crisis. Tierney has been under siege in the media over what is sure to be a central campaign issue – his self-proclaimed ignorance to a decades-long multi-million dollar international gambling empire run by his wife’s family.

The NRCC has launched a website www.howcouldtierneynotknow.com as part of a long-term campaign to highlight the absurdity of Tierney’s claims. Among these are that he personally visited the empire’s headquarters in Antigua twice and was seen dining amidst the gambling operation by a witness in a federal trial. For her part, Tierney’s wife served jail time followed by house arrest.

The NRCC’s campaign has already generated headlines in Boston like “GOP SEES TIERNEY AS WOUNDED, BEATABLE”, “GOP BLITZ VS. TIERNEY IS A RINGER” and “TIERNEY VULNERABLE IN 6TH DISTRICT.” The committee will continue to hammer away at Tierney’s competence to hold office. If Tierney truly had no clue about any of the illegal activity going on under his nose for more than 15 years – what else is happening on his watch? In response, Tierney refuses to acknowledge or answer any questions and has been attacking Tisei with tone deaf rhetoric that shows he’s running scared.

In addition to the ethical cloud surrounding Tierney, the environment is ripe for change. Last year, Massachusetts ranked 41st in the nation for job creation and Richard Tisei, who owns a successful realty company, has a long history of job creation and small business advocacy.

John Tierney has voted with his party 98% of the time while in Congress, including support for the failed stimulus and ObamaCare. His voting record shows he has consistently put his party loyalty before his constituents and is vastly out of touch with the independent-minded electorate in the 6th District. In contrast, Richard Tisei has a long-track record of being an independent voice, working across the aisle to find bipartisan solutions.

This race is already garnering national attention and is quickly shaping up to be the marquee House race in Massachusetts.

Chris Cuomo Invited the 'Unvaccinated Only' California Restaurant Owner on His Show and Immediately Regretted It
Townhall
President Biden says he doesn't know yet whether the federal government can mandate the whole country to get vaccinated
Twitchy
Nancy Pelosi has Jumped the Shark in Reinstating the House Mask Mandate, and She Knows It
Redstate
BREAKING: House Democrats Make History by Striking the Hyde Amendment
PJ Media