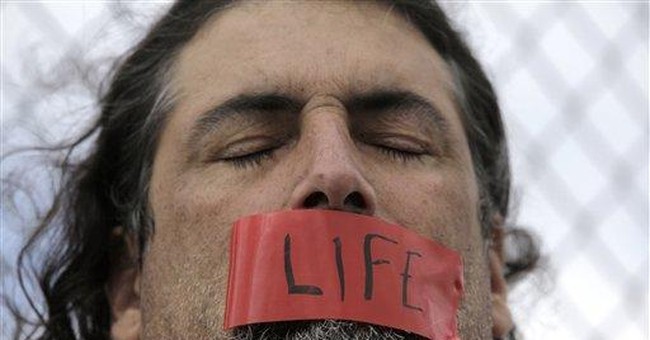 I’m a college professor and you aren’t. That means I’m a lot smarter than you are and I do really important things with my time. And I can honestly say that all of my colleagues are just as smart and important as I am. That’s why we paid an outside speaker to come to our university last week to give a lecture called “Gender Differences in Sleep Disruption among Retail Food Workers". No, I’m not making this up. And, no, I didn’t attend the lecture. I was afraid it would be so riveting that I wouldn’t sleep for days – even though I’m not a retail food worker.

Not all that we do here in the university is in the realm of high-level scientific research. We do things in the community, which shows that “hope” and “change” are not just carried out on the national level. Two days after discussing the monumental scientific breakthroughs in gender differences in sleep disruption among retail food workers our university sponsored a far more important event: we sent students to the Hillcrest Public Housing Community to host a Fall Community Garden Launch.

Lots of people were involved in this one. The College of Arts and Sciences, the Campus Democrats, the ECO Club, and even a campus Christian group. Most importantly, two prominent local chefs were there to demonstrate how to use food from a so-called “progressive garden.”

One expert provided herbs and demonstrated how to grow and cook with herbs from the “progressive garden.” Things became officially progressive when an expert discussed tending pesticide-free gardens. One resident was there to cook collards for participants and another donated corn bread. Collards, corn bread, and roasted vegetables were all on the menu and given out free of charge. There hasn’t been so much community since Jesus broke the bread and fed the masses.

That’s why the “progressive garden” day was held on October 24, which is also National “Make a Difference Day.” And that’s why I’m so angry that I wasn’t invited. And, so, I’m declaring this Halloween, the day after my birthday, to be “National Make a Bigger Difference Day.” And I’m going back to the Hillcrest Public Housing Community to celebrate. I’m even going to bring refreshments. They’ll be 100% organic and progressive to boot.

I got the idea for my progressive refreshment from an episode of South Park, of all places. Taking a satirical jab at embryonic stem cell research the creators of that offensive little show portrayed Christopher Reeves sitting in his wheelchair chopping up embryos in his blender to make some kind of an energy drink. After drinking a few he got up out of his chair and walked.

The point was effective but, of course, no one would want to do such a thing in real life. The embryos were harvested for another purpose. But, of course, aborted fetuses are routinely thrown away without any intention of using them in future scientific research. And I think that’s a real shame. Especially since the aborted fetuses are disproportionally black. It just sends a really bad message.

So I have decided in conjunction with a local clinic to use these aborted fetuses for a positive health related purpose. High in protein there really isn’t any reason why these discarded fetuses cannot be used to make energy drinks not unlike the ones created on the satirical South Park episode.

There will be some objections to doing this but most of those objections are simply irrational. For example, some will say that this amounts to cannibalism. That is patently absurd. If a fetus is not human then there is no chance that a human eating a fetus – or just small high-protein portions of a fetus – can be dubbed a “cannibal.”

Some will say that such a drink would be offensive to the taste or offensive in odor. But this must be considered in light of the fact that collards were served just last Saturday on “progressive gardening day.” Anyone who has ever had collards would be hard-pressed to imagine as strong and bitter-tasting a source of nutrition.

It really makes sense for people from my university to go to the housing projects to show mostly poor and black housing residents the techniques of progressive gardening. Freeing them from the use of pesticides is undoubtedly good for their health. But by advocating abortion and the callous discarding of the fetuses of mostly poor and black women we undo much of the good we seek to accomplish.

But under my plan we can turn what some would say is a Holocaust into a way of promoting the health of our weakest and most vulnerable citizens. It’s just my way of being progressive and giving back to the community.