Better is One Day in Your Courts 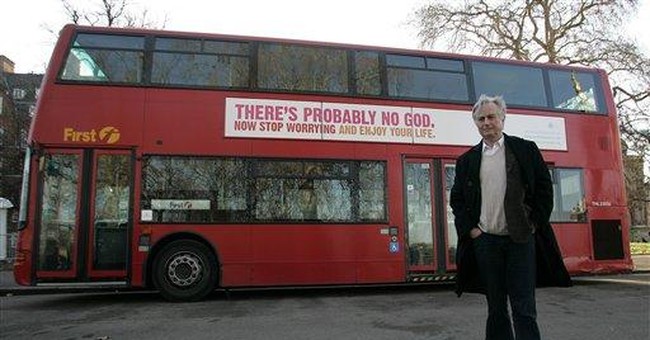 Welcome back! I am so glad to start another semester here at UNC by the Sea. I just got back from teaching at Summit Ministries in Manitou Springs, Colorado. I also had some time off last week, which I spent considering some new policies for the new semester. There will be several minor as well as two major changes this semester. The purpose of this email is to explain the first of the two major changes in class policy.

On my day off last week, I pulled up a chair on the front porch of the old hotel, which serves as Ground Zero for Summit Ministries. I got a cup of coffee and opened a book knowing full well that I would not finish either before being interrupted by Summit students. They love to ask questions of the various speakers they hear during the two-week program.

The first student that came by shared his conversion experience. He said that experience took place in two steps. First, he had a “heart” conversion brought about by his mother’s death. Next, he had a “head” conversion brought about by his intensive study of theology. I told him my story was similar. We talked about whether conversions just as often happen in the opposite way – “head” before “heart.” We also talked about whether one was “better” than the other in terms of enhancing one’s likelihood of maintaining a belief in God. We talked for almost an hour.

The next student came by to compare notes on some recent books he read – books by authors like Richard Dawkins and Christopher Hitchens. We talked about the reasons why Christians often read the works of atheists and why atheists are often afraid to read the works of Christians. I argued that, historically speaking, that hasn’t always been the case. It’s just that the new generation of atheists is less confident than previous generations of atheists. It was an awesome conversation that took up another hour.

A young couple joined me later to talk about the purpose of worship and church attendance. The young woman asked whether I thought preachers should spend more time telling us what to do or what not to do. I asked her to imagine that she was married. I also asked her to imagine her husband coming home from work every day and asking her whether she had committed adultery. Then I asked her to imagine him giving her a high five when she said “no, honey.” We laughed at the imagery but she got my point. There’s more to a good marriage than following the basic rules. And there’s much more to the Christian life than just following – or trying to follow – the proscriptive commandments. After about a 30-minute conversation the couple went to see the next speaker.

Later that night, Wesley and Brianna sat down for a couple of hours to read and talk and drink coffee much later at night than we should have been drinking coffee. Wesley was reading philosophy and Bri was practicing her Spanish with an English/Spanish Bible. We had a good talk about marriage and how people can forgive a cheating spouse and stay married even though they don’t have to. I shared the story of a man who converted to Christianity – and even became a minister – after his Christian wife forgave him.

At eleven p.m. I went to the kitchen for my eleventh cup of coffee. A staffer named Ryan said he noticed I was talking to his friend Bri and asked for my impressions of her. My answer to Ryan, which took the form of a question - has implications for all of my UNC students. That’s why I’m repeating it here in an email to all of you: “Ryan, are you asking whether Bri made a good impression in relation to students at Summit Ministries or in relation to the students I teach at the secular university?”

Students who attend UNC by the Sea are very different than the ones I teach at Summit. The former are not likely to have been home schooled. And relatively few attended private schools. So, as products of the public school system, they have spent little time discussing spiritual matters. Most of their teachers are fearful of offending the ACLU.

Furthermore, students at UNC by the Sea are confronted, from the first day, with a number of unconstitutional speech codes, which reinforce the notion that they are actually prohibited from discussing spiritual matters. These speech codes are most fervently supported by those who claim allegiance to the notion of a “wall of separation” between Church and State. But, in practice, these codes have established Secular Humanism as our university’s established religion.

I intend to challenge the status quo – and improve the quality of our discourse this semester – by spending significant class time discussing spiritual matters. I will not discuss my own conversion to Christianity and how it saved me from self-destructive behaviors – some of which were criminal. Instead, I will bring in a number of guest speakers.

Our first guest speaker, who is, in all likelihood, about to go to federal prison for receiving child pornography, will discuss the dangers of pornography in general. He will then discuss the role of the church in restoring those whose lives have been ruined by sexual addiction.

Next, I will invite someone from Chuck Colson’s prison ministry to talk about their work in prisons generally. I will ask the speaker to share data with the class comparing the success of religious versus secular prison rehabilitation programs.

Dr. Frank Turek will then give a lecture on legislating morality. He will also talk about natural law and the possibility of having an ordered society without acknowledging the existence of God.

By the time these three speakers are finished, at least one of you will have filed a formal complaint claiming I have created a “hostile environment.” You’ll be relying, of course, on one of our university’s illegal speech codes.

I will respond by doing something that may surprise you: I will use the same illegal speech code to claim that the speech in your complaint is hate speech, which creates a “hostile environment” for people of faith.

I am certain that a complaint will be filed because your generation is the least intellectually curious and most hyper-sensitive in the history of our nation. But because I care for my country and care for each and every one of you I have to do something about it. I must effect that change even if it requires litigation.

Have a great day. I’ll write tomorrow to explain the second major change in class policy.