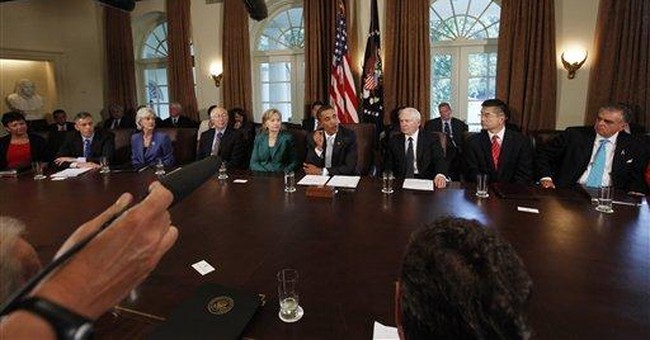 New Delhi. Mumbai. Chechnya. Madrid. London. The question isn't whether America will suffer a jihadi attack on our passenger rail lines, but when. So, why has President Obama neutered the nation's most highly trained post-Sept. 11 counterterrorism rail security team?

All signs point to business-as-usual cronyism and pandering to power-grabbing union bosses.

Amtrak's Office of Security Strategy and Special Operations (OSSSO) grew out of a counterterrorism and intelligence unit developed by the Bush administration in the wake of global jihadi attacks on mass transit systems. The office was staffed with Special Forces veterans, law enforcement officers, railroad specialists, other military personnel and experts who collectively possessed hundreds of years of experience fighting on the front lines against terrorism. Each member underwent at least 800 hours of rail security-related training, including advanced marksmanship, close quarters combat and protective security exercises.

OSSSO's mobile prevention teams acted as "force multipliers" working with local, state and federal authorities across the country to detect, deter and defend against criminal and terrorist attacks on mass transit. They conducted hundreds of show-of-force, uniformed and rail marshal rides.

"Let me congratulate them for being aware" of the threat to rail passengers, the chairman of a House homeland security subcommittee on transportation security told USA Today in July 2008. "(But) this has to be the new standard for Amtrak."

How will Congress react to the news that this high standard has been obliterated?

According to multiple government sources who declined to be identified for fear of retribution, OSSSO's East Coast and West Coast teams have not worked in a counterterrorism capacity since the summer. Their long arms were put under lock and key after the abrupt departures of Amtrak Vice President for Security Strategy and Special Operations Bill Rooney and Amtrak Inspector General Fred Weiderhold.

Weiderhold played an instrumental role in creating OSSSO's predecessor at Amtrak, the Counter-Terrorism Unit (CTU). He tapped Rooney to oversee the office. But Rooney was quietly given the "thank you for your service" heave-ho in May, and Weiderhold was unexpectedly "retired" a few weeks later -- just as the government-subsidized rail service faced mounting complaints about its meddling in financial audits and probes.

As I reported in June, Weiderhold had blown the whistle on intrusion of Amtrak's Law Department into his financial audits and probes. A damning 94-page report from an outside legal firm concluded that the "independence and effectiveness" of the Amtrak inspector general's office were "being substantially impaired" by the Law Department -- which happens to be headed by Eleanor Acheson, a close pal of Vice President Biden.

Biden, in turn, is tight with the Fraternal Order of Police (FOP), the powerful union that represents the Amtrak Police Department. According to OSSSO sources, the APD brass have been aggrieved over the non-unionized counterterrorism unit's existence from its inception.

Unlike the highly specialized officers at OSSSO, APD officers possess minimal counterterrorism training. Past studies show alarmingly low pass rates among APD patrolmen who have attended basic special operations classes, according to government sources. The Amtrak FOP continues to squabble over turf with the rival Teamsters union -- its leaders can't even agree on minimal physical fitness standards for its members, which have yet to be implemented.

Nevertheless, OSSSO is now under the command and control of the APD -- and federal stimulus funding specifically earmarked for the counterterrorism unit has now been absorbed by the police department.

Amtrak did not respond to my questions about OSSSO by my column deadline Thursday afternoon.

Al-Qaida operatives have repeatedly plotted to wreak havoc on our mass transit systems. And they will try, try again. American jihadi Bryant Neal Vinas recently gave the feds details about a plot to blow up a Long Island Rail Road commuter train in New York's Penn Station. As America marks the Sept. 11 anniversary and the "never forget" mantra echoes, an OSSSO team member told me, "There is no room for internal protectionism, vested interests of unions or asset-manipulating bureaucracies where the safety of our national passenger railroad is concerned." Does anyone else in Washington agree?