Obama's Illegal Alien Aunti: The Rest of the Story 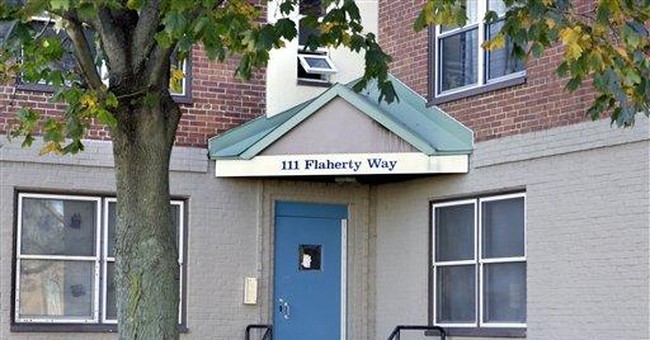 I hope Barack Obama remembered to thank George Bush on behalf of his illegal alien aunt this week. The lame-duck Republican president did the Democratic president-elect a generous -- and dangerous -- favor right before Election Day: Putting politics above homeland security, the Bush administration ordered immigration authorities across the country to halt all deportation enforcement actions until the campaign season was over.

According to my sources, the Bush administration issued a 72-hour cease-and-desist order to all fugitive apprehension teams to spare Obama embarrassment over his Kenyan half-aunt, Zeituni Onyango. The Associated Press reported on Nov. 1 that Onyango was a deportation evader -- one of an estimated 700,000 illegal alien absconders who have ignored orders from immigration judges to leave the country. The wire report mentioned that the Department of Homeland Security distributed "an unusual nationwide directive within Immigration and Customs Enforcement requiring any deportations prior to Tuesday's election to be approved at least at the level of ICE regional directors."

But the politicized order was even worse than the AP reported. The deportation process wasn't simply slowed down for public relations reasons and fear of a media backlash. The process was completely frozen.

An Immigration and Customs Enforcement source familiar with Western field offices told me: "The ICE fugitive operations group throughout the United States was told to stand down until after the election from arresting or transporting anyone out of the United States. This was done to avoid any mistakes of deporting or arresting anyone who could have a connection to the election, i.e., anyone from Kenya who could be a relative. The decision was election-driven."

Another source close to ICE operations in a Southern California field office confirmed that immigration officials there received the same directive: "The reason they included all offices in the United States was to show that they were not targeting the district office where Aunti lived. They don't want to pick her up by mistake and cause a big problem."

In other words, the Bush Department of Homeland Security determined that protecting Obama from the negative publicity surrounding a potential arrest of his illegal alien aunt was more important to the general welfare of the country than tracking down untold numbers of deportation absconders who received an extra three-day pass last week. DHS refuses to comment publicly about the case. Warped homeland security priorities are bipartisan. Democratic Rep. John Conyers has called for an immediate investigation -- not into the rank politicizing of our deportation policies, but into who leaked Onyango's deportation fugitive status to the press.

Question: Why shouldn't this information be public?

As for President-elect Obama, his true views about ICE are well known. Despite telling Katie Couric that his aunt should be required to follow the law because "we're a nation of laws. … I'm a strong believer you have to obey the law," Obama scolded ICE agents, who are doing their jobs, for "terrorizing" communities.

Onyango arrived in the United States in 2000 on a temporary visa. Her asylum request was rejected in 2004. She defied the immigration court order to go back to Kenya, moved into Boston public housing and is now hiding with relatives in Cleveland while contemplating how to extend her illegal stay.

Question: Will an Obama White House reinstate the deportation enforcement freeze in Ohio? Wouldn't want to "terrorize" the community.

Onyango's options, like those of hundreds of thousands of deportation fugitives like her, are wide open. With the help of a seasoned immigration lawyer, she can take another bite at the judicial apple and appeal her deportation order. She can take her case all the way to the Supreme Court. She can find an illegal alien sanctuary church to give her refuge. Or she can take advantage of the longstanding congressional practice of creating "special relief" bills to help individual deportation fugitives escape punishment and acquire U.S. citizenship.

The post-9/11 Bush homeland security equation looks pretty much like the pre-9/11 one, and that will continue under Obama: Cowardice plus rank opportunism times political correctness equals a lasting recipe for immigration chaos.