So Many People are Down on Obama Now 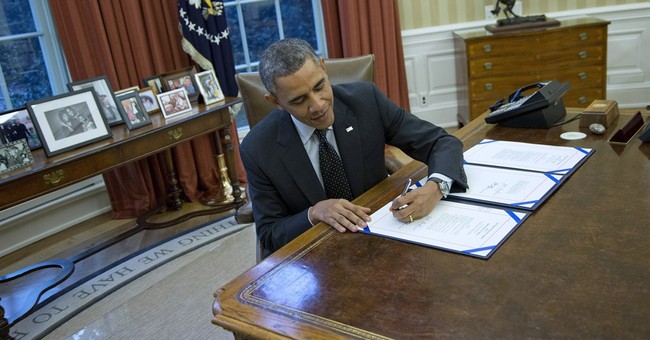 Many Americans, including Democrats, are very disgruntled with President Obama. But the real blame for many of our current messes lies beyond Mr. Obama.

It’s amazing how for years people should have seen the warning signs. They saw the unscrupulous ways that Mr. Obama conducted foreign and domestic policies. They saw how he pitted classes and races against each other. They saw how he squandered people’s money on adventurous programs, such as Solyndra, not to mention his and his wife’s expensive vacations. And of course they saw how he favored Muslims over Christians; and Arabs over Israelis.

That is to say nothing of selling guns to Mexican criminals, the betrayal at Benghazi, and the mishandling of the Arab Spring.

And yet his loyal subjects followed him blindly. And his adoring media covered up for him.

Foolishly, the electorate that voted for him again and again could not see the truth even when it stared them in the face. But once it hit a nerve in their hip pocket, they turned on him.

There is nothing new under the sun, however. Two thousand years ago, the Roman philosopher Cicero opposed the dictatorship of Julius Caesar and supported a return to the traditional republican government. But Cicero knew that blame should be cast beyond Caesar.

"Do not blame Caesar, blame the people of Rome who have so enthusiastically acclaimed and adored him and rejoiced in their loss of freedom and danced in his path and gave him triumphal processions. Blame the people who hail him when he speaks in the Forum of the 'new, wonderful good society' which shall now be Rome, interpreted to mean 'more money, more ease, more security, more living fatly at the expense of the industrious.'"

History repeats itself. May God have mercy on America more than He had on Rome.