'Anger in America' Not Making Sense

Michael Reagan
|
Posted: Oct 13, 2017 10:35 AM
Share   Tweet
The opinions expressed by columnists are their own and do not necessarily represent the views of Townhall.com. 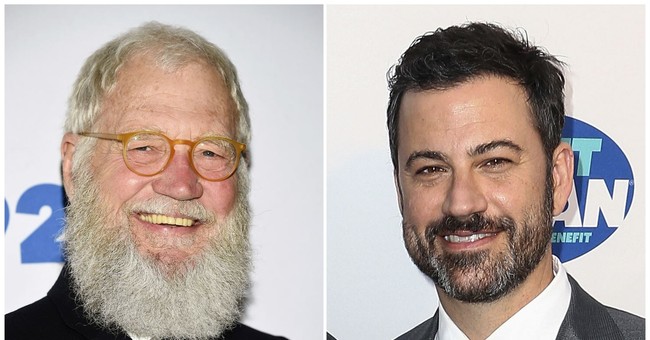 You can't go out to eat with friends.

You can't even go to a big family dinner without getting into an angry political argument.

Everyone has a strong opinion about Trump, Hillary, Rocket Man, healthcare, Confederate statues, the minimum wage - everything.

And their opinion is always right, and everyone else's is always wrong.

There's hardly a place left where you can get away from politics and find a little fun and solace.

I can't even relax in front of the TV anymore.

I can't watch the news, sports, the morning shows or the late-night talk shows. Or the Academy Awards, the Emmys or "Saturday Night Live."

No matter where I click, there's no escape from liberal politics and the media's nonstop drumbeat of Trump Hate.

I think every hurricane, thunderstorm, wildfire, drought, flood, snowstorm, heat wave or heavy dew that has negatively affected North America since June has been blamed on humans, their cars or Donald Trump's energy policies.

What's the next place on TV to be ruined by liberals and their politics, the shopping channels?

Or will it be the game shows?

Will Alex Trebek come out and take a knee to protest how President Trump's strict immigration policy hurts Canadians?

It's gotten so bad I'm afraid to ask Alexa or Siri a question.

I'm afraid one of them will tell me to go to Hell or say, "What do you want now, you stinking Republican?"

It's always been tough for a conservative Republican to read, watch or listen to the mainstream media without becoming incensed by their dominant liberal bias.

But at least not so long ago you could still stay up late and watch Steve Allen, Johnny Carson, Jay Leno or Merv Griffith and fall asleep with a smile on your face.

Allen, Carson, Leno, and Griffith had their personal politics. They had their favorite presidential candidates and made plenty of Nixon, Reagan, and Bush jokes.

But did Carson or Leno vote for my father? For Jimmy Carter? Bill Clinton? Did they support welfare reform? I can guess, but I don't know for sure.

Even David Letterman's politics -- up until the end of his reign when he went over the liberal cliff -- was a mystery or nonexistent.

Unlike our current trio of liberal preachers - Colbert, Kimmel, and Myers - the late-night talk show stars of yesteryear didn't misuse their powerful platforms to ridicule the president every night and slobber all over his critics and enemies.

People wonder why Americans today seem so angry at each other all the time.

One reason is that the people like Kimmel and Colbert who are supposed to make us laugh are too busy pushing their hateful politics down our throats to do their job.