What Trump People Don't Get

Michael Reagan
|
Posted: Apr 21, 2016 12:12 PM
Share   Tweet
The opinions expressed by columnists are their own and do not necessarily represent the views of Townhall.com. 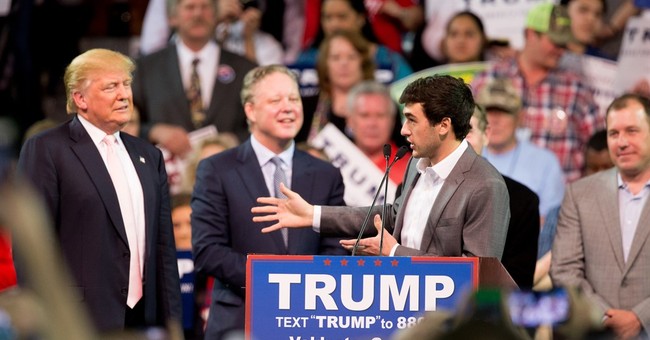 They've been whining for weeks about how the Republican Party primary system works.

They say it's rigged because their hero is pulling in the most votes and the most delegates but still might not win the nomination.

They say it's all very simple: Trump's getting the most votes and therefore it's only fair that the person with the most votes from the people should win the nomination.

As I tweeted earlier this week, if that's the way Trump's followers think, then they should all be supporters of Al Gore.

In the 2000 election Gore got 540,000 more votes than George W. Bush, but Bush ended up in the White House because he accumulated the most Electoral College votes.

The Founding Founders & Framers knew what they were doing when they set up the Electoral College to indirectly choose the president.

And they sure didn't want a candidate for president to be able to just campaign in three or four big states and rack up huge vote totals and win that way.

The Founders deliberately set it up so each state got its electoral votes in proportion to its representatives and senators.

It's the same representative principle at work in the Republican Party's primary system.

The GOP doesn't want some guy to be able to win the nomination by flying a 757 into a handful of big states like California, New York, Texas, Illinois, Ohio and Florida, holding campaign events for 20,000 people at the airport and then flying home to Upper Upper Manhattan.

They want a nominee who gets on the ground, walks the neighborhoods, shakes hands and does the hard retail work at the grass roots.

Trump people might not like the primary process because their hero is not winning, or think there is cheating and rigging going on.

But they have to understand there is a process and it's not about vote counts, it's about the delegate count. It's not that tough to get.

Meanwhile, what really concerns me lately is how Trump is wrecking his ability to unify the GOP around his candidacy in the fall if he does win the nomination.

He spends parts of every speech and press conference announcing that he hopes that his supporters don't make trouble if he doesn't win. He hopes they don't riot in the streets.

I'm getting tired of his veiled threats, because that is what they really are.

It's time for Reince Priebus, the chairman of the Republican National Committee, to stand up at a press conference and tell Trump to cut it out.

Maybe threats and intimidation are part of the Donald's winning strategy in business. But it's not how it's supposed to work when you're trying to win the presidential nomination of the Republican Party.