United States Must Lead in Libya

Michael Reagan  |  Aug 25, 2011
The opinions expressed by columnists are their own and do not necessarily represent the views of Townhall.com.
Top Columns
Trending on Townhall Media 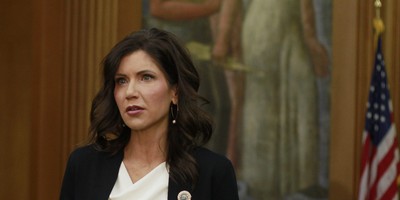 With approximately 135 different tribes within its borders, the hard lifting in Libya now begins. It is incumbent upon the United States to take a lead role in this vital area. No more of the Obama policy of leading from the rear -- the U.S. must lead, and must lead from the front.

The Libyan people have not breathed freedom since the tyrant Gadhafi took control of their government way back in 1969. It may not be easy for Libyans to learn how to be free after all that time, but we can and must help them.

There are factions in Libya that support terrorism, and we cannot allow them to gain control of a nation with $85 million a day coming from oil sales and with upwards of $150 billion in assets now frozen by international action. We also cannot allow known weapons supplies and raw nuclear material to get into the hands of the enemies of freedom now vying for power.

That lead role will be critical. With Gadhafi's 42-year-long dictatorship all but over, Libya's new leaders face what Peter Apps of Reuters called "the daunting task of restoring order, beginning reconstruction and avoiding collapse into conflict and chaos."

Libya's now-frozen assets need to be made available to the new government. Providing access to frozen funds and restoring oil exportation should enable the government to build a stable authority and support the change to a market economy.

"What you almost always find in these cases is that postwar planning hasn't kept pace with the planning for the conflict itself," according to David Hartwell, a Middle East analyst at IHS Janes, as reported by Reuters. He adds, "There's going to be a lot to do"

Gadhafi's corrupt dictatorship spent more than 40 years imposing a socialist framework to put most of the economy into the fumbling hands of the government; perhaps 70 percent of all Libyans are dependent on government employment of some sort. New leaders will inherit an infrastructure damaged by corruption, neglect and war. It might take years to restore oil production and rebuild the economy.

Mohsin Khan, a senior fellow at the Peterson Institute for International Economics, told msnbc.com, "It's going to be a tough economic situation. The new Libyan government will have a choice to make -- which way it wants to go. That's critical in determining how it rebounds."

This is reminiscent of the choices faced by governments in Eastern Europe after the fall of the Soviet Union.

In the face of all this chaos, America's leadership plays golf in Martha's Vineyard, seemingly oblivious to the perils involved in the political chaos of the Middle East.

In the meantime, the need to unfreeze Libyan assets so that funds can quickly flow back into Libya was addressed by Catherine Ashton, the European Union foreign affairs chief who insists that frozen funds flow freely back into Libyan coffers.

"This is about making sure that people are paid, civil servants police officers, whoever, also making sure that there are supplies in the shops and so on, helping to make the economy function," Ashton said in a speech Tuesday.

She didn't add that it's hard to do all that on the ninth hole of a golf course in Martha's Vineyard.