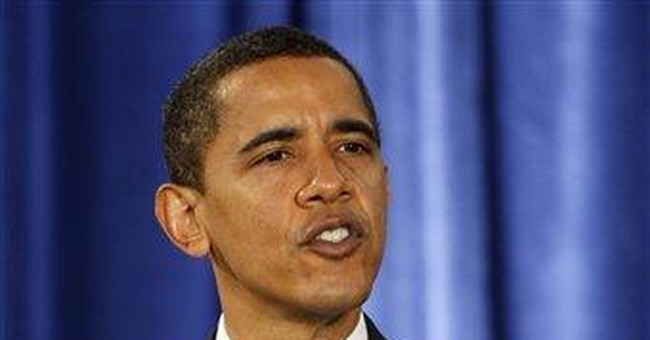 A funny thing happened on his way to the White House: that old, left-wing community organizer Barack Obama has suddenly veered toward the center, and his incoming administration is looking more and more like the Daley Machine in Chicago than Hugo Chavez's administration down in Venezuela.

It seems that reality has set in, instructing the soon-to-be president-elect (he won't be that until the presidential electors gather and vote for him next month) that it's easier to promise change then it is to change the way things are traditionally done in a democracy.

Watching him announce key appointments to cabinet and sub-cabinet posts makes one think that this is Bill Clinton redux. Mr. Obama has dug deep into the 1990s and resurrected much of the Clinton cast of characters, even to naming Hillary Clinton to be secretary of state.

None of this satisfies the radical left that went bonkers trying to elect the man they thought would turn the White House into a new Kremlin and name all of them commissars of the new Socialist Republic of America.

Barack Obama, ardent disciple of the late Saul Alinsky, seems to have forgotten the iron-clad left-wing dictate -- "no enemies to the left." With every Clintonite or Wall Streeter appointment he makes a new enemy on the left.

What the Alinsky/Ayers crowd doesn't seem to understand is that Barack Obama's only acquaintanceship with government in action was his close relationship with Chicago's Daley machine, where its hallmark -- aside from its rampant corruption -- was devotion to pragmatism. If it works, do it; if it doesn't, don't.

Everything Mr. Obama has done in recent weeks since winning the election has been an exercise in pragmatism -- gone is all the heated rhetoric about change and reform. Everything is now measured by only one standard -- it must above all be practical.

What his disappointed leftist allies don't grasp is that many of those who voted for him thought he had a conservative message for them. Now with his appointments such as keeping Robert Gates at the Defense Department and naming Paul Volcker as a top economic advisor, he's delivering on what the voters saw as his conservative promises.

Unlike Bill Clinton, he's moving to the center before he takes office, and not two years afterwards as Clinton did. During the campaign I prayed he was lying when he unveiled his platform and promises of what he'd do as president.

It looks as if my prayers were answered.

I expect that he'll try to mollify his now-dejected left-wing supporters by tossing them a few bones. He'll push for the horrendous "Freedom of Choice" bill that would enshrine abortion as the supreme law of the land, overturning all restrictions on the grisly procedure previously enacted by the states; and trying to gag conservative talk radio hosts, for example.

I'm sure he knows that those attempts might be empty gestures if his party falls short of the 60 votes in the Senate they need to shut off debate on such measures, thereby allowing the Republican minority to use the filibusters to kill such measures so dear to the hearts of the so-called progressives.

What's happening is Obama's discovery that there is a big difference between running for president and being president. He is now up to date, up to speed, and getting all the information George Bush is getting -- and he having to make decisions based on that information.

As a result he and George Bush are now on the same wavelength. It's amazing what a little dose of reality will do to a man who dreamt dreams before he encountered the inescapable facts of life.