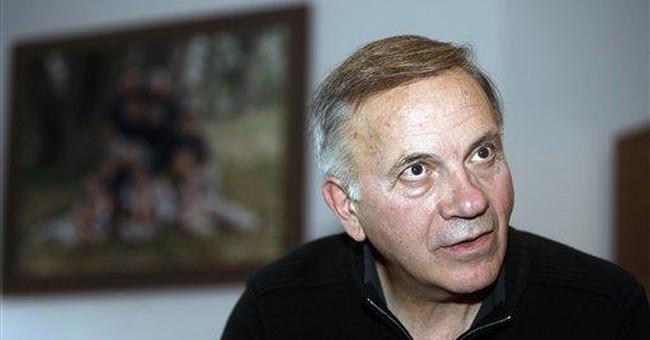 The announcement by former congressman Tom Tancredo that he'll run for governor of Colorado as a fringe party candidate follows a familiar pattern: established politicians turn to protest campaigns only after they've been disgraced, defeated and rejected by the mainstream. Their minor party dalliances represent a desperate, pathetic bid to keep the media spotlight, more than they reflect any practical agenda or commitment to ideological purity.

In Tancredo's case, he remains tainted by his embarrassing 2008 presidential race. A full three years before the Iowa caucuses, he became one of the first Republicans to announce his intention to run, and managed to waste $1.5 million on his campaign, never reaching double digits in national polls and formally withdrawing just days before Iowa voted. (He ended up with 5 caucus votes— not 5,000, but 5 — out of 119,000.)

Similarly, Alan Keyes joined a minor party (the Constitution Party, the same angry outfit that has now drawn Tancredo) only after his third failed GOP presidential campaign, plus three landslide defeats as a Republican Senate candidate. Adding insult to injury, he even lost the meaningless Constitution Party nomination in 2008 to a little-known preacher, then left that fringe operation to launch his own fringe party.

In similar spirit, former Republican Bob Barr suffered a crushing 2-to-1 defeat in his 2002 congressional re-election bid, then left the GOP to become the Libertarian Party presidential nominee in 2008. Pat Buchanan, another formerly influential figure, abandoned the Republicans in 2000 in the midst of his third failed presidential campaign, enlisting in the Reform Party (created by former vanity candidate Ross Perot) for a catastrophic campaign that drew barely one-sixth the votes of fellow fringie Ralph Nader.

In the 19th century, two rejected presidents established this sad pattern of crushed, embarrassed public figures seeking redemption, revenge or just continued attention. Martin Van Buren lost the White House in a landslide in 1840, failed to win renomination by the Democratic Party he had helped to build, then ran in 1848 as a "Free Soil" spoiler candidate. President Millard Fillmore also lost the nomination of his own party (the Whigs), and four years later campaigned as the "Know Nothing" standard bearer of 1856, promoting a radical anti-immigrant platform that would embarrass even Tancredo.

Only once in U.S. history did a politician abandon his major party base while still popular and successful: former president Teddy Roosevelt re-entered politics in 1912, narrowly lost the GOP nomination to incumbent President Taft, and then, openly angry at this perceived betrayal, ran under the banner of the Progressive ("Bull Moose") Party. After his strenuous campaign fell disastrously short (Democrat Woodrow Wilson won the electoral vote by 5 to 1) Roosevelt quickly returned to the Republican fold, strongly supporting its 1916 nominee and considering the GOP nomination for 1920 before his sudden death at age 60.

Misinformed zealots may insist that Abraham Lincoln offers another example of a successful politico taking chances on a third party, but by the time that Honest Abe reluctantly abandoned his long-standing Whig affiliation, that party had collapsed and Republicans had already taken its place. The new GOP dominated congressional elections of 1854 (electing a new speaker of the House) and 1858, while finishing second in a close 1856 presidential race — all before Lincoln won election as the first Republican president in 1860.

Politicians with the winning touch almost always shun fringe parties because chances of success are so small. The most admired American leaders take their place in an honorable pragmatic tradition, counting practical results as more important than showy gestures. The sad truth, so dramatically illustrated by Tancredo's egotistical campaign, is that third-party candidacies seldom demonstrate courage or commitment but almost always amount to illogical, revenge-fueled reactions to disgrace and failure — reactions that naturally ensure continued disgrace and failure for the deluded narcissists who pursue their self-indulgent efforts.