Confusion and Contradictions - But Not a Shift to the Left 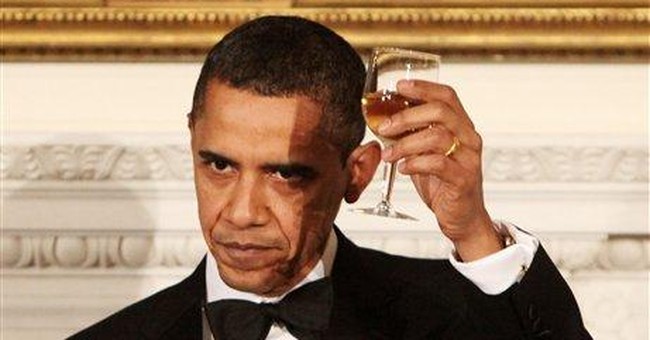 Conventional wisdom suggests that public opinion has moved decisively- perhaps irrevocably - to the left, but recent polls actually express confusion and contradictions in the national mood.

Far from the “sea change,” “tectonic shift” and “political revolution” that heavy-breathing pundits impute to the glorious dawn of the Age of Obama, major surveys show a glaring contrast between personal admiration for the President and widespread skepticism about the effectiveness of his policies. For instance, a CNN/Opinion Research survey showed that a huge majority of Americans (67%) don’t expect the increased spending in the stimulus package and the budget to improve their financial positions. A Fox News/Opinion Dynamics poll indicated only 24% believed the “economic recovery plan” would help their personal situation, while 19% expected it would “hurt” them and the majority (54%) thought that the new government initiatives (costing at least $15,000 per tax filer) would make no difference at all.

Turning from their own situations to the nation, there is still no majority that believes that Obama’s programs will produce their promised impact; only 49% agreed that “the recovery plan would help the economy.” By a big margin, Americans believe that the recent recovery legislation is “better described as a spending bill, rather than a stimulus bill” (52% to 31%).

Nevertheless, the public overwhelmingly approves of the job Barack Obama is doing as president (60% to 26%) and views him in highly favorable terms (68% to 25%). Nonetheless, many of the same folks who like the president and appreciate his leadership so far wish for “more Republicans in Congress to provide a check on Obama’s power.” (46%)

Looking deeply into any major poll, such contradictions turn up again and again. Big majorities say it is “the responsibility of the federal government” to “make sure all Americans have food,” “make sure all Americans have health care” and “provide housing to those who cannot afford it,” but in the same survey (Fox News/Opinion Dynamics again) three fourths of all respondents worry that “Americans are starting to rely too much on the government and not enough on themselves.”

Amazingly, 76% of independents and a startling 63% of Democrats agree that Americans “rely too much on government” – at the very same time that more than two-thirds of these same Democrats want government to start providing food, housing and health care.

These wildly contradictory numbers suggest a classic head vs. heart dichotomy, rather than some coherent ideological perspective. At the same time that their emotions tell well-intentioned Democrats that a compassionate government should take care of the unfortunate, their minds inform them that it’s a bad thing to rely too much on Uncle Sam. Republicans in this regard possess the strength of much greater consistency: they look askance at the idea of the feds providing basic needs, so it makes perfect sense that 91% of them would agree that their fellow citizens are beginning to depend too much on government and not enough on themselves.

On other issues, Republicans also manage to avoid the awkward and illogical contradictions that plague their more liberal counterparts. Among self-identified GOP’ers, 67% say that “most elected officials in this country” are not “honest or ethical,” so it makes sense that by a huge margin they distrust the federal government.

On the other hand, the majority of Democrats do “generally trust the federal government” (54% to 43%) though their trust of “elected officials” is only marginally better than the trust level of Republicans (36% to 31%). When Democrats say they trust the government at the same time they certify (58% of them) that they distrust “elected officials,” it ought to be obvious that the current tendency to support big government programs is instinctive rather than ideological, situational rather than sweeping and reflecting confusion as much as conviction. No wonder that a bare majority (51%) support the economic recovery plan, while even fewer (49%) believe it will actually help the economy.

In other words, Obama gets credit for bold leadership and sincere efforts to stave off financial collapse, even when people aren’t at all sure that he’s taking the nation in the right direction. In the same way, his election victory a mere four months ago stemmed far more from his personal appeal than from some major ideological switch among voters. According to the definitive exit polls, the percentages of self-described liberals, moderates and conservatives among voters in 2008 remained virtually identical to the composition of the electorate in 2004 – with conservatives registering as exactly 34% in both years, moderates going down (from 45% to 44%), and liberals going up by the same tiny increment (from 21% to 22%).

Voters felt disillusioned with the Republican Party (as the GOP percentage in the electorate declined sharply from 37% to 32%) but they showed no decline whatever in “conservative” identification. In fact, the big majority of Obama’s voters called themselves “conservative” or “moderate” (a combined total of 62%) while only 38% of those who voted for the Democratic nominee actually shared his self-consciously liberal orientation.

This hardly suggests a militant mandate for a new political direction--- nor do numbers that show that Obama won at least in part because he swept constituencies that said they wanted tax cuts, as well as those who demanded a balanced federal budget. At some point in the future, these one-time supporters will notice that their guy has produced the most un-balanced budget in modern history, and will provide major tax increases for everyone (thanks to the radical designs of “cap and trade” as a means to curb global warming).

In fact, in their current spending binge, environmental obsessions, catering to interest groups, appetite for new governmental initiatives, love for political correctness and contempt for conservative values, the Democrats in Washington closely resemble the Democrats in California who’ve run that state’s legislature for some fifty years. The only difference between the Sacramento Dems and the DC Dems is that California law requires a balanced budget, so the day of reckoning has already come to the state capitol. Indeed, a new poll by the Public Policy Institute shows the approval of the state legislature (grappling with a ridiculous $42 billion deficit) hitting a record low of 21%. Meanwhile, the same poll shows 70% of Californians approving of Barack Obama. That means that some 50% of residents in the nation’s largest sate express their love for the President for doing some of the same things that caused them to hate the Democrats in Sacramento. Sooner or later, the confusion may begin to clear away and the divided, puzzling reactions to Obama-nomics could evolve and clarify.

Yes, the arch-liberal complexion of the Democratic majorities that control both houses of Congress means that President Obama may enjoy several more months of getting his way in Washington. But considering the contradictory initial reaction and core values of the nation’s ongoing moderate-conservative majority, it’s also possible that the president will overplay his hand and give the Republicans a chance to reconnect with America’s real majority.