Conservatives: You Will Live to Regret Your Attacks on The Filibuster 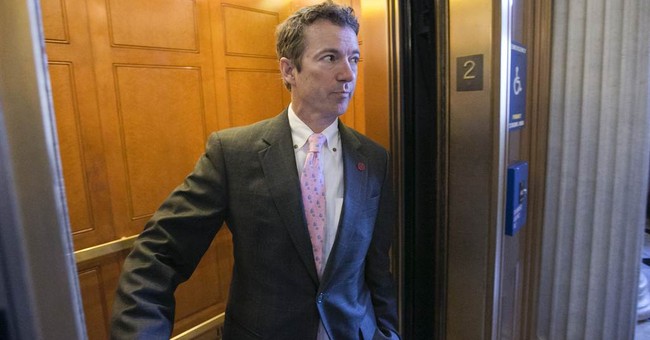 Back in 2005, I was asked to defend the Senate filibuster of nominations in the pages of Human Events.

At the time, many conservatives were perfecting and pushing a mechanism for blowing up the Senate rules -- dubbed the "nuclear option."

The GOP was riding high at the beginning of 2005, and many conservatives felt that Republicans would control the Senate and the White House for the indefinite future. Thus, in their minds, there was no downside to eliminating Senate protections for the minority, as they expected that it would be Democrats who would be hurt by that change.

As most readers know, the GOP lost the Senate and the House less than two years later. They lost the White House in the next presidential election. And, in November, 2013, Harry Reid took the "nuclear option" -- the parliamentary device perfected by conservatives -- and used it to pack the circuit courts with liberals. For good measure, he packed the NLRB, allowing it to rewrite labor law by executive fiat. And he staffed Dodd-Frank, thereby allowing that seminal legislation to be implemented. It is only by serendipity that Reid was not accorded a vacancy on the Supreme Court which would have allowed him to use the "nuclear option" to transform the High Court into a liberal juggernaut.

Ten years later, the same conservatives who rolled the dice and lost in 2005 are proposing to eliminate the legislative filibuster. If they succeed -- and if Democrats take the Senate and White House in 2016 -- everything they care about will be irreparably gone.

Let's start with comprehensive legislative amnesty, which is only an issue today because it was successfully filibustered in 2007. Similarly, draconian New York-type gun control was thwarted only by a 2013 filibuster. Liberal campaign finance reform, abortion-on-demand, forced unionism, tax increases? All of these were stopped by legislative filibusters -- and would pass in the absence of that defensive tool.

Think the House will save you after the filibuster is gone? Here's a little secret: In 2014, House Democrats were prepared to pass legislative amnesty by filing a discharge petition and picking off blue-state Republicans one-by-one. The only thing that prevented immigration from passing into law was the fact that Harry Reid screwed up and passed immigration as a Senate-initiated revenue measure which was subject to a House blue-slip. Thus, formal papers were never actually sent to the House and there was therefore nothing to discharge.

This procedure for picking off blue-state Republicans will become Standing Operating Procedure if Clinton wins.

Now, I'm not one of those who believes Clinton's election is inexorable. But, by eliminating the legislative filibuster, conservatives would be staking everything they believe in on the outcome of an election which is, at best, far from certain.

And, in exchange for risking the loss of everything we have ever fought for, what would conservatives gain by breaking Reid's filibuster of DHS appropriations? Here's a news flash: OBAMA IS STILL PRESIDENT. A successful filibuster would merely be replaced by a successful veto. You will have gained NOTHING.

Finally, filibuster opponents argue that, if Republicans don't abolish the legislative filibuster, Reid will. That's not at all clear. Reid lost three Democrat votes in his 2013 invocation of the "nuclear option," and would have lost a lot more had he tried to extend the "nuclear option" to legislation. In a closely divided Senate, Democrats probably won't have the votes to go the next step.

Aside from that, what would happen if Clinton won, but Republicans held onto the Senate by 51 votes -- not an unlikely outcome? Without the legislative filibuster, you will have turned Maine "moderate" Republican Sue Collins into the arbiter of the entire Clinton agenda.

The hallmark of the Obama presidency has been the willingness to ignore the Constitution, the laws, and the rules in order to achieve short-term policy objectives. Conservatives should not follow his example and assume that their short-term goals justify the sort of fraudulent artifices which will ultimately come back to haunt them.