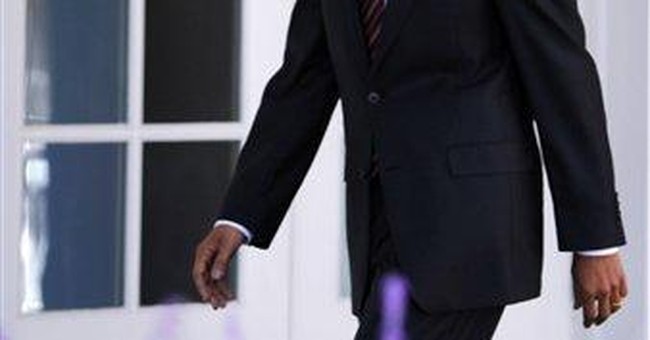 WASHINGTON -- The decision on President Obama's Afghanistan strategy -- expected during the next few weeks -- finally seems close. After a process attacked as dithering and praised as deliberative, all the serious options appear to include a larger American commitment.

America's best military minds have argued that rescuing the situation in Afghanistan requires a decisive shift in strategy and an increase in resources. The Afghan population needs more protection, which would make local leaders more secure and cooperative, which would produce more actionable intelligence. It is the virtuous cycle that succeeded in Iraq. But, as in Iraq, it requires more troops.

The size of this escalation -- anywhere from 40 percent to 60 percent above current troop levels -- is still debated. Obama's penchant for splitting every difference may yield a strategy that falls just short of the need. But each of the plans under consideration involves a recommitment to America's military goals in Afghanistan.

However difficult this deliberation has been, it is only the barest beginning of Obama's task. Once a choice is made, his challenge becomes primarily rhetorical -- persuading a skeptical public and reluctant Democratic Congress that increased sacrifice in Afghanistan is necessary. His actual decision may be a near-run thing, bathed in shades of gray. But military choices must be announced and pursued with neon clarity. It is the purpose of wartime presidential leadership to turn a debatable strategy into a national commitment.

We have yet to see this type of leadership from Obama. His rhetorical focus has been mainly domestic. Communication concerning Afghanistan and Iraq has come when there is no other choice. These wars have fallen into the category of inherited problems -- less national causes than a distant uncle's debt.

Obama's high-profile international speeches -- such as his Cairo remarks and United Nations address -- have sought to transcend ideological debates, not engage them on one side. In this rhetorical approach, the world has many criticisms of America, some of them unfair; but America also has many flaws and failures. Thankfully, the bad old days of misunderstanding are now over, because of the arrival of Obama himself.

Call this what you will -- narcissism comes to mind -- but it has little to do with the wartime leadership (during wars hot and cold) of presidents such as Franklin Roosevelt and Ronald Reagan. They expressed an unyielding commitment to one side of an ideological divide -- the side involving freedom and self-government. And they revealed metal beneath their charm, which inspired American troops and disconcerted American enemies.

Even on domestic priorities such as health care, Obama is more professorial than passionate, more explanatory than inspirational. In tragedy -- such as the Fort Hood shootings -- his public reactions can be oddly muted and medicinal. What makes Obama outraged? For what would he willingly sacrifice his popularity, his pride, his presidency?

Obama has sometimes been accused of Carter-like weakness. In temperament, the more apt historical comparison is President Woodrow Wilson. Wilson was cerebral, cold and aloof, at least in public. With admirable self-knowledge, he called himself a "vague, conjectural personality, more made up of opinions and academic prepossessions than of human traits and red corpuscles."

Elected as a progressive reformer, Wilson entered World War I with a deep, liberal reluctance. But he became a wartime leader. "Again and again," he said in 1919, "mothers who lost their sons in France have come to me and, taking my hand, have shed tears upon it not only, but they have added, 'God bless you, Mr. President!' Why, my fellow citizens, should they pray God to bless me? I advised the Congress of the United States to create the situation that led to the death of their sons. I ordered their sons overseas. I consented to their sons being put in the most difficult parts of the battle line, where death was certain. ... Why should they weep upon my hand and call down the blessings of God upon me? Because they believe that their boys died for something that vastly transcends any of the immediate and palpable objects of the war. They believe, and they rightly believe, that their sons saved the liberty of the world."

Once a decision is made on Afghanistan, Obama will need a similar transfusion of red corpuscles -- and need to make a similar case. In Afghanistan and other distant places, America's sons and daughters are saving the liberty of the world.