Michael Brown
|
Posted: Aug 06, 2018 1:38 PM
Share   Tweet
The opinions expressed by columnists are their own and do not necessarily represent the views of Townhall.com. 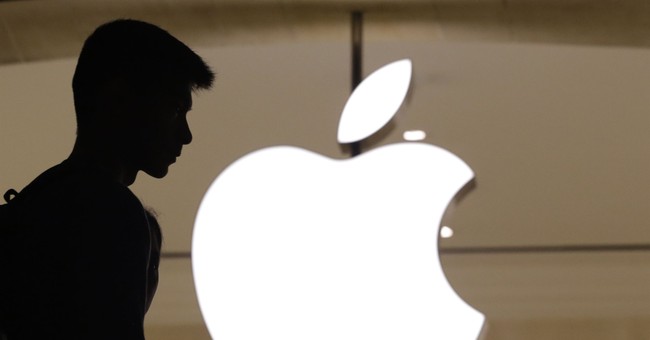 Headlines on Drudge Report and Breitbart shouted out the dire news: APPLE REGULATES ‘HATE’. And, MASTERS OF THE UNIVERSE: FACEBOOK APPLE PURGE INFOWARS FOR ‘HATE SPEECH.’

Over on Twitter, Paul Joseph Watson, one of the leading contributors to Infowars, raised his voice in protest and warning: “Facebook has permanently BANNED Infowars. For unspecified ‘hate speech’. They didn't even tell us what the offending posts were. This sets a chilling precedent for free speech. To all other conservative news outlets - you are next. The great censorship purge has truly begun.”

He added, “Whatever you think of Infowars, they're coming for you next.”

Now, I’ve mentioned before that, by and large, I am not a fan of Infowars (although Watson’s takedowns of the radical left are often bitingly on target). At the same time, I’ve stated that YouTube’s conflict with Infowars (the precursor to the current attack) should concern us all.

But let’s leave Infowars out of the picture for the moment. Let me share with you some recent examples of Facebook and Twitter and YouTube coming against conservative speech. You can draw your own conclusions.

For those of you who don’t know Prof. Gagnon, he is a respected academic and is neither a name-caller nor a hate-speaker. His book on homosexuality and the Bible is the most authoritative work of its kind, with endorsements from a wide range of leading scholars.

As a result of his post, which under no balanced evaluation can be considered hateful or discriminatory, he was temporarily blocked by Facebook.

In contrast, Christian-bashing, Bible-hating, God-mocking pages abound on Facebook.  (See here and here for a few examples of many.)

And the post contained this statement: “In the service of tolerance, comity, and consistency, will ‘progressives,’–including homo-activists, ‘trans’-cultists, and the government–accommodate, affirm, and celebrate our identity [as Christians] and protect our right to live in accordance with it?”

After waffling on the issue, Facebook finally informed IFA that they would not be allowed to pay money to advertise this post.

One week later, Facebook informed IFA that they would not be allowed to boost this post, which asked, “Is ANYONE Affected by ‘Trans’ Deviance?”

The article raised concerns, such as: “Parents are raising babies to have no ‘gender identification.’ They’re concealing their children’s sex—a fundamental and profoundly meaningful anthropological fact—from family, friends, and even the toddlers themselves.” Such speech must not be promoted!

So, Facebook will not allow the IFA to advertise their posts, even to like-minded conservatives.

3) Twitter blocks a conservative for mimicking the tweets of an unblocked, radical leftist. As reported on the Right Scoop, “Sarah Jeong has been a pretty buzzworthy topic this week, even making it onto the Sunday morning talk shows, after a bunch of tweets hating white people and cops were uncovered and her new employer, the New York Times, was very not upset by them.

“On Twitter this weekend, Turning Points USA’s Candace Owens tried something. She tweeted the same things that Jeong tweeted, to find out if she would be punished even though Jeong was not.”

So, Sarah Jeong, who is guilty of hate speech, got a free pass from Twitter (and the New York Times) for posting horrific comments about white people. Then, to make a point, Candace Owens, a conservative black woman, took Jeong’s own words but substituted “Jewish people” for “white people.”

And she was totally clear in what she did, adding in the very same tweet: “The above statements are from @nytimes editor @sarahjeong. I simply swapped out the word ‘white’ for ‘Jewish’.”

In response, she was temporarily blocked by Twitter, which, as you know, takes hate speech very seriously. (This is a great place for your own sarcastic reply.)

After an uproar of protest against Twitter, her account was quickly reinstated. (Note that Owens did the same thing in another tweet, substituting “black” for “white.” Point proved.)

4) YouTube refuses to allow my ministry to advertise one of my videos. We have already documented our battle with YouTube and Google over our video “Can You Be Gay and Christian?”

It would be difficult to approach this controversial subject with a more loving and gracious tone than we did. But because of an aggressive LGBT campaign against the video, YouTube not only demonetized it (which means that regardless of how many times it is viewed, it cannot generate income). YouTube/Google also informed us that we will not be allowed to advertise it – meaning, at our expense, to likeminded viewers. “Thou shalt not advertise biblical content that offends!”

(If you haven’t watched the video yet, please do, and give it a thumbs up. This helps combat the LGBT activists who have swarmed the video with hateful comments and with thumbs down responses.)

What, then, should we make of this? What of the fact that radical-leftist, highly-bigoted groups like the SPLC are helping these internet giants make their decisions?

Let me repeat what I said in my earlier article about Infowars: Whether you’re an Infowars fan or you find their work distasteful, their potential removal from YouTube should concern you.

Otherwise, soon enough, we’ll have our own version of Martin Niemöller’s famous poem, which will now sound something like this:

First they came for Infowars, and I did not speak out—because I found them offensive.

Then they came for Geller and Spencer, and I did not speak out­—because I found them obnoxious.

Then they came for Prager U, and I did not speak out—because I found them opinionated.

Then they came for a host of others, and I did not speak out—because I have my own life to live.

Then they came for me—and there was no one left to speak for me.

You have been forewarned.