Michael Brown
|
Posted: Jun 05, 2018 12:01 AM
Share   Tweet
The opinions expressed by columnists are their own and do not necessarily represent the views of Townhall.com. 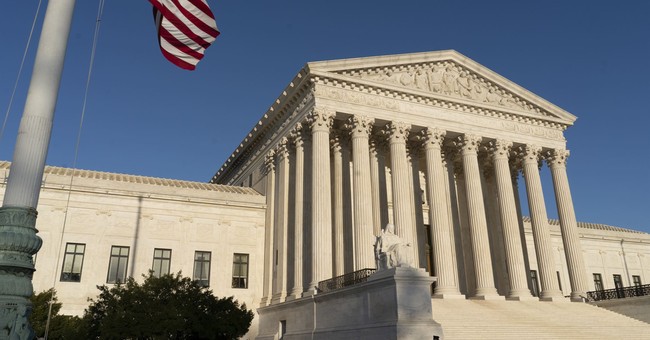 The Supreme Court today pushed back against the rising tide of anti-religious sentiments in America, ruling in favor of Colorado baker, Jack Phillips.

In a 7-2 decision, the court specifically rebuked the Colorado Civil Rights Commission, which had ruled against Phillips when he refused to design a wedding cake for a same-sex “marriage.” As expressed in the majority opinion of Anthony Kennedy, “The Commission’s hostility was inconsistent with the First Amendment’s guarantee that our laws be applied in a manner that is neutral toward religion.”

Although the court did not issue a ruling on the wider questions regarding the conflict between religious freedoms and LGBT rights, the ruling was a major step in the right direction. May the pushback against LGBT extremism (and anti-Christian animus) continue!

Adding to the irony is that, in the story covered by Forbes, the ADF came under fire this past weekend when one of its ads appeared on some LGBT YouTube channels, provoking a torrent of protest against the internet giant. (I wrote about this as well, since one of my ads also appeared on these channels, adding to the LGBT outrage. Forbes and others have reported on our video as well.)

The ADF ad in question told the story of Christian florist Barronnelle Stutzman, who has been unfairly (and harshly) punished by the courts for declining to make a floral arrangement for a same-sex “wedding.” Yet her case is almost an exact parallel to the case of Jack Phillips.

Both are Christian conservatives. Both have a history of serving the LGBT community. And both declined to be coerced by the state into using their artistic gifts in a direct violation of their religion and conscience. (In the words of Phillips, “It’s not about turning away these customers, it’s about doing a cake for an event -- a religious sacred event -- that conflicts with my conscience.”)

Today, the Supreme Court took an important step in recognizing that the First Amendment remains in force. It also confirmed what I have said for years, namely, that LGBT activism is the principle threat to freedoms of religion, speech, and conscience in America. May the pushback against this extremism continue.

It would take many books to document the rise of anti-religious (specifically, anti-Christian) sentiments in America today. Suffice it to say that much of the anti-Christian bigotry comes from LGBT activists and their allies. They have successfully demonized Christian conservatives who hold to traditional (= biblical values). (For extensive documentation through 2011, see here. And 2011 was a long time ago.)

That’s why, within the last 24 hours, I was associated with ISIS and the KKK simply for producing a video which explains what the Bible says about homosexuality.

That’s why, the ADF, which in recent years, has argued and won more cases before the Supreme Court than almost any other legal authorization, can be labeled an extremist hate group. (In reality, as I have often argued, the SPLC is the truly dangerous hate group.)

And that’s why I continue to expect a pushback against this left-leaning, increasingly-secular, oppressive and tyrannical attack on our freedoms of conscience, freedom, and religion. Enough is really enough. In fact, it’s been more than enough for many years now.

The time to push back is not merely upon us. It has almost passed us by.

If we don’t speak and act and do what is right today, we’ll have a lot of explaining to do to our kids and grandkids and great grandkids – not to mention to God as well.

This doesn’t mean that we hate those we differ with. God forbid.

This doesn’t mean that we harass or persecute those who identify as LGBTQ. Not at all.

Rather, it means that anything that threatens our most fundamental freedoms – to repeat, our freedoms of conscience and religion and speech – must be resisted.

Although the 7-2 ruling could have been broader in terms of addressing the larger, philosophical issues at hand, the fact that it was 7-2 (rather than 5-4), with liberal justices Elena Kagan and Stephen Breyer joining the conservative justices (with Anthony Kennedy), bodes well for the future. It sends a message as well.

Back in 2015, when the Supreme Court overstepped its bounds and deigned to redefine marriage, Justice Samuel Alito issued a strong dissenting opinion. In it, he warned, “I assume that those who cling to old beliefs will be able to whisper their thoughts in the recesses of their homes, but if they repeat those views in public, they will risk being labeled as bigots and treated as such by governments, employers, and schools.”

He was mocked for this opinion in a remarkably short-sighted (really, almost blind) op-ed in the Los Angeles Times by Robin Abcarian. The headline read, “In a bizarre dissent, Justice Alito predicts gays might seek revenge on straights.”

Abcarian wrote, “You might have thought that today's landmark Supreme Court decision represented the end of discrimination against gays who want to marry. But according to one dissenting justice, the decision instead represents a threat to another group of citizens.

“Who might they be? People who oppose gay marriage.

What is incredible is that Abcarian wasn’t aware of the high tide of anti-religious discrimination that had already risen in America. (That’s why I said the op-ed was almost blind and not just short-sighted.) What Alito warned against was already here. And it was Anthony Kennedy who wrote the majority opinion in the redefinition of marriage.

Today, Kennedy took one small step to righting his wrongs. May much bigger steps be taken in the days ahead.