Why So Many Israelis Love Trump

Michael Brown
|
Posted: May 27, 2018 12:01 AM
Share   Tweet
The opinions expressed by columnists are their own and do not necessarily represent the views of Townhall.com. 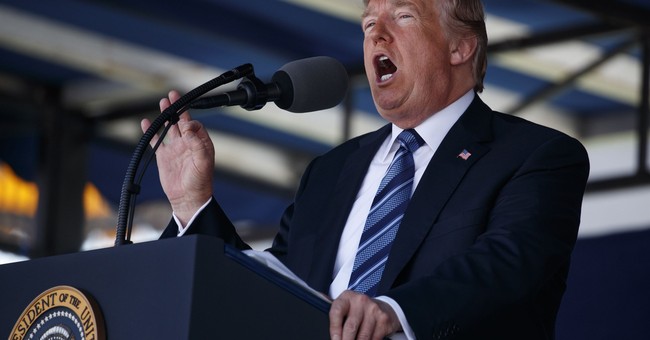 I knew that President Trump was popular in Israel. I just didn’t know how popular. Talk about enthusiastic support!

I asked one man if we could talk with him on camera about religious subjects. He was quite happy to do so. But since we were Americans, he first wanted to talk about Trump. “Make America great!” he shouted with a big smile. “Make Israel great!”

To be sure, Trump has his detractors in Israel. Opinions here are anything but monolithic, and divisions are fierce and intense.

One of my friends is the Israeli equivalent of an Evangelical Christian, Never Trumper. When it comes to politics, he is very liberal and normally sides with the Palestinians. Obviously, he is not a fan of Donald Trump.

Some cab drivers we spoke with, including Israeli Muslims, expressed indifference towards Trump. One was downright hostile (he happened to be a secular Israeli Jew).

He said Trump was good for nothing and that he had the support of only two people, a Texas farmer and Putin.

We asked him, “How then, did he get elected?”

We asked again, “Then who voted for him? How did he get elected?”

He replied, “A farmer in Texas and Putin,” with the strong emphasis on Putin. The Russian conspiracy lives on.

This driver even told us, “No one wants Trump. Not even his wife Melania. I saw it on Fox News. He tried to hold her hand and she pulled it away.”

But he was in the clear minority among those we spoke with, and over and over, we heard the same two things.

It was not just that his slogan, “Make America great again,” had reached Israel. A slogan alone is just that: words. Why be so excited about words?

But that’s what separated Trump from other politicians in the minds of many Israelis. He was not just a man of words. Instead, as they said repeatedly – and with enthusiasm – Trump gets things done.

Their support for Trump, then, can be boiled down to these two things. First, when he says something, he does it. He keeps his word. Second, in doing so, he is not like other politicians. That’s why they loved Trump.

It was clear that their opinion of him was based on sound bites and caricatures. He was almost an exaggeration of himself, if such a thing were possible.

But that’s what travels around the world. Not subtle differences in policies. Not partisan squabbling. Not journalistic opinions.

Instead, it is the bold strokes of what a political leader says and does that carry. Who is Putin to you? What about Kim Jong Il? What about Netanyahu? What about Macron?

We know them from a distance, and we know them in simplified (or, exaggerated) form.

Here in Israel (from whence I write), political scandals are a dime a dozen. Vicious political divisions are the norm.

Like Trump, Prime Minister Netanyahu has been married three times. He even confessed to adultery in the past. And, like Trump, he presents the figure of a strong, no nonsense leader.

In a nation like Israel, surrounded by sworn, mortal enemies, strength and decisiveness are highly valued. And that’s how Trump is perceived.

A Russian-born Israeli said to us with enthusiasm, “He says it and he does it! He’s not a politician. He keeps his word.”

Seeing that this man stood guard in front of the American Embassy in Jerusalem, it was easy to understand his enthusiasm. Trump did what Clinton, Bush, and Obama did not do. He literally made international history by keeping the same political promise many others had made.

This Russian-Israeli said to us, “Even before he was a politician, I liked him. But my friends said he was dumb.”

“Yes,” I replied, “dumb enough to get elected President of the United States.”

Talk about marketing skills. The Trump brand is thriving here in Israel.