The Forgotten Words of Jesus

Michael Brown
|
Posted: Mar 08, 2018 9:05 AM
Share   Tweet
The opinions expressed by columnists are their own and do not necessarily represent the views of Townhall.com. 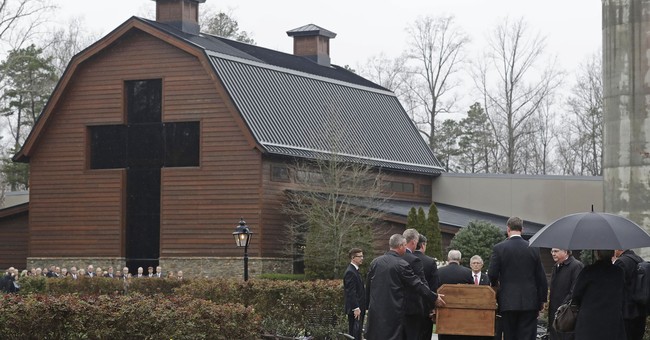 If you asked your average American today, especially a millennial, to repeat something Jesus taught, many would respond, “Jesus said, ‘Judge not.’” That’s about all many people know these days about Jesus. He taught us not to judge.

But not only have we forgotten what Jesus really meant when He said, “Judge not,” we’ve also forgotten a whole lot of His other words. Are you ready for a refresher course?

But the subject came up afresh for me in response to a meme we posted on our Facebook page, picturing Hugh Hefner and Billy Graham. The text of the meme read: “2 men. Both died recently in their 90’s. Both influenced the world. Both born into Christian homes. 1 saw only religion & led millions astray. The other saw the Savior and led millions to faith.”

That was it. Simple. Powerful. Clear.

Yet some folks protested the meme, with one man writing, “Really? Let God be the judge! Negative example for Christianity! Prime example why people have issues with Christians. Very poor taste!”

Aside from the fact that the meme said nothing about Hefner’s eternal state (heaven or hell), there was nothing debatable in the meme.

Hefner vocally rebelled against his strict Christian upbringing and was a key player in the terribly destructive sexual revolution. To dispute his negative influence is like disputing that a hurricane causes destruction.

But no, not today. We dare not judge! What a misinterpretation and misuse of the words of Jesus.

So, to set the record straight, since “Judge not” is taken from the Sermon on the Mount (Matthew 5-7), allow me to quote for you some other sayings of Jesus from the very same sermon.

When is the last time you heard a sermon on this? Does this comport with your image of Jesus?

Then, in the very next verses, He said this: “It was also said, ‘Whoever divorces his wife, let him give her a certificate of divorce.’ But I say to you that everyone who divorces his wife, except on the ground of sexual immorality, makes her commit adultery, and whoever marries a divorced woman commits adultery” (Matt. 5:31-32).

Heard many sermons on this topic either?

How about this? The Lord said, “No one can serve two masters, for either he will hate the one and love the other, or he will be devoted to the one and despise the other. You cannot serve God and money” (Matt. 6:24).

Jesus did not play games.

And He said all this before His famous teaching to “Judge not, lest you be judged.” What did He say after those words?

In contrast with the idea that, when it comes our faith, you can have your way and I can have mine, Jesus said this: “Enter by the narrow gate. For the gate is wide and the way is easy that leads to destruction, and those who enter by it are many. For the gate is narrow and the way is hard that leads to life, and those who find it are few” (Matt. 7:13-14).

Then He gave this stern warning, which contains a call to judge righteously: “Beware of false prophets, who come to you in sheep’s clothing but inwardly are ravenous wolves. You will recognize them by their fruits. Are grapes gathered from thornbushes, or figs from thistles? So, every healthy tree bears good fruit, but the diseased tree bears bad fruit. A healthy tree cannot bear bad fruit, nor can a diseased tree bear good fruit. Every tree that does not bear good fruit is cut down and thrown into the fire. Thus you will recognize them by their fruits” (Matt. 7:15-20).

That’s exactly what that Facebook meme was doing. It was judging the tree by the fruits. And while deathbed conversion is certainly possible, based on what we know up until the time of death, Hugh Hefner was a God-rejecting man who produced much terrible fruit. (And in his case, he hardly came in sheep’s clothing.)

And for any who think that just calling on Jesus’ name without following Him is enough, He had this to say: “Not everyone who says to me, ‘Lord, Lord,’ will enter the kingdom of heaven, but the one who does the will of my Father who is in heaven. On that day many will say to me, ‘Lord, Lord, did we not prophesy in your name, and cast out demons in your name, and do many mighty works in your name?’ And then will I declare to them, ‘I never knew you; depart from me, you workers of lawlessness.’” (Matt. 7:21-23)

Do you feel the weight of these words?

So, I’d like to make a simple proposal. The next time someone tells you that Jesus said, “Don’t judge,” how about saying this? “Did you know those words are from the Sermon on the Mount? How about we read that sermon together?”

It might just rock a few boats – and perhaps save a few lives.