We're Not About To Crawl Into A Hole and Die 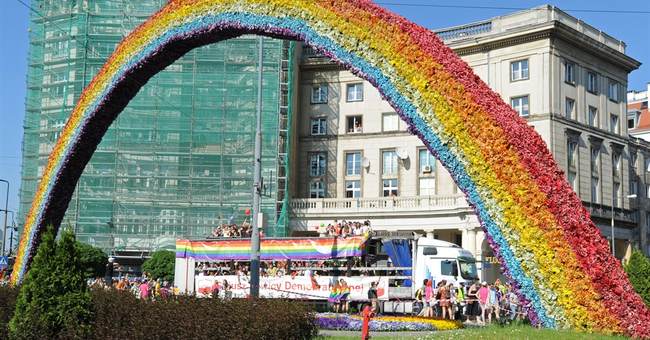 Over and over again we are told that we have lost the culture wars and that it’s time for us to throw in the towel and capitulate, especially as the Supreme Court’s decision on redefining marriage is about to be announced (or has even been announced by the time you read this article).

Those who fear man more than God will compromise.

Those who have a misguided conception of compassion will compromise.

Those who want to save their own reputation will compromise.

Those who put so-called cultural sensitivity before sensitivity to the Spirit will compromise.

Those who read scripture through the lens of societal norms will compromise.

But those who love the Lord, who honor His Word, who truly care about what is best for society in the long term and who have already denied themselves and taken up the cross to follow Jesus, those will never compromise.

A very sweet woman (a non-religious lesbian) who listens regularly to my radio show posted on Facebook that “I have a feeling that [your] ideas about gay people will die out with your generation.”

An angry gay man on Facebook shouted at me, “The LGBT is not going anywhere. Christian Fundamentalism lost. BIG TIME! Go crawl back in your troll holes and die.”

He could not possibly be more wrong (although my commitment is not to Christian fundamentalism but to the living Lord Jesus, my Savior, Master, and King). As noted in Mark Galli’s recent article for Christianity Today, “Breaking News: 2 Billion Christians Believe in Traditional Marriage. And So Do We.”

It could well be that committed believers in America and the west are about to enter a very difficult season, but surely, it will not be comparable to the difficulties already experienced by our persecuted brothers and sisters in other parts of the world.

It could well be that we will suffer many setbacks and losses before the tide turns, but as surely as Jesus is Lord, His people will stand tall and push back, and if He does not return in the next few decades, our children or grandchildren or great-grandchildren will look back at these days of sexual anarchy, malleable marriage, and gender blurring with wonder and shock.

As conservative political commentator Erick Erickson wrote, “One thing is for sure – a faith that survived its followers being used as torches to light the streets of Rome will survive a modern age hell bent on ruthlessly stamping it out.”

Political leaders like Mike Huckabee have announced that they will not recognize any ruling by the Supreme Court that redefines marriage, reminding us that, in the past, “These nine, unelected Supreme Court justices have rationalized the destruction of human life, defined African Americans as property and justified Japanese-American internment camps.”

Pastors like Steve Smothermon have said, “We want to help people, but we are not going to be forced by the government and society or the politically correct to say we are going to believe in it. If they said, ‘Listen pastor, we are going to put you in jail if you don't honor this.’ I am going to say, ‘Then put me in jail.’”

The leadership of the Southern Baptist Convention has echoed these sentiments as well, along with a host of other Christian leaders.

That’s one reason why my new book, due out in September, is titled, Outlasting the Gay Revolution: Where Homosexual Activism Is Really Going and How to Turn the Tide. And that’s why the first principle I set forth is, “Never compromise your convictions,” while the eighth (and last) principle is, “Be determined to write the last chapter of the story.” This how we stand and endure.

As the fabled missionary Adoniram Judson (1788-1850) said, even while suffering terribly in a Burmese prison (he endured horrific losses over the course of his ministry in Burma), “The future is as bright as the promises of God.”

That’s why I remain full of optimism, excitement, and confidence.

Whatever the world or the devil or sin or people mean for evil, our God will turn it for good as we honor Him, walk in love, and do what is right.