An Appeal to Gov. Pat McCrory to Honor Your Christian Roots 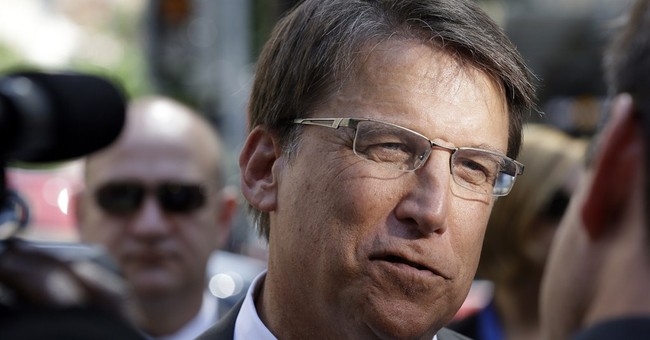 With all due respect to your office and your many years of service to the people of North Carolina, I must say that I read your response to the congressional override of your veto to Senate Bill 2 with real disappointment.

Are you the same man who stood so strongly against gay activism when you were the mayor of Charlotte?

I remember, sir, sitting next to you at a luncheon at First Baptist Church in Charlotte in 2006 when Pastor Mark Harris commended to you my statement to the local gay and lesbian community, one in which I apologized for the church’s historic lack of sensitivity to their struggles while reaffirming our unashamed embrace of biblical standards.

You were with us step for step in those days, Mr. Governor.

In fact, I remember your comments at an earlier City Council meeting when you were asked why you had written a welcome letter for the annual Charlotte Pride event (today called Pride Charlotte), an event which at that time was marked by the celebration of all kinds of lewdness. You said that you had no idea it was a gay pride event and that you would no longer write a welcome letter.

In keeping with that commitment, you did not write a welcome letter for the Human Rights Campaign (HRC) in 2005, stating, “They have every right to be here, but I also have the right as mayor not to show any visible support for the political perspective of the cause they support.”

You added, “Some groups would possibly promote my [letter] as a validation of my support. In this case I do not agree with almost all the political agendas they’re supporting.… I welcome all groups to Charlotte, but I’m not going to be used as a political pawn.”

How times have changed!

In 2005, not even the HRC would have thought of demanding that judges be required to preside at same-sex “weddings,” yet today, you stand with them and against people of moral conscience, despite your personal beliefs that marriage is the union of a man and a woman.

The bill that you initially vetoed was hardly controversial, simply allowing magistrates who could not in good conscience perform a same-sex “wedding” ceremony to be able to opt out of performing all wedding ceremonies rather than having to resign, as a number had already done.

It did not hinder gay couples from “marrying” nor did it remove a single benefit they would receive as “married” couples in our state. It simply allowed faith-based court officials whose religious principles would not allow them to “marry” two men or two women to desist from performing wedding ceremonies.

Others have explained why this was an eminently reasonable bill, and I would dare say that if you and I had discussed the need for this legislation just a few years ago, it would have seemed so farfetched as to be utterly implausible, not to mention the fact that our nation was literally founded on principles of religious liberty.

To your credit, in recent days, you did sign into law a strong pro-life bill (thank you, sir, for your actions), but not only did you veto this crucial, quite minor, religious protection bill, but you issued a harsh statement when your veto was overridden, one that had all the earmarks of political posturing rather than conservative moral convictions.

You said, “It’s a disappointing day for the rule of law and the process of passing legislation in North Carolina. I will continue to stand up for conservative principles that respect and obey the oath of office for public officials across our state and nation. While some people inside the beltline are focusing on symbolic issues, I remain focused on the issues that are going to have the greatest impact on the next generation such as creating jobs, building roads, strengthening education and improving our quality of life.”

Please forgive my incredulity, but do you really believe that preserving religious freedoms is not a concern for the next generation? That building new roads is more important than building a bulwark against an all-out assault on our faith? I assure you that if my children (or, in the future, grandchildren) served as magistrates, they would much rather navigate potholes on a road than be required to compromise their faith to keep their job.

As for “symbolic issues,” was it symbolic when some of your court officials, people of fine Christian character, chose to resign rather than violate their sacredly held beliefs? Is it symbolic to protect such officials in the future? And since when did a civil servant’s oath of office contain a commitment to pronounce two men or two women “married”?

Mr. Governor, it remains my hope that your Christian convictions will ultimately prevail and that, after you have had time to reflect on the events of the last few weeks, you will realize the error of your ways. And while I fully support your mandate to serve as the governor of all the people of North Carolina – which means the governor of those who identify as LGBT as much as those who identify as Christian – I cannot support your unseemly stand against the religious freedoms of your very own magistrates.

Please, dear sir, take these matters before the Lord, talk them through with committed Christian leaders you know (those who truly honor God’s Word), and humble yourself before our Creator and Redeemer. He gives grace to the humble but opposes the haughty.