Mr. President, Giving Spiritual Counsel To Ministers Is Above Your Pay Grade 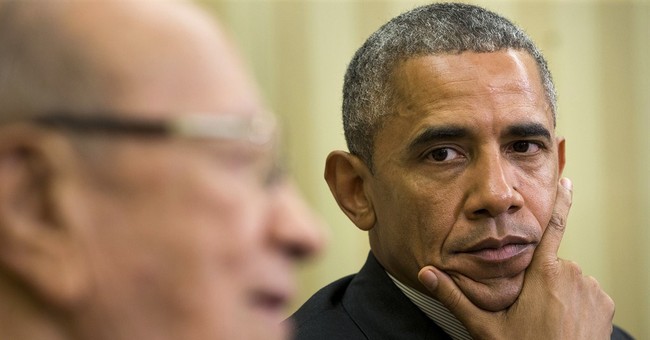 With due respect for your office and the tremendous responsibilities you face, I must take strong exception to comments you made at a recent Evangelical-Catholic leadership summit.

Those comments were unhelpful, inaccurate, unbiblical, and, sad to say, hypocritical.

During a panel discussion, you urged these leaders to spend less time on “divisive” issues like abortion and redefining marriage, putting more emphasis instead on dealing with poverty.

Speaking as a professing Christian, you said, “When it comes to what are you really going to the mat for, what’s the defining issue, when you’re talking in your congregations, what’s the thing that is really going to capture the essence of who we are as Christians, or as Catholics, or what have you, [poverty] is oftentimes viewed as a ‘nice to have’ relative to an issue like abortion.”

You also said, “I think it would be powerful for our faith-based organizations to speak out on [poverty] in a more forceful fashion,” claiming that the redistribution of wealth is “vital to following what Jesus Christ, our Savior, talked about.”

Mr. President, may I first ask who gave you the spiritual authority to give such strong counsel and even criticism to church leaders?

When you were first running for president and Pastor Rick Warren asked you when human life began, you responded by saying that to answer that question was “above my pay grade.”

All the more then, it is above your pay grade to chide church leaders for standing up for human life, especially when they have ample reason to say that life begins at conception. And, since you claim to be unsure of when human life begins, how can you advocate such an aggressive pro-abortion position? That’s like saying, “Our intelligence sources are not sure if there are children in that schoolhouse, but since it may be used to store terrorist munitions, let’s blow the place up.”

As part of your second inauguration, you asked Bishop Eugene Robinson to offer a prayer, specifically because he was the first ordained gay Episcopal bishop. (I note that you also endorsed his book on same-sex relationships.) You had another minister pray at your inaugural ceremony, and he also prayed a pro-homosexual prayer.

How then can you criticize Catholic and Evangelical leaders for standing firm on marriage – because it is “divisive” – while giving your very public platform to ministers who want to redefine it? How can you chastise those ministers who stand with the Scriptures and all of church history while applauding those who violate Scripture and cast off church history? And again I ask, since when it is the role of the president to fashion spiritual policy and interpret Scripture?

Slavery was the most divisive issue our country has ever faced, costing hundreds of thousands of American lives during the Civil War and almost tearing our nation apart, yet you are absolutely right in standing with the Christian leaders who sought to free the slaves. And you are absolutely right to stand with the ministers who fought against segregation, despite the divisive nature of that issue.

Often, Christians must lead the way in taking stands that are divisive – Jesus Himself said that He came to bring a sword of division (see Matthew 10:34-37) – and to counsel these leaders not to emphasize critically important issues because they are divisive is to fly in the face of the Word of God.

Finally, sir, your comments were also off point in alleging first, that Jesus advocated redistribution of wealth (as opposed to compassionate and sacrificial care for the poor) and second, that Catholics and Evangelicals spend far more time and energy opposing abortion and the redefining of marriage than they do helping the poor and the needy. The opposite, in fact, is overwhelmingly true, as has recently been demonstrated.

I continue to pray for you, sir, hoping against hope, that God would make you the greatest and most effective president in our history.

It’s not too late for a change of heart.