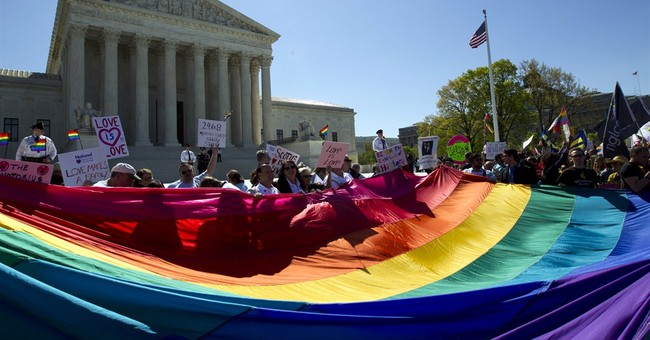 When an influential political leader states that, when it comes to abortion, our “Deep-seated cultural codes, religious beliefs and structural biases have to be changed”; when a New York Times columnist tells us we need to remove homosexual practice from our “sin list”; when the Solicitor General tells the Supreme Court that, potentially, religious schools could lose their tax exemption if they refuse to redefine marriage – when statements like this are being made on a regular basis, don’t tell me I’m overreacting when I sound the alarm.

Recently, after I posted yet another “wake up” call online, a woman accused me of “fear mongering” and called me “Chicken Little” on my Twitter feed.

Ironically, she claimed to be a truth-based realist in her bio, yet it seems that her personal, anti-Christian biases had robbed her of her ability to think clearly, since it is anything but fear mongering to tell American believers that we had better come to grips with the most aggressive assault on our faith in our nation’s history.

I’ve often pointed out that, 10 years ago, when I began to say that, whereas gay activists came out of the closet in the late 1960s, they now want to put us in the closet, I was greeted with mockery and derision. “No one wants to put you in the closet!”

A few years ago, I noticed a change in sentiment, with people now saying, “Bigots like you belong in the closet!”

Now, with the Supreme Court potentially poised to make same-sex “marriage” the law of the land (this is not a foregone conclusion but could well happen), believers are still saying, “What’s the big deal? How does this affect me?”

How can so many of us be so self-centered and blind?

Cultural commentators like John Zmirak have recently posted articles with provocative titles like, “Gay Totalitarianism and the Coming Persecution of Christians,” with subtitles declaring, “Hatred of the Gospel is boiling over into the vilification of Christians. State violence won't be far behind, history teaches.”

Another Zmirak article proclaims, “If the Supreme Court Imposes Same Sex Marriage, You Could Lose Your Church,” noting that “Obama's Solicitor General admits that the feds will treat orthodox Christians like racists.”

A few weeks ago, I posed the question, “Could Biblical Preaching Be Outlawed in America?” Not a few of those responding to the article answered, “Yes!”

After all, if our religious liberties could be eroded so dramatically in a matter of years, who can predict what’s coming next – unless we wake up and start doing what is right today.

Dietrich Bonhoeffer once wrote that, “The ultimate test of a moral society is the kind of world that it leaves to its children.”

What kind of world are we leaving to our children?

When our kids or grandchildren ask us one day, “What were you doing when they changed America?”, how we will respond?

Thankfully, there is still time for us to turn the cultural tide, and there are many leaders and individual believers who have refused to capitulate or throw in the towel.

But there are many more who are still slumbering blissfully in the midst of the storm, content with their cozy, non-offensive gospel churches and their meaningless, “Who am I to judge?” mantras.

That’s why I raise my voice as often as possible, seeking to arouse my fellow Americans from their slumber, urging them to see that an anti-Christian tsunami is already flooding the country.

The good news is that, sooner or later, they will recognize I (and others) have been telling the truth without exaggerating or overreacting. The bad news is that by then it could be too late.