The SPLC Owes Me An Apology Too 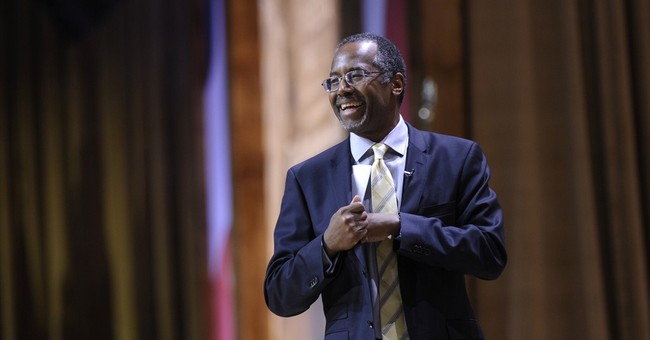 I’m pleased to see that the Southern Poverty Law Center has come to its senses and apologized to Dr. Ben Carson, removing him from their “extremist” list. But they need to apologize to me too, since I’m still on their list, along with a number of other Christian leaders whom they have branded anti-gay extremists.

To be sure, I have considered it a badge of honor to be on the SPLC’s list, actually writing an article in 2012 thanking them for placing me in their elite category of “30 New Activists Heading Up the Radical Right.”

And, needless to say, I am not a famed children’s neuro-surgeon and potential presidential candidate. In other words, I am not Dr. Ben Carson.

But if the SPLC is truly wanting to do the right thing and this is not simply an embarrassing moment of their own extremism coming to light, then this would be a good time to start apologizing some more.

Several years ago, I received a letter from Mark Potok, spokesman and director of the SPLC, offering to enlighten me in the error of my ways if I, along with others receiving the letter, had been duped by various pro-family organizations.

I immediately reached out to Mr. Potok and the SPLC, but never received a reply.

Subsequently, I wrote a strong open letter to him, once again without receiving a reply.

Perhaps honest dialogue and interaction is not what the SPLC is looking for? Perhaps their radical agenda is based on labeling and defaming their ideological opponents?

The problem, of course, is that the SPLC did lots of wonderful work in the past, exposing hate groups that are worthy of the hate name, such as White Supremacists and Black Supremacists and Neo-Nazis.

Now, tragically, they have added conservative Christian organizations and individuals to their “hate” lists, and many people continue to take their listings seriously.

One man even tried to carry out an act of mass murder at the headquarters of a Christian organization placed on the SPLC’s “hate group” list, finding their location by way of SPLC’s “hate map.”

What makes this all the more disturbing is the specious nature of the evidence they offer in branding conservative Christians “extremists” and labelling their organizations “hate groups.”

I’ll use myself as a case in point.

On their page devoted to me, they write that, “Michael Brown is not typical of most who push the idea that a cabal of liberal media elites have orchestrated a so-called ‘homosexual agenda’ to indoctrinate children into a lifestyle that makes a mockery of Christian values.”

Yet I’m still labelled an “extremist” and listed as one of the “30 New Activists Heading Up the Radical Right.” (Also on this list were men like David Duke, former Grand Wizard of the Knights of the Ku Klux Klan, and Malik Zulu Shabbaz, former leader of the New Black Panthers.)

They also write, “Unlike many other voices on the religious right, Brown generally has avoided the kind of slashing rhetoric that often devolves into rank defamation. His work is heavily footnoted and avoids the blanket pronouncements that have gotten others in trouble. But he still can sound conspiratorial.”

I guess you can be careful and nuanced in your wording as well as painstakingly thorough in documenting every statement, yet you can still make it onto their “extremist” list if your viewpoints smack of conservative moral values.

It seems, then, that it is one’s beliefs and values, not the accuracy of one’s claims, that make one an “extremist.”

What, then, is the evidence they cite out of more than 1,000 pages I have written addressing the issue of homosexuality, more than 20 other books on other subjects, and multiplied thousands of hours of radio broadcasts, sermons, and lectures devoted to a wide range of biblical, theological, and social topics?

First, they cite my statement that gay activists deny there is a gay agenda. (I kid you not.)

But this, of course, is a commonly known fact and even forms part of the written semantic strategy of gay activists. In other words, don’t use the term “homosexual agenda” but say, “gay and lesbian civil rights.” (For those who actually deny there’s such a thing as a gay agenda, please tell it to the pantheon of gay activist organizations, such as the HRC, NGLTF, Lamda Legal, GLSEN, GLAAD, and many others. All these organizations have clearly articulated goals and they have helped bring about numerous social changes in recent years, pointing to the success of their agenda.)

Second, the SPLC cites my statement that, “[I]t is not good that homosexual behavior is presented as just another alternative to heterosexual behavior, that bisexuality is celebrated, that transgenderism [sic] is normalized, that sex-change surgery is presented as the thing to do, that ex-gays are ridiculed and their very existence denied.”

Yes, this is part of their evidence that I am a dangerous, radical right, extremist.

Third, they state that, “Brown has also been known to make spurious claims linking homosexuality and pedophilia.”

How could they possibly miss this?

What I have compared is the arguments used by pederast activists and gay activists (such as, I was born this way; I can’t change; this is about love; this is found in all cultures; etc.). I have not compared the acts.

As for the article they reference regarding Jerry Sandusky, I stated there that “the great majority of homosexual men also deplore Sandusky’s alleged acts,” explaining, though, that almost no one wanted to talk about the fact that the acts were homosexual in nature. (Having sex with teenage boys and young men is not the same as raping a baby.)

As for the rest of the SPLC’s evidence – well, there is none, aside from taking issue with my call to, “Speak now or forever hold your peace,” by which I mean that we need to speak up now since gay activists and their allies increasingly want to silence people like me. (They do this, for example, by labelling us haters and extremists!)

All that being said, I’m truly honored to be on the hit lists of groups like the SPLC, the HRC, and GLAAD, and I do wear these listings as a badge of honor (see Matthew 5:10-12).

But if the SPLC is truly wanting to make amends for their dangerous and misleading listings, I will gladly accept their apologies and encourage them to apologize to others as well.

If not, I’d love to debate the relevant issues publicly, be it on my radio show or in a neutral, moderated setting, discussing facts rather than allegations. With the vast resources of the SPLC, they should have no problem finding an adequate opponent to take me on.

So, Mr. Potok and other SPLC leaders, what do you say? Will it be an apology or a civil debate?