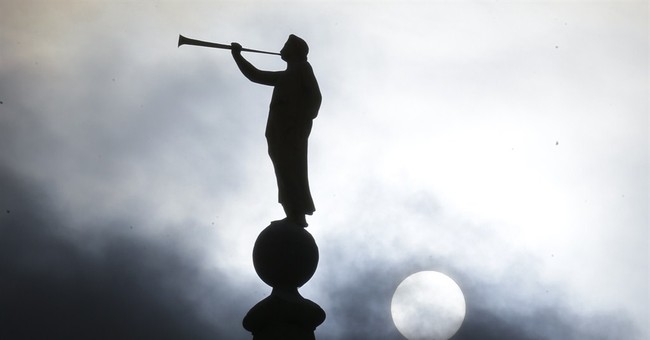 In case you didn’t know it, if you are a conservative Christian, you are just like Boko Haram and ISIS. At least, that’s what the secularists are saying. More absurd still, they actually believe this.

When the Supreme Court ruled in favor of Hobby Lobby, critics complained that the Court’s eminently reasonable decision was “anti-scientific.”

As noted by Jonathan Adler in the Washington Post, “The Daily Beast‘s Sally Kohn decried the Court’s reliance on ‘bunk science’ and The Nation‘s Reed Richardson claimed the Hobby Lobby majority’s opinion rested on ‘specious scientific claims.’ ’Alito and the four other conservative justices on the court were essentially overruling not just an Obamacare regulation, but science,’ reported Mother Jones, while another MoJo story ranked Hobby Lobby to be among the Supreme Court’s four ‘biggest science blunders.’ And over at The Incidental Economist, Austin Frakt simply declared ’The majority of the Supreme Court doesn’t get science.’”

But is anyone surprised that a faith-based challenge to Obamacare would be branded “anti-scientific”?

Shades of the Church’s historic suppression of intellectual progress!

Still, attacks like these are minor compared to secularism’s idea that all committed believers must be the same, be they Islamic extremists or evangelical Christians.

Earlier this year, “City councilors from Nanaimo, B.C. [Canada] voted . . . to ban a Christian leadership conference scheduled to be podcast at the city’s convention centre because one of the sponsors of the conference was U.S. restaurant chain Chick-fil-A. According to one councilor, the chain spreads ‘divisiveness, homophobia…[and] expressions of hate’ because of its CEO’s pro-marriage views.”

But it gets worse: “City councillors condemned the event as ‘hateful’, compared it to the Nigerian terrorist group Boko Haram, and said the decision to ban the event from public property was no different than if they had voted to ban an organized crime ring, too.” (Ironically, the conference featured speakers like Laura Bush and Desmond Tutu, both of whom support same-sex “marriage.”)

There you have it. Chick-fil-A is no different than Islamic radicals who burn little boys alive and kidnap and rape young girls, not to mention being similar to an organized crime ring.

In the same spirit, radio host David Pakman stated that he saw no real difference between ISIS and what he called conservative, right-wing extremists (a definition that he would use to describe many evangelical Christians), a charge affirmed by his producer during the show as self-evident and irrefutable.

But of course! Bible believing Christians who affirm the sanctity of life and marriage are the same as monstrous brutes who behead the innocent in cold blood. Who can’t see this?

In case this isn’t clear enough for you, on October 14th, the Peter Tatchell Foundation, led by the UK gay activist of the same name, released its “Manifesto for Secularism – Against the Religious Right.”

Tatchell issued a “call on people everywhere to stand with us to establish an international front against the religious-Right and for secularism.”

And what exactly does Tatchell mean by “the religious-Right”? Specifically, “The Islamic State (formerly ISIS), the Saudi regime, Hindutva (Rashtriya Swayamsevak Sangh) in India, the Christian-Right in the U.S. and Europe, Bodu Bala Sena in Sri Lanka, Haredim in Israel, AQMI and MUJAO in Mali, Boko Haram in Nigeria, the Taliban in Afghanistan and Pakistan to the Islamic Republic of Iran and the Islamic Salvation Front in Algeria.”

Tatchell explicitly places conservative Christians in the US and Europe in the exact same category as the Taliban, ISIS, and Boko Haram, among others. (I’ll not comment here on his reference to ultra-Orthodox Jews in Israel, called Haredim.)

As the manifesto declares in its opening line, “The launch of the Manifesto for Secularism is a challenge to the global rise of the Religious Right and its menacing values, which threaten women, LGBTs, atheists, minority faiths, apostates and many others.”

Yes, dear believer, you are a menace, and war has been declared against you.

“We call on people everywhere,” the manifesto declares, “to stand with us to establish an international front against the religious-Right and for secularism.”

Among the manifesto’s demands, not all of which are outrageous, are the calls for the, “Separation of religion from public policy, including the educational system, health care and scientific research” and, “Abolition of religious laws in the family, civil and criminal codes.”

Make no mistake about it.

You have been marked, and you have been classified as a dangerous extremist capable of all kinds of nefarious acts.

And you have been forewarned.