A Shameful Day for the Charlotte Observer 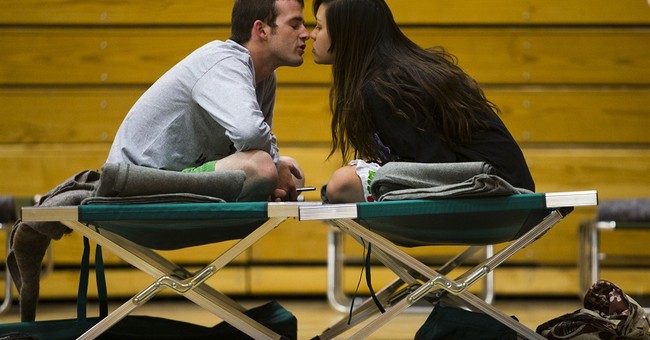 In what sounded more like a gay activist screed in a high-school publication than a serious editorial in a major newspaper, the Charlotte Observer has officially declared war on people of faith and conservative moral values, mocking those who believe there is the slightest rational reason to resist the radical redefinition of marriage.

Making no attempt to hide its disdain for the conservative, historic position, and gleefully mocking the views of the majority of North Carolinians, the editorial begins with three sentences ending in exclamation points – when is the last time you have seen that in a major editorial? – deriding the idea that there could be any negative consequences to redefining marriage.

In fact, after scorning a circumspect quote from Tony Perkins on Monday’s Supreme Court decision not to hear several cases addressing the redefining of marriage, the Observer states, “All that’s missing is Bill Murray in the movie ‘Ghostbusters’ predicting ‘a disaster of biblical proportions … human sacrifice, dogs and cats living together … mass hysteria!’”

Is the editorial staff at the Observer ignorant of the fact that, throughout the centuries, there have been homosexual relationships in many different societies, and yet no society sought to redefine marriage, even where homosexuality was approved? Could there be a reason for this?

Are the editors unaware that respected gay activists have suggested that their way of marriage – sometimes called being “monogamish” or open – will help to change and loosen up heterosexual marriages?

Is there nothing to the fact that, in England, a woman can be a husband and a man can be a wife? That in California, a new bill is calling for lesbian mothers to be able to be listed as fathers on their children’s birth certificates (and vice versa for gay men)?

Is it possible that two mothers do not equal a father and that two fathers do not equal a mother? Is it possible that it is not in the best interest of children to deprive them willfully of either their mother or father? Have the editors read the agonizing stories of children produced by anonymous sperm donors (a very common occurrence among lesbian couples in particular)?

Are the editors unaware of scores and scores of cases across America in which our freedoms of conscience, speech, and religion are being trampled underfoot in the name of gay activism?

And do millions of Christians simply discard the words of Jesus, reiterating the teaching of Genesis, that marriage, by God’s design (implying biological, emotional, and spiritual compatibility) is the union of one man and one woman for life (see Matthew 19).

What moves many of us to stand against the redefinition of marriage is not any animus towards the LGBT community (although they will surely perceive it as such) but rather a desire to preserve what is best for our society.

Rather than engaging the issues seriously, the Observer has chosen to respond with sophomoric mockery and triumphalism, marking a shameful day in the history of this venerable publication.