What Are They Smoking in Colorado? 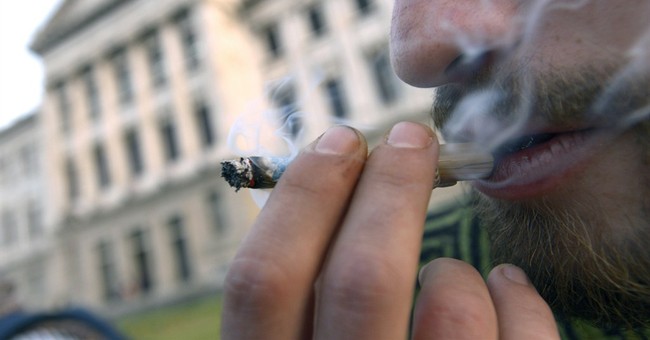 Well, pot sales in Colorado have been doing so well that the governor has announced his plans to put some of the unexpected tax revenues towards substance abuse prevention and youth marijuana use prevention. What in the world is he smoking?

This would be similar to announcing that cigarette prices will be dropped dramatically in order to increase sales so that additional funds can be generated for the study of lung cancer.

Or that MacDonald’s has been encouraged by the government to introduce extra-fatty, triple-super-sized meals with the caveat that they donate part of the profits to obesity prevention.

Or that drunk driving laws will be relaxed so that more traffic tickets can be given out with the increased revenue used to educate the public on the dangers of driving while intoxicated.

Are these analogies any crazier than what Colorado Governor John Hickenlooper has proposed?

As reported by AP News, “The spending plan included $45.5 million for youth use prevention, $40.4 million for substance abuse treatment and $12.4 million for public health.”

In his letter to legislative budget writers, Gov. Hickenlooper wrote, “We view our top priority as creating an environment where negative impacts on children from marijuana legalization are avoided completely.”

What? You legalize recreational marijuana use in your state, sales of the drug then skyrocket, and your “top priority” is to create an environment “where negative impacts on children from marijuana legalization are avoided completely”?

Does the governor really think that with the new, easier access to marijuana, coupled with the removal of the “illegal” taboo, that kids won’t have more access to the drug? Does he really think that as more parents are getting high more freely that the kids under their care won’t be negatively impacted?

Instead, Gov. Hickenlooper and his state have turned on the sprinkler system and are now trying to keep the kids dry. This is nothing less than moral and legislative insanity.

According to the report, “The governor also proposed a $5.8 million, three-year ‘statewide media campaign on marijuana use,’ presumably highlighting the drug's health risks.”

What? You make the drug legal, even though it has been the gateway drug for harder drug use for decades, your state celebrates this newfound liberty in very public ways, and you use tax revenue from marijuana sales to fund a “statewide media campaign on marijuana use”?

Last November, a report from Seattle noted that, “More drivers have been testing positive for marijuana since Washington legalized the drug last year, according to new figures from the State Patrol.

“In the first six months of 2013, the patrol’s crime lab says, 745 people tested positive for marijuana. Typically, there are about 1,000 positive pot tests on drivers in a full year.”

And while there are different explanations for these numbers, even Kevin Sabet, of Project SAM (Smart Approaches to Marijuana), said that, “It’s certainly cause for alarm. It’s very possible people are getting the message that this is OK. Obviously, impaired driving is a major public safety issue.”

Not to worry. Gov. Hickenlooper and his team have this covered too. According to his proposal, “The state Department of Transportation would get $1.9 million for a new ‘Drive High, Get a DUI’ campaign to tout the state's new marijuana blood-limit standard for drivers.”

That should do it.

In fact, I have a proposal for Mr. Hickenlooper and the people of Colorado. Why stop with marijuana? After all, both hard liquor and beer are legal, so why not follow suit with drugs?

Which leads me back to my question: What are they smoking in Colorado?

Momentum: Gardner declares himself a no on further witnesses
Hotair
Jim Jordan Burns Adam Schiff to the Ground at a Hearing With DOJ IG Michael Horowitz
Redstate