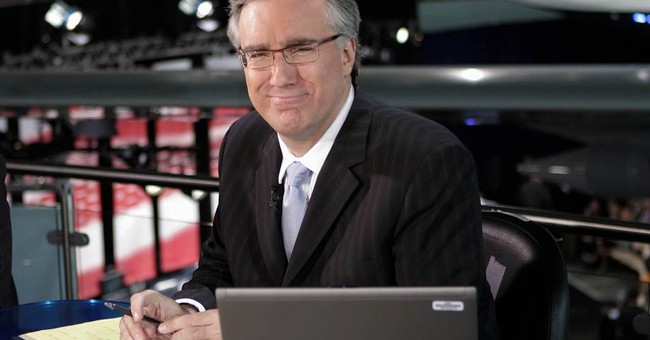 So this is what our society has come to. Within a 10-day period, sportscaster Craig James was fired by Fox Sports for comments he had made against homosexuality during a political campaign last year while Keith Olbermann was lauded for his 9-minute anti-Russia, pro-homosexuality rant on ESPN. The double standards are as glaring as they are shocking.

As reported on the Advocate.com, a leading gay website, “Keith Olbermann opened his ESPN show last night with a scathing rant against Russia’s antigay laws and the International Olympic Committee’s response to calls for a boycott of the Winter Games in Sochi.

“Olbermann’s nine-minute tirade brilliantly pointed out the ridiculousness of recent comments by President Vladimir Putin — who has tried to claim Russia’s so-called gay propaganda law is not homophobic.”

But that’s just the beginning: “Olbermann also highlighted the frightening similarities of the political climate surrounding the upcoming Winter Games regarding LGBT people and attitudes against other groups of people during the 1936 Olympics held in Berlin,” pointing to America’s pulling Jewish athlete Marty Glickman from the team.

Has Olbermann been disciplined for this? Publicly corrected? Censured in any way? (And remember this was on a national, ESPN show.) Not a chance.

Yet in April of this year, the perfectly acceptable comments from Chris Broussard on ESPN, responding to a direct question about Jason Collins, who had just come out as gay, drew a firestorm of criticism and controversy. Why the glaring double standard?

A Christian like Chris Broussard gets in very hot water for saying that he questions how Jason Collins can practice homosexuality and be a Christian at the same time (a position that is about 2,000 year old) – and this in a brief interchange where he was asked for his views directly – yet Keith Olbermann can go on a 9-minute, overstated rant and there’s hardly a word uttered about it (other than praise on gay websites).

And can Russia’s recent laws really be compared to Hitler’s genocidal acts against 6 million Jews (among others)? Where is the outcry over Olbermann’s remarks?

But immediately after being hired by this regional Fox outlet, he was fired because of comments he made during his political campaign last year. Yes, “after one day on the job—Fox gave James the boot for his conservative views on marriage. And here’s the kicker: He made the comments not at the sports desk but during last year’s Senate campaign!”

What exactly did he say? In answer to a direct question during the campaign, he expressed his opposition to same-sex “marriage,” explaining that he didn’t believe anyone was born gay (and therefore living a gay lifestyle was a choice) and stating that, “They are going to have to answer to the Lord for their actions.”

According to a Fox spokesman, “We just asked ourselves how Craig’s statements would play in our human resources department. He couldn’t say those things here.”

Worse still, James had not made those comments in the workplace but rather during a political campaign. Yet he loses his job because of this?

So, in today’s upside down world, if you have ever publicly expressed your disapproval of homosexual practice and your disagreement with the redefinition of marriage, you are not welcome as a sports broadcaster (yes, sports broadcaster, not political commentator), but if you compare Putin’s laws against “gay propaganda” to Hitler’s genocide of the Jews, you get a national platform on ESPN.