A Sobering Lesson For Fathers 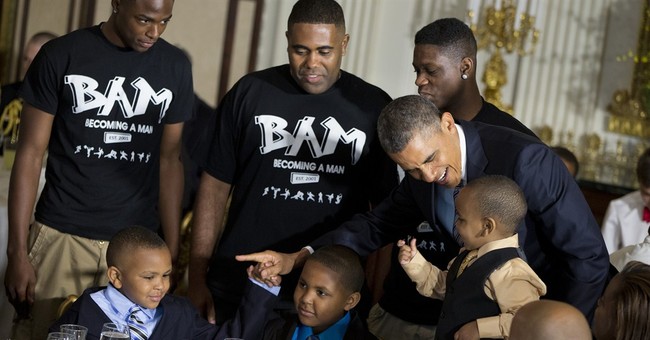 As a new dad more than 35 years ago, I read a book about effective fathering, and one illustration from one chapter, based on a real life story, has stayed with me ever since. It provides a sobering lesson for fathers.

Before I get to that illustration, let me share an anecdote along with some eye-opening statistics that underscore the critically important role that fathers play in the lives of their children. (Yes, men, what you father is not just your “biological offspring.” It’s your kid!)

As for the anecdote, I can’t guarantee its accuracy, since I heard the account second (or third) hand, but it rings true for many obvious reasons. I was told that some Catholic ministry workers were reaching out to male inmates in a prison, and when Mother’s Day came, they asked the men if they would like to send a card to their moms. The response was overwhelming, as virtually every prisoner said “Yes” until the workers actually ran out of cards.

Buoyed by their success on Mother’s Day, they decided to get cards for Father’s Day, offering them to the inmates so they could write notes of love and appreciation to their dads. This time, the response was the exact opposite. They got absolutely no takers.

Again, I can’t verify the story, but I find it quite believable, even if exaggerated, and statistics cited by my colleague Frank Turek back this up. In his book Correct, Not Politically Correct, he writes that, “Children from fatherless homes are:

Now, to the illustration that so impacted me decades ago, as related by Gordon MacDonald in his book The Effective Father. The chapter was called “No Day Is Ever Wasted,” and it begins with the story of James Boswell (1740-1795), most famous for his biography of Samuel Johnson, hailed by literary critic Harold Bloom as the greatest biography ever written.

MacDonald writes that it was reported that Boswell “often referred to a special day in his childhood when his father took him fishing. The day was fixed in his adult mind, and he often reflected upon many of the many things his father had taught him in the course of their fishing experience together.”

Because this was spoken of so often, “it occurred to someone much later to check the journal that Boswell’s father kept and determine what had been said about the fishing trip from the parental perspective. Turning to that date, the reader found only one sentence entered: ‘Gone fishing today with my son; a day wasted.’”

I have often repeated that story with tears, sharing it as well with my two sons-in-law as they raise their kids, and thinking of it often when hanging out with our four grandkids or even when spending casual time with students in our ministry school. Who knows the impact that our lives can have on others, for better or for worse?

The impact made by a strong, good father is so powerful that psychologist Paul Vitz, himself a former atheist, wrote an entire study on the connection between atheism and fatherlessness (or weak or distant fathering; the book is entitled Faith of the Fatherless: The Psychology of Atheism). In other words, our views about the nature and existence of God can be shaped by the nature and presence (or absence) of our earthly fathers. (These days we need to insert the caveat that the solution to the problem of fatherlessness is not having two dads, since two dads don’t equal a mom, and the world’s best father is still not a mother.)

It’s important, though, to remember that even in homes where fathers are physically present, they are often absent in spirit and attitude, having their minds and hearts somewhere else, focused on “more important things.”

This was something I had to fight as well, and I remember having dinner with our family one night at home, our daughters by this time young teens. I had just returned from a major speaking engagement and had my mind focused on the book I was writing at the time. Our older daughter Jen turned to me as we ate and said, “Dad, you’re here, but you’re not here.” She had doubtless heard my wife (her mom!) say this to me in the past, and she really did nail it that night.

Fellow fathers, perhaps this speaks to you?

Remember the lesson of Boswell’s father, and remind yourself that no day with your kids is ever wasted. Then, you’ll celebrate every Father’s Day without regret.