Unions Turn on Obamacare, But Don't Call Them Hypocrites 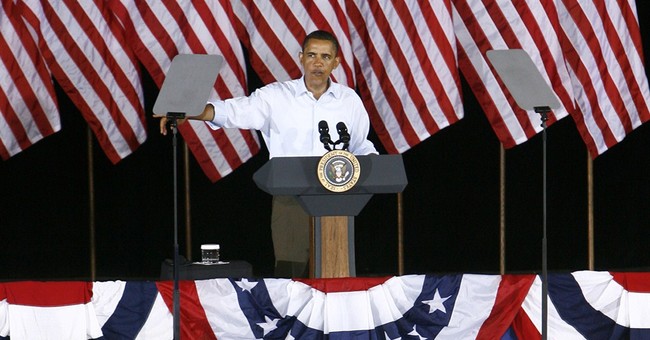 It's not just Republicans who are unhappy with Obamacare. Labor union leaders have been complaining too.

In July, the presidents of the Teamsters, United Food Commercial Workers union and UNITE-HERE (combined membership: 2.9 million) wrote a letter to congressional Democrats saying that Obamacare will "destroy the very health and well-being of our members along with millions of other working Americans."

"We have a problem," they concluded. "You need to fix it."

Forget for a moment that organized labor supported Obamacare. The union leaders have arguably legitimate complaints.

Obamacare does indeed create incentives for employers to reduce the workweek below 30 hours. It also discourages the high-benefit "Cadillac plans" that unions have negotiated -- and that are one thing they can promise workers in organization drives.

Obamacare taxes premiums on non-profit, multi-employer union plans that cover, for example, workers in multiple small restaurants. And the people in these plans won't be eligible for subsidies available to policyholders in for-profit insurers.

The union leaders were understandably ticked at the "huge accommodation for the employer community -- extending the statutorily mandated 'December 31, 2013' deadline for the employer mandate and penalties."

Like many other Americans, they are angry that President Obama refused to fulfill his constitutional duty to faithfully execute the law.

On a late Friday afternoon in September -- the same timing as the employer mandate delay in July -- the Obama administration denied the unions' request that workers with multi-employer health plans receive subsidies on the exchanges.

To which Terry O'Sullivan, president of the Laborers International Union, said he wanted the law "fixed, fixed, fixed" and, if not, "then I believe it needs to be repealed."

Consistent opponents of Obamacare might take satisfaction from these complaints. And they might observe that the unions backed legislation that tends to encourage union members to drop union plans and to prevent unions from attracting new members by promising Cadillac plans. They got what they deserved.

I take a somewhat different view. Over many decades, union leaders have supported legislation that extends to non-members benefits unions have secured for members.

They supported the creation of the Occupational Health and Safety Administration and of the Employee Retirement Income Security Act regulating pensions, even though such legislation, by extending benefits to non-union workers, made them less likely to feel a need for union representation. You don't need a shop steward if you have an OSHA inspector.

And in fact, union representation in the private sector has plummeted in the last three decades. Unions' support of such legislation, and of Obamacare, may have been self-destructive.

But it could also be characterized as altruistic. Many union leaders saw extending to non-members what they believed they extended to members. People like to do well, but they also want to do good.

Let me cite two professions that worked to put themselves out of much business, out of altruism.

Firefighters are the first example. Firefighter unions and other organizations have actively promoted safer building codes, restrictions on use of flammable materials and unsafe building materials.

These firefighters have lifted the charred bodies of dead children out of burnt-out buildings. They have seen families destroyed by needless fires.

They have worked to prevent such tragedies. And worked successfully: There are much fewer fires than there used to be.

Firefighters have done themselves out of business. They spend most of their time now on routine services, which less expensive EMS personnel could handle, and their unions struggle to prevent layoffs.

Another altruistic profession is dentistry. For many decades, dental groups have promoted fluoridation of water. They have vigorously encouraged people to brush -- and floss -- thrice daily.

In their practices, they have seen the pain people suffer from because of defective teeth and painful abscesses. They want to reduce such suffering.

As a result, Americans have far fewer cavities and dentists have far less routine work than they did some years ago. In response, they have developed new specialties -- peridontry, enamelizing, orthodonture.

Sure, all these professions are out to get, in the words of the classic union leader Samuel Gompers, "more."

But labor leaders, firefighters and dentists have also acted, at risk of losing business, out of altruism, to help others. Let's give union leaders some credit for that, even as they decry a law they supported.