What's Good for House Leaders Is Bad for Members 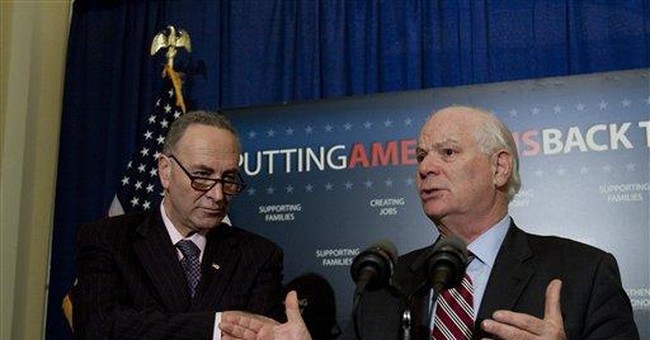 The Democratic leadership's struggle to pass the Senate health care bill in the House looks like a great case study for political scientists. They have many examples of the leaders of a party majority trying to push controversial legislation through a balky chamber. But seldom have the political incentives of the party leadership and the party's members been so differently aligned.

There is always some misalignment. Even when the party's president and policies are widely popular, some of its House members will be representing districts where that is not so, where they win because of personal popularity or historical tradition, constituency services or generous earmarking. Of the 253 current House Democrats, 45 represent districts that voted for John McCain. Even Democratic policies that are popular nationally aren't popular in most of these districts.

But the Democratic health care legislation is not popular nationally. Barack Obama won nationally 53 percent to 46 percent, but the realclearpolitics.com average of recent polls shows disapproval of health care at 49 percent to 41 percent. Health care 2010 is polling 12 points behind Obama 2008.

To get an idea of what that means district by district, subtract 12 points from Obama's percentage in each one. When you do that, you find that there are only 115 Democratic members in seats where the putative support for the health care legislation is 50 percent or higher -- 101 votes short of the 216 votes needed for a majority in a House with vacancies in four Democratic seats.

Members in these districts can vote yes with little or no political risk. Even so, two -- one who is running for governor of Alabama, one who favors the abortion-funding ban lacking in the Senate bill -- have said they'll vote no. Another is threatening to do so because of the bill's treatment of immigrants.

Pushing health care legislation poses no threat to members of the leadership, all of whom represent such districts. And they tend to believe that passing a bill would be good for the nation.

More important, they believe that failure to pass it would be disastrous for their leadership positions. The aura of inevitability they have created by rallying majorities on one tough vote after another since January 2007 would disappear. Their political capital would go the way of the financial capital of Bear Stearns or Lehman Brothers.

But the political incentives for the 138 Democratic members who represent districts where the health care bills are unpopular are entirely different. What we are seeing is something like an irresistible force (a highly skillful leadership) meeting an immovable object (public opinion in most Democratic districts). One or the other will give.

For many Democratic members -- especially the 37 Democrats who voted no last November -- the best thing to happen is for the bill not to come to a vote on the floor and just go away. Party leaders don't like to bring a bill to the floor without having a majority of votes in hand. They may bring a tough bill to the floor when they are five or six votes short, in the hope of squeezing them out during the roll call.

It can be an ugly process. The House Republican leadership brought up the Medicare prescription drug bill in December 2003 when they were short a half dozen votes or so. They had to extend the 15-minute roll call to nearly three hours before they got their majority.

My sense is that the current Democratic leadership is at least 10 votes short of the 216-vote majority. So far, of the 37 November no votes, only Dennis Kucinich has publicly committed to voting yes. And some of the yeses, like Bart Stupak, sponsor of the abortion-funding ban in the House bill, are committed noes.

All of which explains why House Democratic Whip Jim Clyburn told McClatchy Newspapers that the bill may be delayed till Easter or even after. He's telling the Democrats who are trying to make the bill just go away by refusing to commit to vote yes that party leaders will insist on a vote. But he's also confessing that they still don't have enough votes to go to the floor.