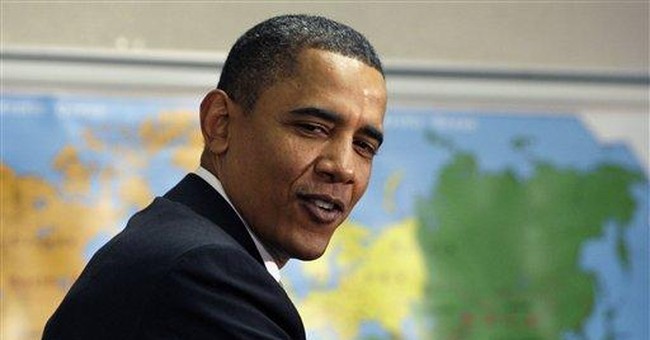 The final percentages aren't in as this is written, but it's plain that Republican Scott Brown defeated Democrat Martha Coakley by a substantial margin in the race for the remainder of the late Edward Kennedy's Senate term. In Massachusetts. The state that in the last four presidential elections has voted on average 61 percent Democratic and 33 percent Republican. That's a bigger margin than in any other state.

If a Republican can win there, he (or she) can win anywhere. That's a message that is not lost on anyone whose name is on the ballot later this year.

A lot of attention over the next several days will be focused on health care legislation. Liberal bloggers and think tank denizens have been demanding that Congress pass a health care bill, by slow-walking Brown's swearing-in and slamming a compromise through the Senate, or by having the House pass the Senate bill, or by using the reconciliation process that would require only 51 Senate votes.

Have any of these people ever worked a precinct?

The slow-walk tactic is probably illegal, as Fred Barnes has argued in The Weekly Standard; there don't seem to be 218 votes in the House for the Senate bill (because of the abortion issue and the Cadillac tax on union health care plans); and the reconciliation process is not available for many of the key features of the Democratic bill.

Plus, the Massachusetts vote is a loud and clear signal that the American people hate this legislation. Barack Obama came into office assuming that economic distress would move most Americans to favor big government legislation. It turns out that's not so. Not when Democratic bills would take away the health insurance most of them are content with. Not when it's the product of backroom deals and blatant political bribery.

But Brown's victory was not just a rejection of Democrats' health care plans. Brown also stoutly opposed the Democrats' cap-and-trade legislation to reduce carbon emissions. He spoke out strongly for trying terrorists like the Christmas bomber in military tribunals, not in the civil court system where lawyers would advise them to quit talking. He talked about cutting taxes rather than raising them as Democrats are preparing to do.

Brown's victory represents a rejection of Obama administration policies that were a departure from those of the Bush administration. In contrast, on Afghanistan, where Obama is stepping up the fight, Brown backed Obama while his hapless left-wing opponent Martha Coakley was forced (her word) to oppose it to win dovish votes in the Democratic primary.

Democrats will be tempted to dismiss Brown's victory as a triumph of an appealing candidate and the rejection of an opponent who proved to be a dud. But Brown would never have been competitive if Americans generally favored the policies of the Obama administration and congressional Democratic leaders. In that case, even a dud would have trounced the man who drives a truck.

Unfortunately, there was no exit poll (because news organizations didn't think this would be a seriously contested race until 10 days ago), and so we can't be sure whether, as at least one pre-election poll indicated, Brown swept young voters in a state where they voted 78 percent to 20 percent for Barack Obama.

But a look at the incoming election results in Massachusetts's cities and towns shows the depth and breadth of his support. Brown ran especially far ahead of John McCain's 36 percent in blue-collar areas, and turnout was sharply down in inner-city neighborhoods of Boston and old mill towns.

In other words, those who are supposed to be the beneficiaries of the Democrats' health care and "spreading the wealth around" either trended Republican or stayed home.

Brown's gains were not as great in areas dominated by what the New York Times' David Brooks called, perhaps archly, "the educated class." Cambridge and Amherst remained solidly monopartisan. But in suburbs with many upward strivers, people who (like Brown) have worked their way from the economic margins to some comfort, turnout was almost as high as in November 2008. Towns that split evenly in the presidential race went two to one for Brown.

Obama and "the educated class" think they know what is best for the little guy. The voters of Massachusetts (Massachusetts!) beg to differ. Is anyone in the White House listening?